There is a less abstract way that the mountains in Bali can help in understanding life on Bali. If we stripped them of all their symbolic associations, the mountains remain as huge piles of volcanic rock, powerful evidence of how Bali was formed many millennia ago.

Bali is located in one of the most dynamic and complex regions of volcanic activity in the entire planet, even geologists themselves cannot completely agree on mapping its dynamics. But a basic geological model can reliably be used toward a basic understanding of how Bali island originated. This model is based on two main dynamics. 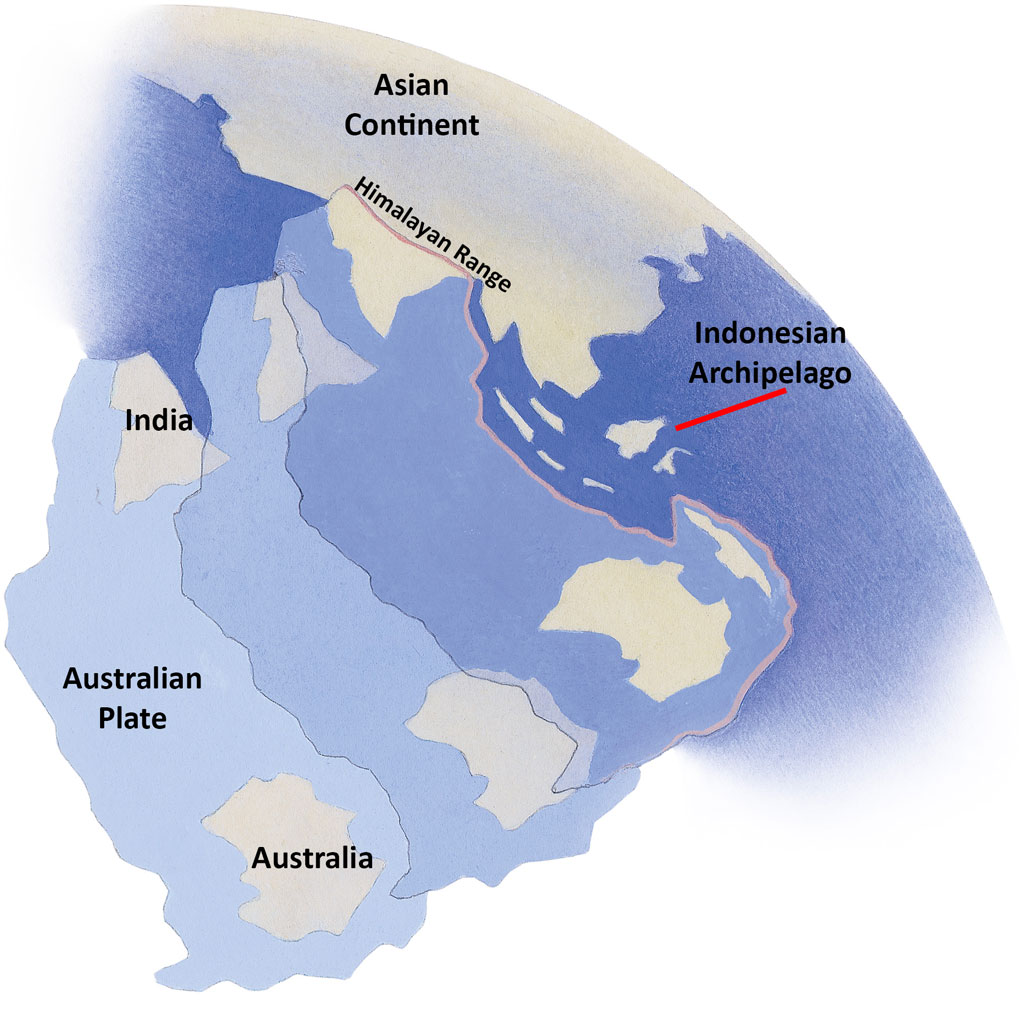 The first model characterizes the planet as a huge magnet, creating a large magnetic field around and within the earth. The second dynamic of this geological model characterizes the earth as made up of layers of semi molten rock, with only the immediate crust having cooled and solidified. Earth’s geological tension is caused by the interaction between these two dynamics, the magnetic forces acting upon the molten and unstable layers beneath the thin crust. The magnetic forces causes these layers to shift and flow, occasionally this shifting causes the brittle outer layer to crack. The resulting broken pieces of the outer crust are called plates, the thickest types of them form the great continents, the thinner ones form the ocean’s floor. The restless interior of the earth continuously pushes and pulls these plates and causes them to drift and collide with each other.

One of these continental plates is called the Indo Australian plate, it has been relatively active during earth’s long history. It has moved eastward from earth’s initial unified land mass until it collided with the Asian mainland, the Euro Asian plate, hundreds of millions of years ago. One of the results of this collision was the fusing of the Indian subcontinent with the rest of Asia. The ‘rubble’ caused by this line of collision is commonly known as the Himalayan mountain range. The other result was the collision between the eastern edge of the Indo Australian plate into the western plate of the Eurasian plate. The rubble from this collision did not rise above the surface as a great mountain range, but was forced back into the molten interior of the earth.

None of these movements happened quickly. In fact they are so slow that we can actually perceive them. But there is so much material involved and the forces so great that this line of collision, from Sumatera to Irian Jaya, is one of the most critical areas of geological stress on the planet. The cracks in these two plates caused by their collision allows molten material to be released to the surface, forming volcanoes. The series of volcanoes along this line of collision is famously called ‘the ring of fire’ and this beautifully describes them. The eruption and re-eruption of these volcanoes formed the string of islands along this line, including Bali. 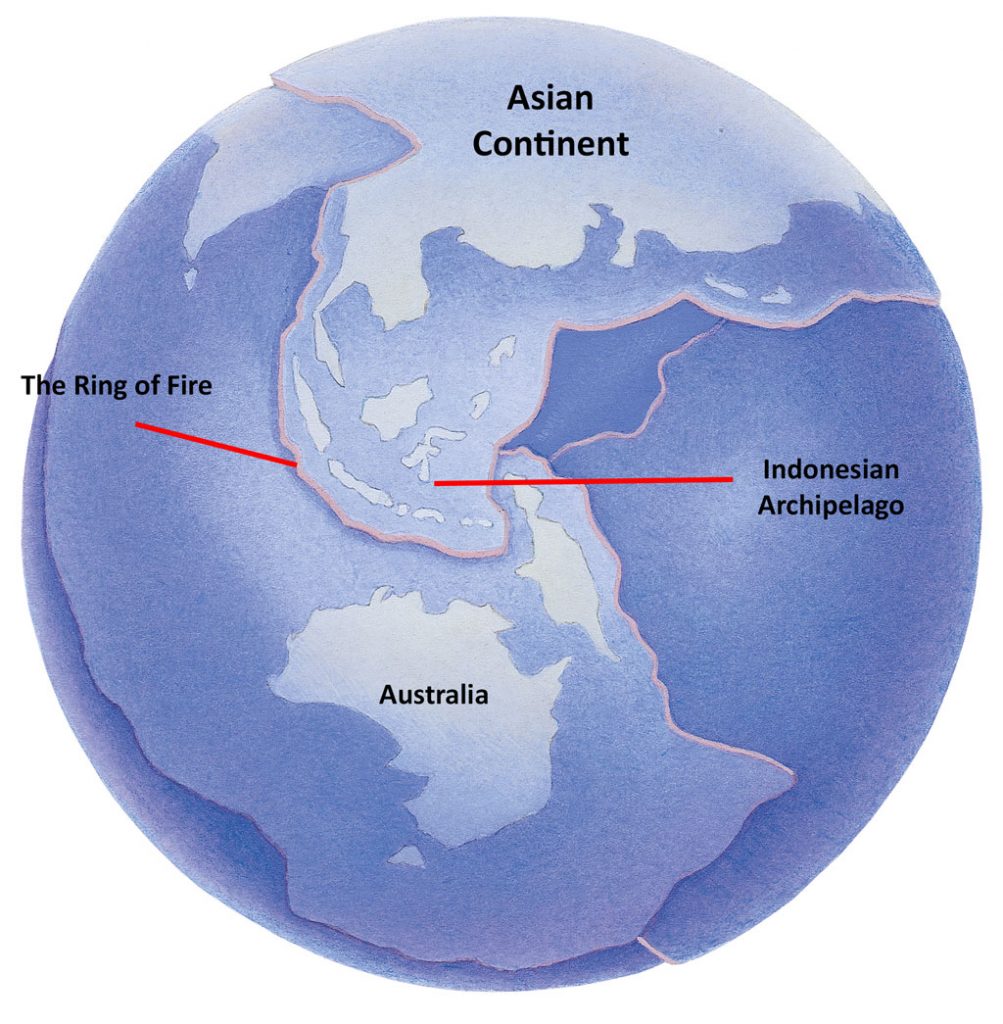 Each news item reported from Indonesia about a volcano, tsunami or earthquake is powerful evidence of the continued movement of the Indo-Australian plate into the Asian mainland. The earth is never static but is constantly forming itself. If you are reading this in Bali you can be sure that there are massive forces quietly at work beneath your feet. 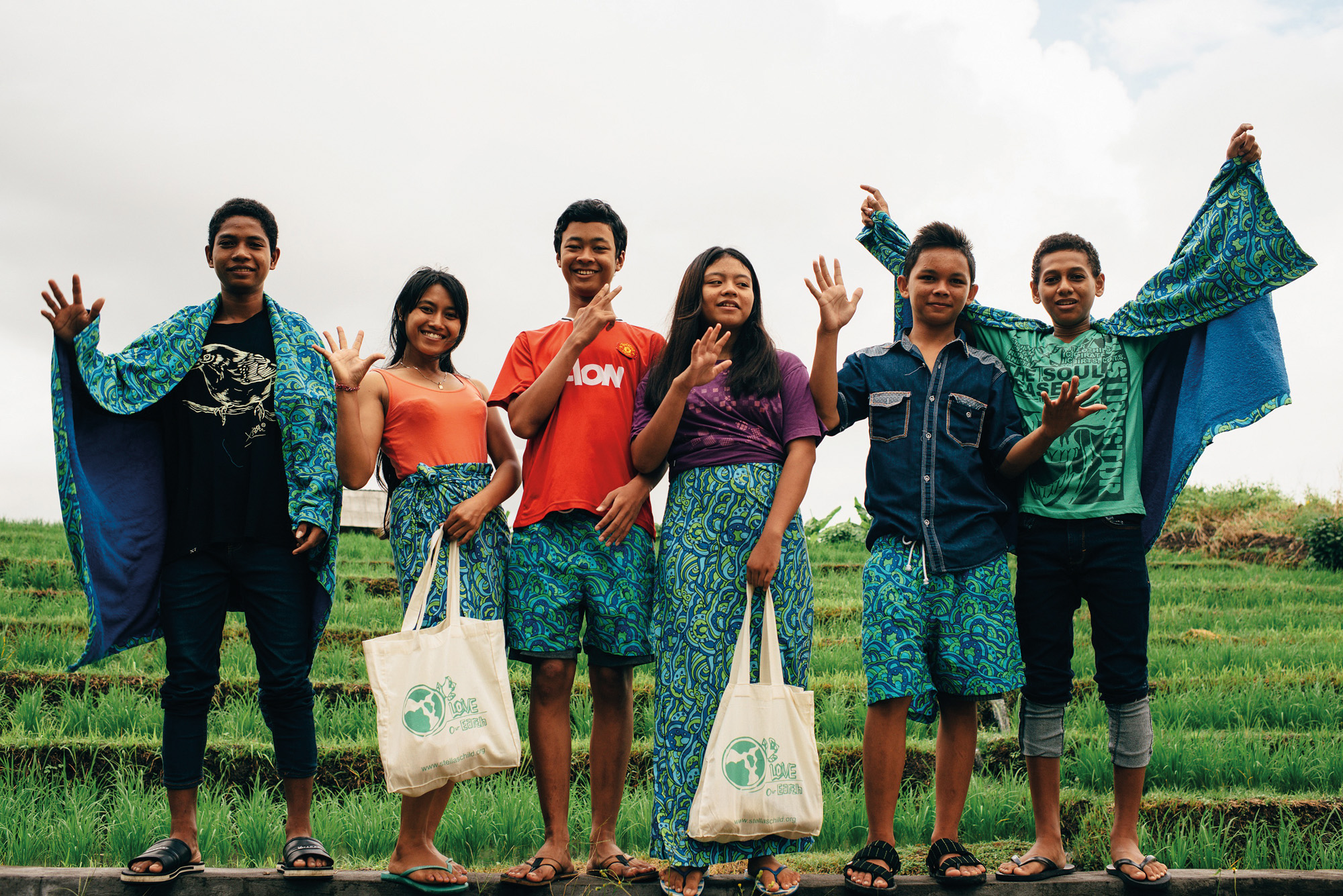 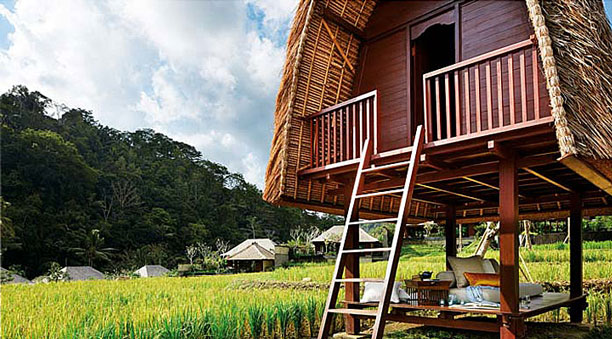 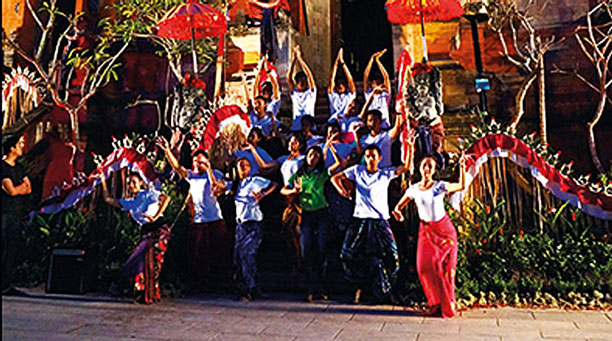 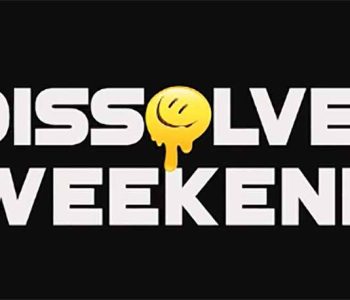