Driving around to the deep corners of the island on your own could at times lead you to pleasant surprises, especially if you get lost! Of course, getting lost could be one of the most frustrating ideas, but during a holiday on the island, this could mean a closer encounter with everything that is ‘real Bali’ – not to mention that there are plenty of interesting things going on off the main streets. And going west is just the way to do it!

West Bali in general is a place where you can feast your eyes on its awe-inspiring landscapes. The enchanting natural beauty that awaits you certainly justifies the long drive. This region is still relatively quiet (unlike its southern counterpart), and to avoid getting lost, bring a map and familiarize yourself ahead of time with two or three of the towns you will encounter along the route.

This western part of the island is popularly known for its West Bali National Park, an area that is very varied with rainforest, dry savanna, acacia scrub and lowland forests, as well as more montane forests in the higher centre. One hundred and sixty species of bird have been recorded in the park, including the near extinct Bali Starling, Bali’s only endemic vertebrate species. Mammals found inside the park include Banteng (bull), Javan Rusa (deer) and Indian Muntjac deer are quite widespread, Wild Boar and Leopard Cats are both quite common but seldom encountered.

Natural beauty takes the larger part on the south coast of West Bali, with the ocean and terraced rice fields luring passers by to make a stop and snap some shots. You will encounter several busy towns of Tabanan along the way. This southern track is much busier that the one in north, for it carries the bulk of commercial traffic to and from Java.

Entering West Bali from the south, you will encounter the Pupuan area. The region’s landscape that is both spectacular and the home to the grand sight of terraced rice fields that carpet the ground for as far as the eyes can see in Jatiluwih. Comprising of over 600Ha of rice fields that follow the flowing hillside topography of Mount Batukaru range, Jatiluwih sets an exceptional example of the Balinese water management cooperative known as subak, which dates back to the 9th century.

You can find a number of restaurants along the small road overlooking the rice terraces. From here you can enjoy the lovely view of Jatiluwih while having a meal (international and local cuisines), or a cup of coffee, letting time slip by. Different from its Tegallalang counterpart in Ubud, Jatiluwih allows the visitors to really enjoy the largest and most picturesque expanse of paddies on the island undisturbed, for tourist jams are not a common sight here.

The winding roads along this area can also lead you to one of Bali’s least known wonders, Bunut Bolong in Manggisari village. Bunut Bolong means “ a tree with a hole” and is a sacred tree with a big hole on its base, so big that even a truck can go through it. It is situated on the ridge of a hill flanked in the east by a clove plantation and on the west a gorge bordered by a lush green tropical forest. The road is constructed through the tree as the tree is too big to allow road to be built around it. Moreover, in Bali, cutting down a sacred tree is out of the question – especially since it is believed that there are two tiger spirits residing in every tree. Two shrines are built on the south side of the tree to honour the great sage Dang Hyang Sidhi Mantra who happened to pass this area hundreds of years ago.

Going back to the south main road, you’ll find that the coastline of western Bali is home to one of the island’s ancient Hindu temples, Pura Rambut Siwi. With grand architecture and captivating ocean backdrops, this temple was already built by the time the Hindu priest Dang Hyang Nirartha came upon it in his travels during the mid-sixteenth century. Nirartha stopped here to pray one afternoon and he quickly entered into a deep state of meditation. During his meditative prayers, the walls began shaking. They continued shaking harder and harder, until the entire temple complex collapsed around him. The temple was in total ruins and the unruffled Nirartha sat in the middle of the shambles, unscathed.

The guard did as he was instructed. He dug a small hole in the centre of the temple grounds, planted Nirartha’s hair in it, covered it with fresh dirt, patted it flat, then began to pray. Much to his surprise (and relief!) during his prayers the temple walls began to grow up and out of the small pile of dirt covering Nirartha’s buried lock of hair. The walls kept creeping out of that hole and assuming their original position until the entire temple complex was totally restored. And that’s how it remains to this very day, exactly as Nirartha promised, virtually untouched by the ravages of time.

Meaning ‘temple of Siwi’s hair’, Pura Rambut Siwi is located approximately ten kilometres from the city of Negara in the regency of Jembrana. It sits at a beautiful location, directly on the edge of a cliff overlooking the sea. Near the rear of the property is a steep set of steps leading down from the main temple area to a small prayer grotto nearer to sea level. Perfect for meditating, this is a lovely site well worth visiting, for the temple offers a calm, peaceful and tranquil oasis.

Many know West Bali as a huge area of protected reserve, much of which is completely uninhabited. What many don’t know about is that the area is also a melting pot, for over the centuries migrants from more populated areas in Bali, Java, Madura, and even Sulawesi established communities here. And so this ethnically, culturally, and geographically diverse area offers surprises for visitors who make the effort to explore it.

West Bali’s Jembrana region entertains residents and visitors in the know with its water-buffalo race, knows as Makepung. The race was introduced about a century ago by migrants from neighboring Madura. Wearing colorful banners and crowns, their horns decorated and wooden bells tied around their neck, the bulls race down an erratic track. It’s remarkable to see such docile creatures thunder across the finish line at a speed. The daredevil charioteers often ride standing up on their chariots, twisting the bulls’ tails to give them extra motivations.

Often spotted in sight during Makepung (especially during the big competitions), is the region’s unique gamelan jegog, a music ensemble using only bamboo instruments, some of which are gigantic 3-meter long tubes. Jegog music is very fast, rhythmic, and precise. The instruments are played in specific sequences and produce some wonderful sounds, while also being visually attractive. Some have likened the resonant sounds to roaring thunder as the music can be heard from quite a distance away. Gamelan jegog accompanies traditional dances such as the tarisilat(self-defence dance) and newer ones such as tarimakepung (bull race dance).

The capital of Jembrana, Negara is one of the cleanest areas in Bali. The area’s town square is especially merry in evening time, when the locals indulge in the many streetside food carts and visitors can marvel on the brilliance of Balinese art through statues placed in the central park. Sunday morning in a “car-free day” around the town square, making it convenient to have a relaxing walk or jog.

Balinese Hindu temples and mosques are decorating a good portion of Jembrana area in West Bali, with quite a number of them located by the roadsides. But if you turn inland on the way to the national park to the villages of Blimbingsari and Palasari, you’ll come upon the home of the island’s largest Balinese Christian and Catholic communities with their impressive, distinct, Balinese-designed churches. That’s right, being an island famous for its quirkiness, there’s a small share of Christianity that adds more colour to Bali’s predominantly Hindu culture in West Bali. The area’s Palasari and Blimbingsari villages are where Christianity and Balinese Hinduism cultures are intertwined, making them unique destinations to visit for both leisure and pilgrimage journeys.

The Catholic Palasari is breathtaking with its church set on the village’s town square. The architecture is Gothic but showcases Balinese touches in the spires, which resembles the meru (multiroofed shrine) in a Hindu temple, and features a facade with the same shape as a temple gate. During certain occasions, visitors can find some locals selling figurines of Jesus outside the church. Some 100 metres away from the church is Goa Maria, cave of Maria, a pilgrimage site overlooking lush greenery of the surrounding hills. Again an interesting cultural anomaly here in the highlands of West Bali. The rest of the village offers peacefulness, with swaying palms neatly decorated on the roadsides in front of the villagers’ homes. In addition to the palm trees, manicured grass rims also adorn Palasari, making it a very neat village.

The nearby Blimbivngsari, is a religious village and the home to Bali’s biggest Christian community. Though the church in Belimbingsari is as not as extravagant as the one in Palasari, it really shows an amazing structure with features rendered in a distinctly Balinese style – instead of a church bell, there’s a Balinese kulkul (warning drum) like those in a Hindu temple. The entrance is through an aling-aling(guard wall) gate, and the carved angels adorning the church look very Balinese. Outside the church is a wooden sign saying “Gereja Kristen Protestan Di Bali” (Protestant Christian Church in Bali)

Just like how Palasari, Blimbingsari is set amongst lovely countryside. Riding up to the village one will see Muslims attending to their daily needs. This being west Bali, there are a considerable number of Muslims, for Java is not far away. The whole area around Blimbingsari feels calm, surrounded by tranquil mixtures of forest and rice fields.

Continuing to the westernmost tip of the island will lead you to Gilimanuk, the seaport that connects Bali to Java. Upon entering the Gilimanuk area you will be greeted by the intricately designed Balinese dragon gate. The area is mostly occupied by the Javanese Muslims, some of which encourage travellers to have a break and have a bite of traditional Indonesian cuisine in their humble eateries.

On the northwest coast not too far from Gilimanuk you can find fishing boats lining up on the shore. You can rent the boat for an excursion to Menjangan Island, or as transportation for snorkeling or diving trips.

The road on the north coast is considered quieter and offers en-route attractions such as Singaraja (trade centre of North Bali), Lovina (famous for its sunrise dolphin tour), Banjar (known for its natural hot springs), and Pemuteran (a haven for divers). 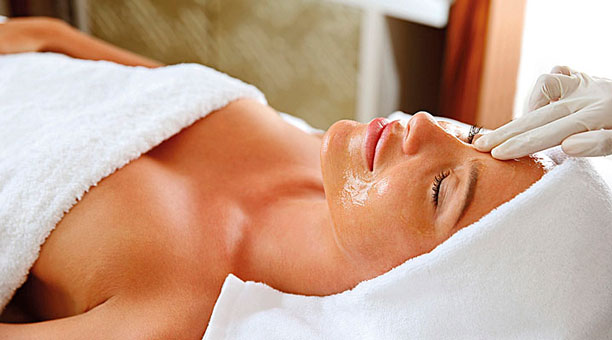 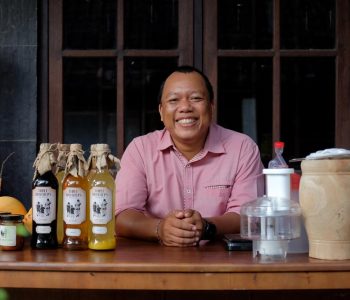 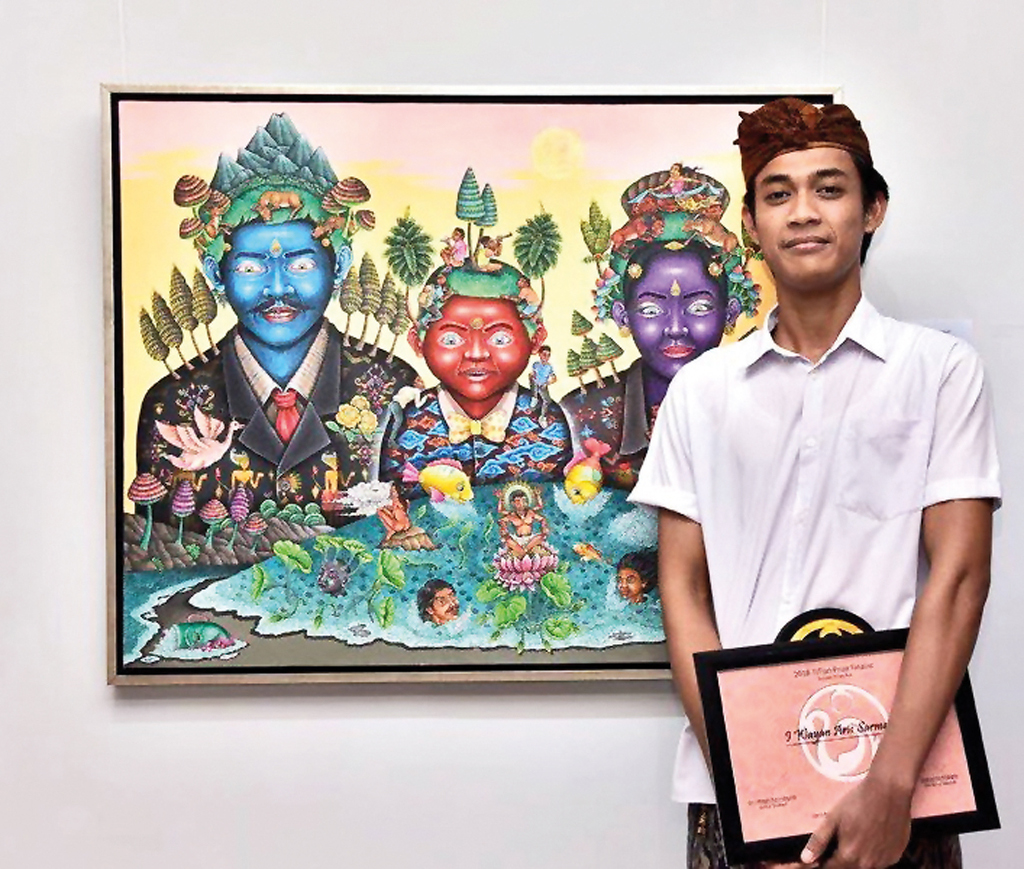