Not so long ago, lets say some time between K-Pop and the first album of The Beatles, normal people like my mother used to drink wine in simple glasses (only Champagne was drunk in something special). Wine was poured in the same container used for water or Fanta. The fashion of glasses and special shapes for special grapes came very recently, spurred on by wine magazines, British people going nuts over wine and doctors proclaiming red wine was good for health.

Wine is never drunk from the bottle, except in Manado, where I saw youngsters competing on who could drink a full bottle of wine the fastest (the winner end up in the clinic that night). Wine is at its best when in a glass, and no other drink can say that about itself. Wine in a bottle is something completely undrinkable in comparison. The proper glass helps too of course, but is not a condition sine qua non for its enjoyment. This I discovered in three separate instances:

The first experience was in Jakarta, where I was for a meeting with our sub-distributor in June. This happened to be during the month of Ramadan and of course, alcohol, including wine, was forbidden – supposedly. The meeting was in a Mexican restaurant in Kemang. Everybody was breaking their fasting. We were discussing something or other, then the band came on stage, only for one hour and any form of karaoke was strictly forbidden!We tried our luck and ordered some wine, the waitress said that bottles were not allowed on the table. The solution? They brought two tea pots full of wine, and the wine was then poured into tea cups, like real English gentleman. As my ex boss used to say, where there is a will, there is a way.

My second experience happened when I was on holiday in Kuta, Lombok, with the kids. Amazing beaches, no hipsters on the horizon, good food, no wine, no helmets. We brought our wine from home – we anticipated disaster in opening the corks. Our French host, Lulu, recommend that we try taste the fresh fish in Warung Sonya. Tables and chairs of bamboo, fish and squid exhibited on ice at the front next to the street. We ordered the parrot fish, the same you see playing around the corals when you snorkel. We took out our wine bottles and said we would pay the corkage fee. “The what?” they asked. They had no idea what we were talking about. “Just drink it,” they said. It was clear that asking for a wine glass was futile, instead we received two big Anker beer glasses. Too big, said my wife. Finally we were presented with two brown tea cups. No matter, the fish was so good that even the wine tasted good too.

My last experience happened in Bali last month, in one of Bali’s classic restaurants. You know, one of those places that has been open for decades, since when Kuta was a home for travelling hippies and free love was the way of the world. The food was standard, nothing good, nothing bad.  A surprisingly good wine list though. We were eight friend, we order two bottles of Argentinian Malbec. When they brought the glasses however, every single one was different. We complained but alas this was all they had! We drank our Malbec (two-thirds of the bill) from those nasty canisters, nothing smelled good or bad, nothing tasted good or bad either. “Lumayan biasa” in proper Bahasa. There is only one certain conclusion about this glass drama. Crystal or glass, cups or canisters, plastic or paper cups, wine is always a drink to share. The need for glasses is proof of this, otherwise we’d be drinking it out of a can, like beer. No thank you! Wine is to be shared and enjoyed with others, in glasses, with a cheers, salud or prost! 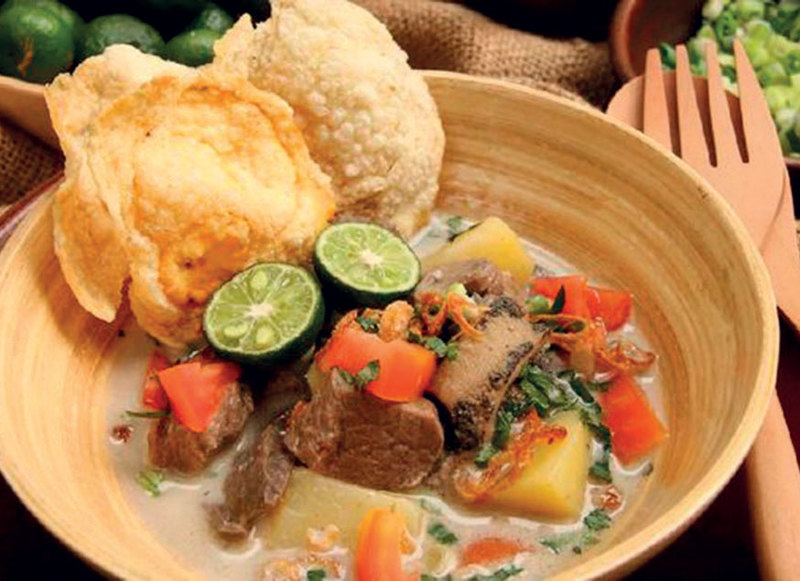 Soto Betawi: A Classic Dish from The Capital 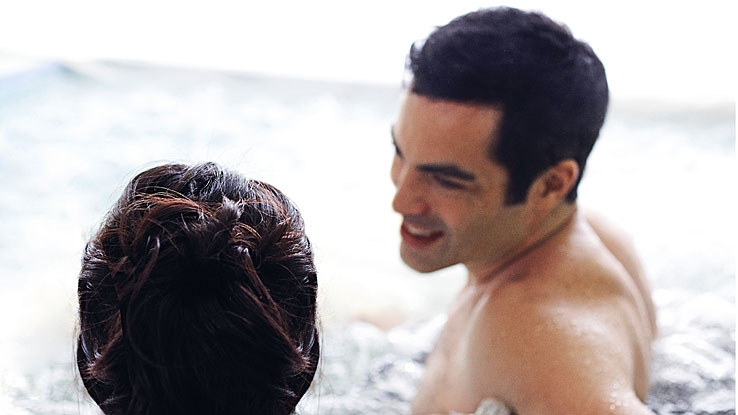