Shaped like the traditional Keris dagger, Badung regency is home to the island’s famous Kuta, Seminyak, Canggu, Jimbaran, Uluwatu, and Nusa Dua. But up on the region’s north, you’ll find a different Badung, especially with the absence of the cliché hotspots crowded by the millions visiting Bali.

Badung is the wealthiest, most developed regency in Bali. The region is home to plenty of the island’s best resorts, restaurants, bars, clubs, and designer stores. Some of Bali’s most renowned beaches such as Kuta and Seminyak are also to be found here. Badung’s Canggu, with its hip coffee shops and cool hangout spots, is burgeoning in popularity. On top of that, one of Bali’s most frequented, most photographed temples, Pura Uluwatu, also finds its home here. The list goes on.

But if you venture out to the north of the regency, you’ll find the ‘real Bali’, not the ‘world-class’ Bali found on the region’s south. Here you get to soak in the beauty of Bali’s nature, visit lesser-known temples, and learn about the local myth and legend directly from the villagers.

On the northernmost of Badung, you’ll find an area called Tukad Bangkung, home to the tallest bridge in Bali. Loosely translated to “the river of mother pig”, Tukad Bangkung has an interesting tale to tell to the visitors to the island. It is said that river is the residence of an invisible female pig. In the old days, when an adequate road hasn’t been built, the said pig required a number of ‘sacrifices’; thus strange accidents took place quite frequently in the area.

Tukad Bangkung now has one of the smoothest asphalted roads in Bali. Little shrines, constantly visited by local residents with their offerings, have also been erected in several spots down the hill, along the banks of the river to appease the ‘hungry’ female pig. Not only that, a bridge to cross the hill and connect Badung with Bangli regency (Kintamani area) has also been spanning for more than ten years now.

Known as the Tukad Bangkung Bridge, the bridge spans as along as 360m with the highest pillar at 71m plus 41m dug down into the earth; these numbers make Tukad Badung the (currently) tallest bridge in Bali. Built with balanced cantilever technology, the bridge is expected to last 100 years. The construction is also predicted to an stand earthquake up to 7 on the Richter scale. To minimise impact to the surrounding nature and obstruct the view, the bridge was built without a canopy.

A number of local warungs selling Bakso or the typical Balinese meatballs and local snacks stand at one edge of the bridge for visitors to enjoy the view. If you wish to hear fascinating stories about the area, you can always have a chat with the ladies tending their eateries.

Tukad Badung is part of Plaga village, an area of less visited agrotourism. The wide variety of vegetation grown by Plaga residents make the concept of agrotourism able to be developed here. The most developed plantation products in this village are various kinds of vegetables, fruits especially strawberry, vanilla, coffee and corn.

Driving some 30 minutes south from Tukad Badung you’ll find an area called Bukit Sari, home to Sangeh Monkey Forest with its Pura Bukit Sari. The 13-hectare forestland of Bukit Sari is a protected grove of nutmeg trees where tribes of monkeys dwell. The sanctuary is considered sacred, where the macaques inhabit both the woods and the centuries-old Pura Bukit Sari, the biggest out of four temples located deep within the forest. It was once a ruin until the Mengwi kingdom ordered for its restoration and even the expansion of the temple. And just like Tukad Badung, there’s an interesting tale about the monkeys and temple of Bukit Sari.

It is said that in the 17th century, Anak Agung Anglurah Made Karangasem Sakti, the adopted son of the King of Mengwi, received a heavenly message to build a temple in Bukit Sari. When he first arrived and saw this place for the first time he worried that perhaps his divine message was really a wrong number. This was the most barren place he had ever seen in Bali – totally void of foliage – a real disaster area with not a tree, bush or anything green anywhere in sight.

His obedience towards God’s order has turned the once barren place with no plants at all into a green wonderland surrounded and protected by trees. It is said that all the greeneries were supernaturally teleported by the God Ida Bhatara from his holy volcano, Mount Agung. However, that wasn’t the only magic occurring that day, for hundreds of monkeys were also ‘sent’ to the temple’s area to compliment the trees – hence it’s nickname today, Sangeh Monkey Forest.

These monkeys immediately started occupying their positions as protectors inside and around the temple. Some faithful elders in this area claimed that they can verbally communicate with these monkeys – but only when they are praying and focused. However, the elders did reveal that just about anybody can also communicate with these monkeys. If we are in a highly-focused state, then it is said that we can hear the monkeys talk to us – and that we are able to talk back to them – and see the trees walking around, guarding the area.

Moving on from Bukit Sari to downtown Mengwi, you’ll find a huge royal water temple called Taman Ayun. Enveloped in peaceful ambiance, Taman Ayun was built in 1634 and extensively renovated in 1937. It was the main temple of Mengwi Kingdom before its fall in 1891, when it was conquered by the kingdoms of Tabanan and Badung.

The temple compound is made up of three main areas, each a symbol of the three levels of the cosmos. The first area, Jaba, is a place for humans complete with a holy fountain and a wantilan (open space) used as a gathering place. The second area, Jaba Tengah, is the place of the holy spirits and is home to a balé with a relief showing Dewata Nawa Sanga, the guardian of the nine wind directions. It also houses a kulkul, a large wooden drum traditionally used as a way of sending announcements to the people. The third area is the holiest area and is called Jaba Jero, where the Gods reside, a symbol of heaven. It is only accessible during ceremonies and contains several unique shrines.

The name Taman Ayun translates to ‘beautiful garden’. The complex is a great place to marvel not only at early Balinese architecture but also to imagine how Balinese royals lived their life behind palace walls back in the day. Although the royal pools are far from what can be imagined during its days of glory, the moss-lined walls and green algae-filled water add to the rustic charm of the whole scenery of this centuries-old temple site. It’s a spacious place to wander around, away from crowds.  Taman Ayun shares the same anniversary day with the cliff-perched Uluwatu Temple on the south of Badung. This is celebrated every ‘Kliwon Medangsia’ Tuesday on the 210-day Balinese Pawukon calendar, when devotees come to pray, day and night. 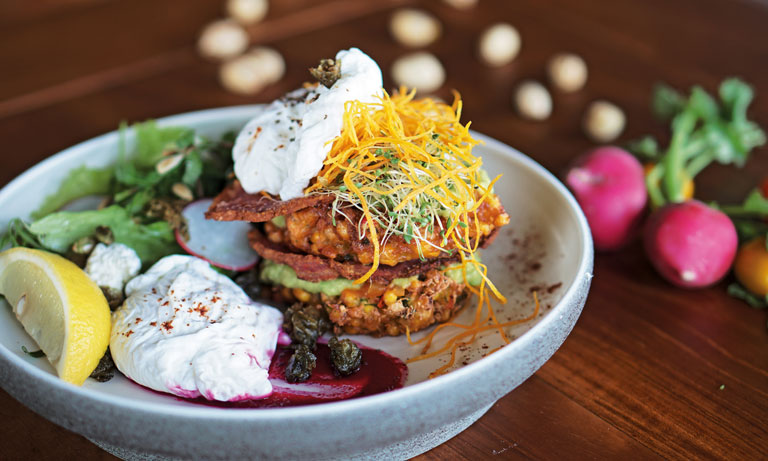 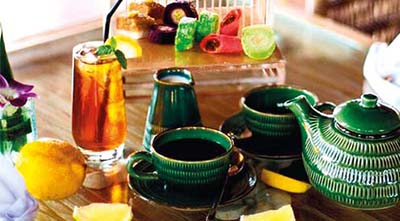 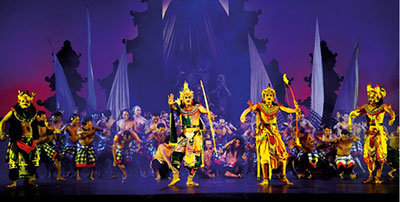 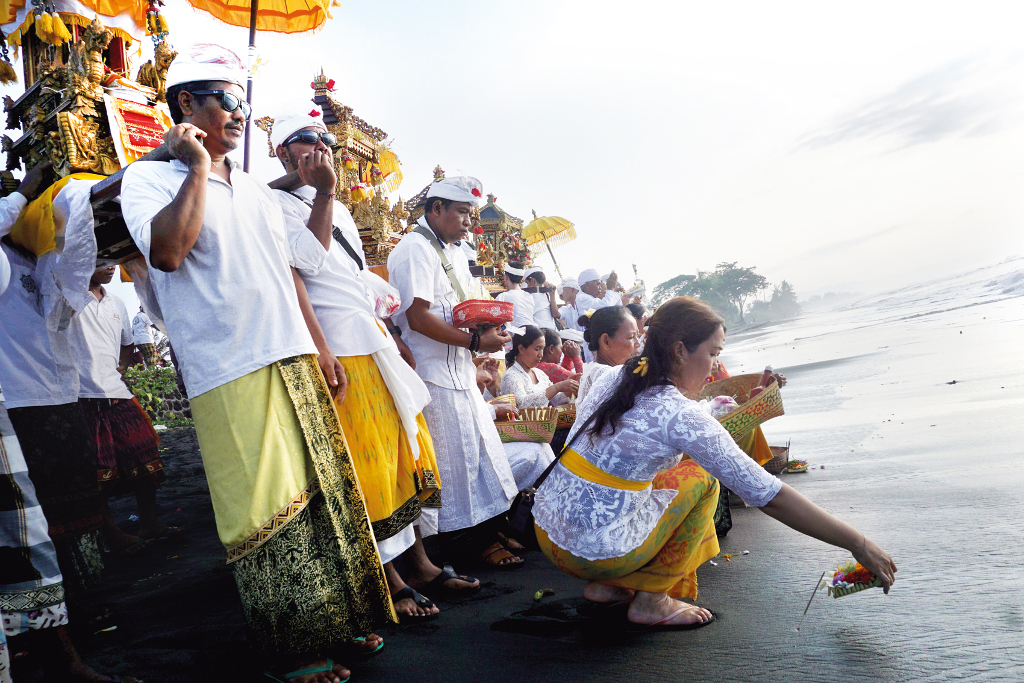 The Melasti of the Full Moon 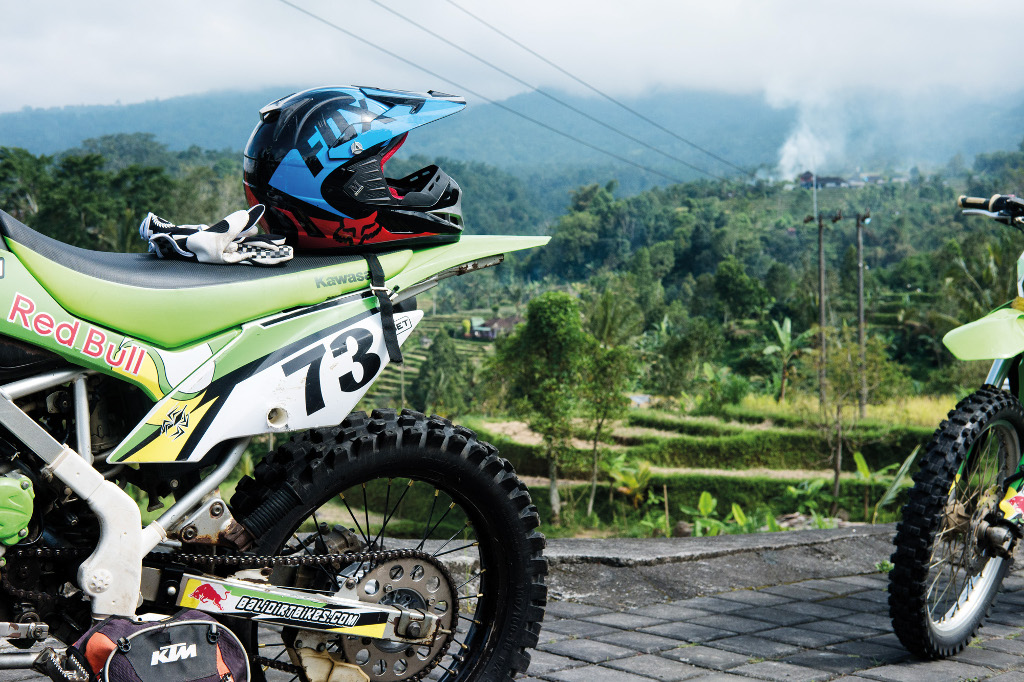