Bali’s tourism industry is passed its carrying capacity. Environmental-economist Sean Nino shares his solutions and vision on how to effectively manage the island’s resources for a greener, more environmentally-friendly future.

For the longest time, Bali has measured the success of its tourism industry based on one metric: tourist arrivals. This means that ‘improvement’ is predicated on whether the number of tourist arrivals increases or not year-on-year.

Surely enough, what follows suit is a rampant need to accommodate these rising numbers – more hotel rooms, more resorts, more transportation. The side effects of this are more water and energy being consumed, more waste being landfilled, more traffic and more pollution.

“Did you know that there are seven hotels for every Balinese village on the island?” shares Sean Nino Lotze, or Nino as he’s often called, co-founder of the environmentally sustainable design  and consultancy company, PT. Mantra Bali. “By the end of 2019, Bali counted roughly 5,000 hotels and 100,000 hotel rooms. By contrast there are only 730 Balinese villages,” he continued, restating figures he revealed in his TEDxUbud talk back in October 2019.

Now, each of these hotels takes a significant portion of Bali’s natural resources, water and energy especially, whilst simultaneously contributing daily to the waste crisis. “Last year, two of our hotel projects had to bore 100m down just to tap into a clean groundwater supply.” There are very clear signs of a water crisis and a waste crisis in Bali.

Unfortunately, the use of natural resources is almost never put into the ‘master design’ of a new hotel, beach club, restaurant or attraction. “Everyone pays attention to aesthetics, the beauty. Big budgets are spent on making something look amazing, leaving little for mindful engineering of water recycling systems, energy saving design, and proper materials and waste management. Very few people invest in that,” says Nino. This has resulted in multiple quiet crises around the island, such as an impending water crisis with groundwater at a 13 percent deficit, saltwater intruding from the coast or the eight or so landfills piling higher everyday. Very few people see this, hence they are called tragedies of the commons. Every hotel and business acts on their own interest and wants as many resources for themselves and we fail to collaborate as a collective. Nobody is aware how much we are actually taking together. Everyone just sees themselves. Naturally this continuous privatisation of resources then results in large over exploitation and air pollution, noise pollution, water pollution, loss of public space, loss of natural environment.   What we experience on a local level in Bali as an environmental crisis, is very similar to what we are experiencing on an International level in the form of a climate crisis.

Perhaps the only silver-lining to the complete shutdown of the tourist economy due to Covid-19 has been the fact this intense consumption was abruptly halted— the emergency handbrake pulling this tourist vehicle to a stop before an untimely end.

In his TED Talk, Nino challenged the industry. “We can reduce tourism’s resource consumption on the island by 50 percent over the next five years”, he stated. That’s 10 percent a year, even the most aggressive targets ask for only 5 percent. Yet, Nino strongly believes its possible, having worked closely with businesses on the island, he knows the solutions already exist We are missing a common belief, a common denominator and a system of checks and balances that guides us in the right direction.

What You Measure, You Can Manage

Mantra works with new and existing properties in Bali to streamline the way they in which they use resources and reduce the demand for them.

Using an ‘Integrative Design Process’ — which includes everything from creating a self-sufficient integrated water system, efficient energy design, reducing building heat gain, waste separation etc- they have been able to reduce the costs and consumption of businesses immensely.

They saved one resort $100,000 on their annual electricity bill; in one beach club they saved 23 million litrers of water a year, that’s enough drinking water for 60,000 people for an entire year; they saved 33 million litres for one major water park, and reduced their waste to landfill by 250,000 kilograms per year, just by making compost on site.

Nino and his team were shocked at how inefficiently designed and engineered businesses were, which was not only wasting water and electricity, but also money out of owner’s pockets. The frightening realisation was that if these few properties were consuming like this, how about the other 5,000 or so?

So, what’s the solution?

“Data is overwhelmingly effective”, shares Nino, who says even difficult, financially-focused business owners are turned through the numbers. What you measure, you can manage.

“We draw a circle around Bali and create a visualisation on how they affect this island. We know the watersheds, where energy comes from, how much CO2 and sulphur dioxide your air conditioning can create, we show staggering figures of how much waste is getting dumped. We bring this over-arching knowledge of the environment to businesses and put their property right in the middle of it… show them how their individual decisions affect everyone.”

However, as effective as Nino and his team are with individual properties, they are realistic about their own capacity. As always in the environment business, too few people have too much responsibility. It will take a whole group, an organisation, to create the change needed for Bali to secure a sustainable future.

All for One, One for All

Nino believes now is a great time for Bali to make a change. Whilst tourism is at a near standstill, appropriate stakeholders can come together and create the regulations necessary to put Bali on the right path.

Basically, there must be an island-wide standard created, a document that outlines the guiding principles in environmental management that businesses must abide by to reduce their consumption, measured purely by physical quantities (water, energy, waste etc) as the data doesn’t lie.

“This needs to come from us, the island, a merging of government, associations, businesses, consultants, local traditions and practices,” says Nino passionately. “This isn’t Earth Check or Green Globe, it has to come from the island itself, born out of Covid-19, as that’s how we create a story that inspires everyone to participate. Something to be a part of, and be proud of.” The already existing Tri Hita Karana certification needs to be given a new life, it needs a fresh start and a much bigger team.

He says quite seriously, that the approach should be like “creating a religion”, whereby these guiding principles (commandments maybe?) are followed in full faith because everyone believes in them, and therefore their actions reflect upon this, too.

Whilst design, engineering and systems are the hard investments businesses must make, Nino believes one of the most important factors for change is the Eco Champion.

This is an initiative Mantra Bali started to keep their clients on track; training up young, inspired locals that monitor and manage environmental progress in each company that they collaborate and work with. Anyone from the company can become the Eco Champion, as long as they are compassionate and have a big personality capable of facing the hurdles of change. The Eco Champion becomes the companies internal auditor, the watchdog, the inspirer within and spokesperson for their organisation.

The government bodies work slowly, and international auditors care more about scale rather than quality. Creating an internal Eco-Champion means that measurement of data is detailed and on-going. Why should they be local Balinese? “ Because Balinese care deeply for their island,” says Nino. “Overdevelopment and exploitation takes advantage of their home, their future. They will defend their island if a company’s actions are working against it.”

With a singular vision, of environ- mentally sustainable guiding principles, governing bodies and Eco-Champions, Nino wants the tourism industry to welcome guests to a new and better Bali. “It needs to be part of every businesses narrative when they start up again,” he reiterates. Not only will it be a business’ narrative, it will be the story Bali tells the world.

With a focus on measuring and controlling physical quantities, the strain on Bali’s limited natural resources will be put to ease; even if only half of the hotels, parks, beach clubs and restaurants joined the cause.

“The good guys will sign up first, and that’s fine. There’s a big shift coming, huge perception changes in the youth and tomorrow’s customers. This time, the bad guys will lose out.”

Nino had many other ideas – from waste management at village levels (check out www.mph-bali.org) to park-and-ride systems in big neighbourhoods to reduce traffic and increase the use of bicycles – but he believes that the island will see a huge shift in its environmental sustainability if the tourism sector (Bali’s biggest, most impactful industry) can band together to create a collective and collaborative change.

Find out more about Mantra Bali at
eco-mantra.com 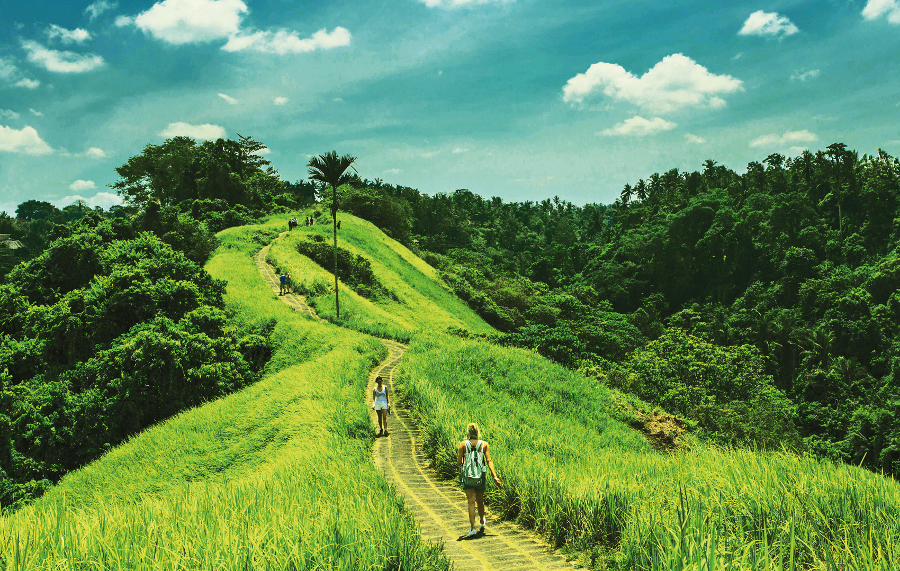 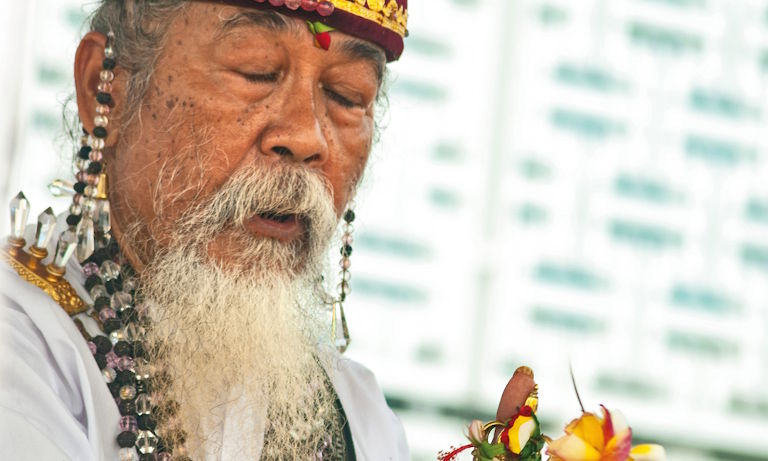 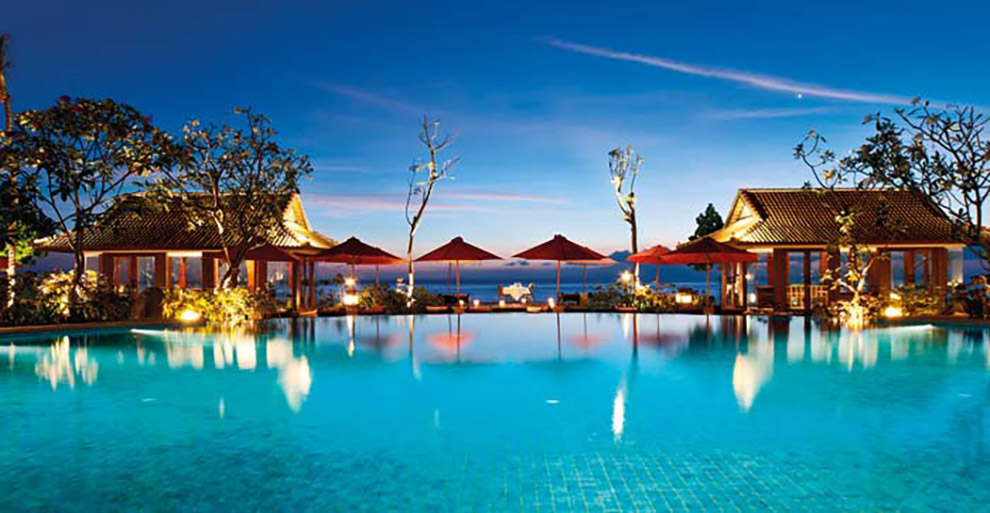