If you’ve ever wondered how Bali became a top tropical destination for globetrotters around the world, you need to look back in time and discover how the quiet village of Sanur became the gateway that introduced Bali to the rest of the world – and birthed the island’s flourishing tourism industry.

Long ago, before Seminyak became known as the dining and wining hotspot of Bali; before the elites rushed to the luxury resort complex of Nusa Dua; before health and wellness enthusiasts retreated into the lush jungles of Ubud; and before Uluwatu became a prime destination for clifftop getaways, Sanur was the birthplace of Bali’s tourism, the initial gateway that introduced the world to the then-mythical paradise and catapulted Bali into one of the top travel destinations sought after by travellers from across the globe.

A coastal stretch of beach spanning 8km in southeast Bali, Sanur is well-regarded as the quiet and peaceful neighbourhood of Bali. It is a popular residential choice for families with children as well as the older expats on the island who appreciate the tranquil and laidback lifestyle of the placid fishing village. Famously known as “Morning of the World”, Sanur is also famed for its iconic sunrises as it is the best spot on the island to catch the break of dawn along the coastline, from Matahari Terbit Beach to Mertasari Beach.

Life in Sanur today has a slower pace than the rest of the island’s more bustling areas like Seminyak or Canggu. Much of today’s younger generation doesn’t seem to see the appeal of Sanur, much preferring the western part of the island where the nightlife scene booms. However, Sanur was once the hotspot of the island, where the likes of European artists and Hollywood celebrities went to experience a little taste of paradise.

The Call of Artists

Back then, Sanur Beach appeared to be the primary entryway for outsiders attempting to gain a foothold in South Bali. During the middle of the 19thcentury, amidst the Dutch colonisation of Indonesia, the Dutch were already well established throughout the archipelago, save for Aceh and Bali. While the Dutch colonial society had emerged in Java, its neighbouring island of Bali was still left untouched. By 1906, the Dutch invasion troops entered Bali through the northern part of Sanur Beach during the intervention of Bali. Sanur was yet again the entry point during World War II when the invading Japanese forces descended upon Bali to occupy the island.

Le Mayeur made Bali his home in 1932, after falling in love with the vibrant colours, beautiful landscapes, exotic lifestyle of the island, and most prominently his infatuation with Ni Pollock, a young Balinese dancer whom he eventually married. Their Sanur home, the limelight of artistic and experimental expat lifestyle during the 1930s, was bestowed to Indonesia following their deaths and was converted into Museum Le Mayeur, a museum that exhibits many of his works.

Sanur also caught the attention of Russian-born German painter, Walter Spies, who along with Beryl de Zoete, chronicled their discoveries in Dance & Drama in Bali. Spies is widely regarded as the person who put the spotlight on Balinese culture and art in the 1930s and introduced them to Western cultural figures, as well as influencing the direction of Balinese art and drama.

Sanur’s first dip into mass tourism began in the 1950s when the Sindhu Beach Hotel and the Narmada Hotel were built. Sanur started to pick up steam, with early travellers falling under the charm of the tranquil seaside village and attracting a continuous flow of international elites. The 1960s saw the construction of Bali’s first-ever high-rise, when the Hotel Bali Beach was built (now the Grand Inna Bali Beach Hotel). This hotel was commissioned by President Soekarno through war compensation funds from the Japanese as a means of promoting Indonesia to the world of international tourism.

The traditional Balinese architecture and décor made by local artisans that we see a lot in hotels and resorts today first became popular in the 1960s, when the Tandjung Sari Hotel and La Taverna utilised this style in their establishments, setting the style trend to a greater extent. This trend was beloved by the early travellers in the 1960s and attracted a horde of celebrities, artists and musicians from around the globe. By the end of the decade, Bali’s tourism was thriving.

In the 1970s, Sanur became the focal point of a new set of international expatriates and artists, looking to experience the island lifestyle. One establishment that gained fame and notoriety was Villa Batujimbar, the brainchild of one of Australia’s most prominent artists, Donald Friend, who enlisted the help of influential Sri Lankan architect, Geoffrey Bawa, to help bring his vision to fruition. Villa Batujimbar has attracted countless celebrities throughout the years, including Mick Jagger, Sting, Yoko Ono and the late Princess Diana.

Nowadays, Sanur comprises of a collection of hotel resorts from top hospitality brands including Fairmont Sanur Beach Bali and Hyatt Regency Bali, as well as Indonesian hospitality brands, Maya Sanur Resort & Spa and ARTOTEL Sanur – Bali. You’ll also find an eclectic selection of restaurants to visit, from breakfast joints and beachfront hotspots to iconic dessert corners. What is probably the most iconic dining establishment in Sanur is Massimo, a long-standing Italian gelateria and restaurant that is considered to be a Sanur institution.

Sanur also houses a piece of Balinese history in the form of the Blanjong pillar, the oldest manmade artefact in Bali that dates back to the 9th century that was only found in 1932. Established by King Sri Kesari Warmadewa, the first king of the Balinese Warmadewa dynasty, the pillar is located in Blanjong Temple and was created in 914 CE. The pillar bears an inscription written in the Sanskrit language and an old form of the Balinese language. Housed within a protective enclosure, inscription details the king’s military campaign in the island.

It is also home to the annual Bali Kite Festival; an international kite festival held every July in the Padang Galak area where teams from the various villages of Denpasar compete and fly their homemade traditional giant kites.

While Sanur is not as bustling as the more crowded tourist areas like Seminyak, it still retains its classic seaside charm. If you’re looking for a calming and peaceful getaway, then Sanur is the right place to go. Its serene ambience is perfect for unwinding by the beach, with the cool ocean breeze blowing against your cheeks and the calm water is perfect for a dip. On clear days, you’ll catch a glimpse of Bali’s most sacred volcanic peak towards the northeast, the majestic Mount Agung. The paved walkway that stretches along the coastline makes Sanur an idyllic spot for morning jogs and cycles, where you’ll find the traditional jukung fishing boats lined up along the beach and the picturesque view of the neighbouring Nusa Penida island.

Adorned with a burgeoning array of restaurants, hotels, resorts, villas and shops, Sanur might not always cross people’s mind to visit when they come to Bali, but when they do visit, they’ll surely have a great experience that’ll leave them feeling wholesome and fulfilled. And even though many might attribute Bali’s thriving tourism to the island’s luxurious resorts, modern beach clubs and popular nightlife scene, Sanur’s historical significance as the birthplace of Bali’s tourism should always be remembered as the gateway that opened the doors to many of today’s successful establishments on the island. 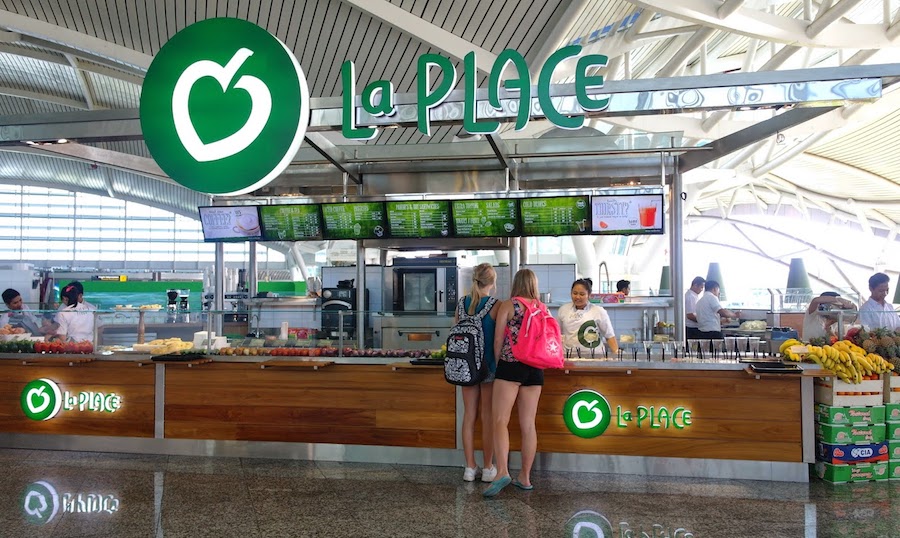 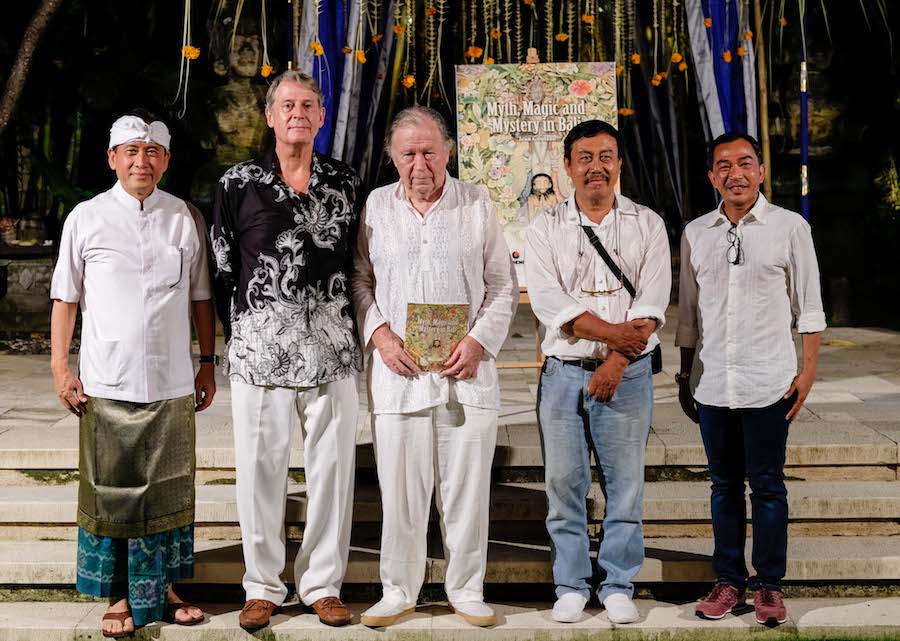 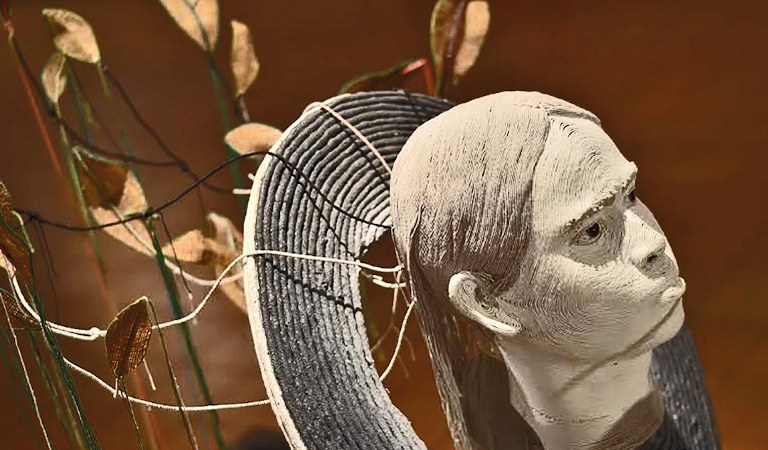 An Adventure Into Spa