The name Candi Dasa derives from the words cili dasa, meaning “ten children”. This temple, Pura Candi Dasa, is believed to be the source of fertility and abundance. And when it rains, the magic will grow even stronger. 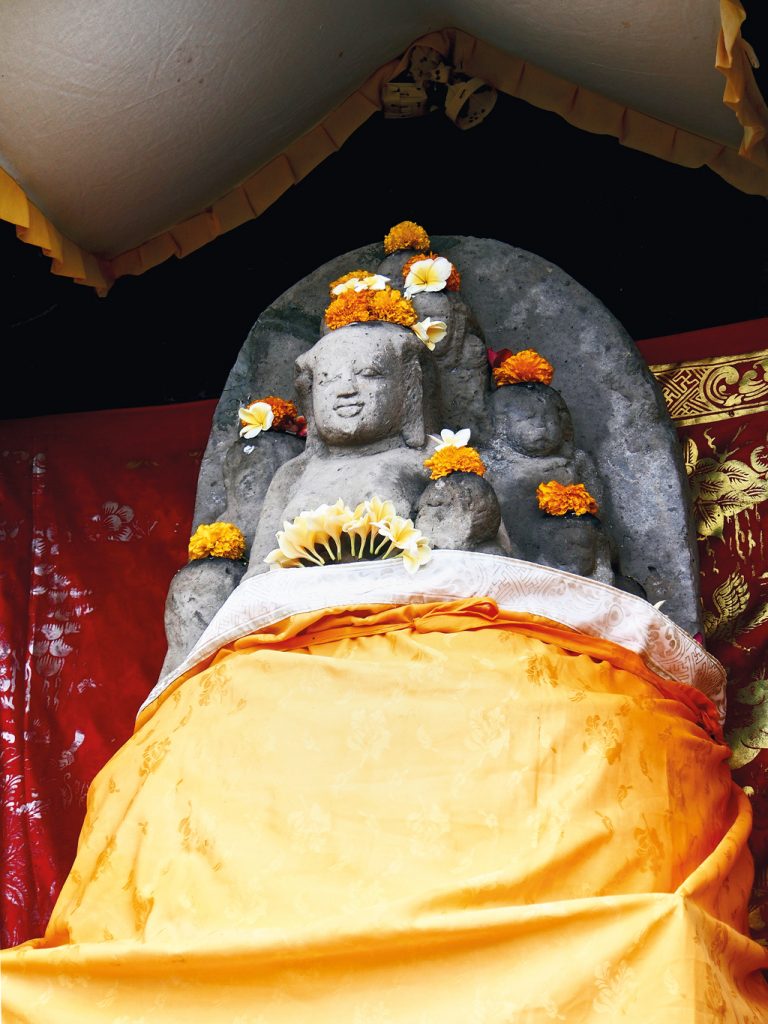 As the most popular area along the coast of East Bali, Candi Dasa provides a quiet seaside escape, away from the crowds and busy scenes of the island’s south. Nestled on the area’s main road is Pura Candi Dasa, a temple dedicated to Bali’s goddess of fertility and is where Balinese Hindus come to pray to be blessed with an abundance of children.

As the story of the temple is related by Bali’s ancients, there was a goddess named Hariti who was infertile but wanted offspring to continue her godly bloodline. She fell in love with a handsome god but failed to provide him an heir. One day, she heard some Balinese people praying for rain and when she looked down from her perch in heaven, she saw a Balinese couple who offered their prayers, standing atop a high hill and addressing their prayers to the clouds.

Sure, they wanted rain, but Hariti knew that they lacked much more. She knew that they were barren – unable to produce a child that they wanted so badly. The goddess took pity on them; their plight made her so sad that she began to cry and her tears fell as rain upon the couple. In the heat of the sudden passion of the moment, presumably caused by the magic raindrops, the couple made love right then and there.

No doubt by now you’ve guessed that their spontaneous union resulted in a pregnancy and the birth of their first offspring. And from that moment on, the goddess Hariti was fertile. So fertile that she immediately gave birth to ten children thereby making her god-husband very happy.

From that time until now, this hilltop temple is the place where the Balinese come to pray for fertility and rain – not necessarily in that order. It is said that if a couple spends the night here making love, they will be blessed with many children – especially if it rains on them! But of course we don’t recommend you following that tradition because Bali now has laws against doing that sort of thing in public. 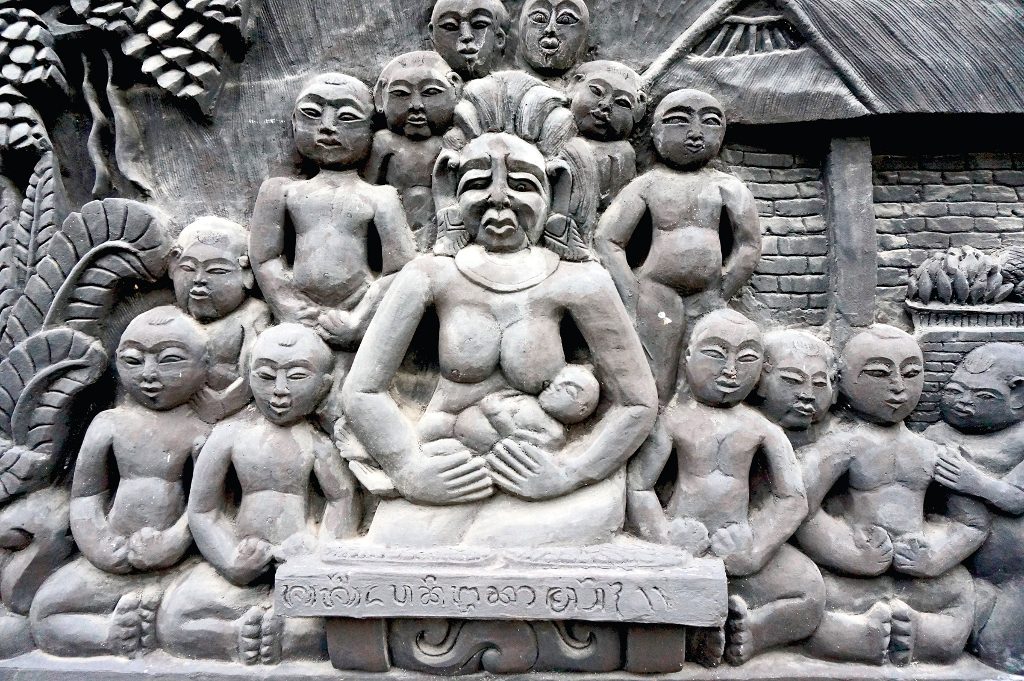 Much of the actual history of this temple is long-gone but the myths remain. All that is known is that it was constructed in the eleventh century and it received its most recent major renovation in 1961.

Right on the main road, it’s a very long flight of steps up the steep hillside all the way to the statue of the goddess Hariti – the statue of a very happy woman surrounded by lots of small children.

The old lady attending the entrance of the temple is friendly. Just tell her that you’d like to come inside to see the statue of the goddess Hariti and she will point you in the right direction. No sarong and sash rental available here, for it’s far from being a popular tourist attraction. In case you don’t have your own, you can buy a sarong from the nearby gift shops. Across the temple is a big lotus pond that borders the sea. 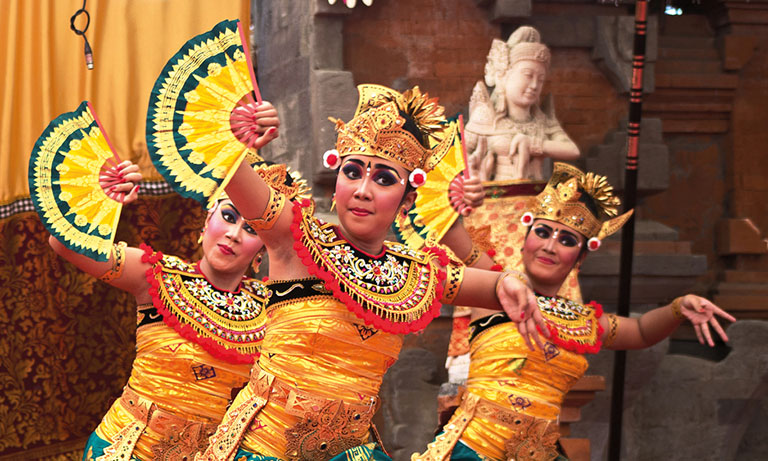 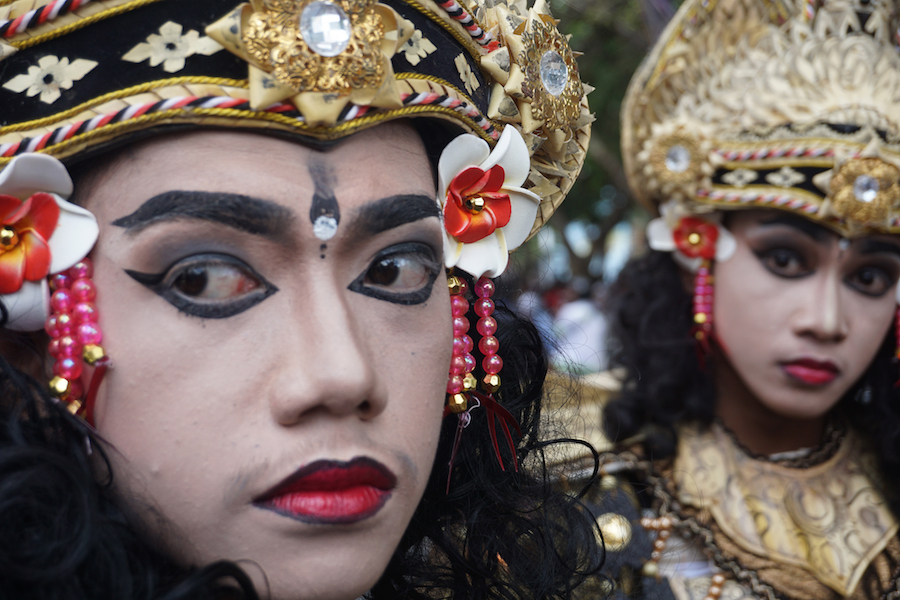 Sauh Munyi – A Promise to the Gods

Save Hundreds Of Dollars On Your Next Visit To Bali 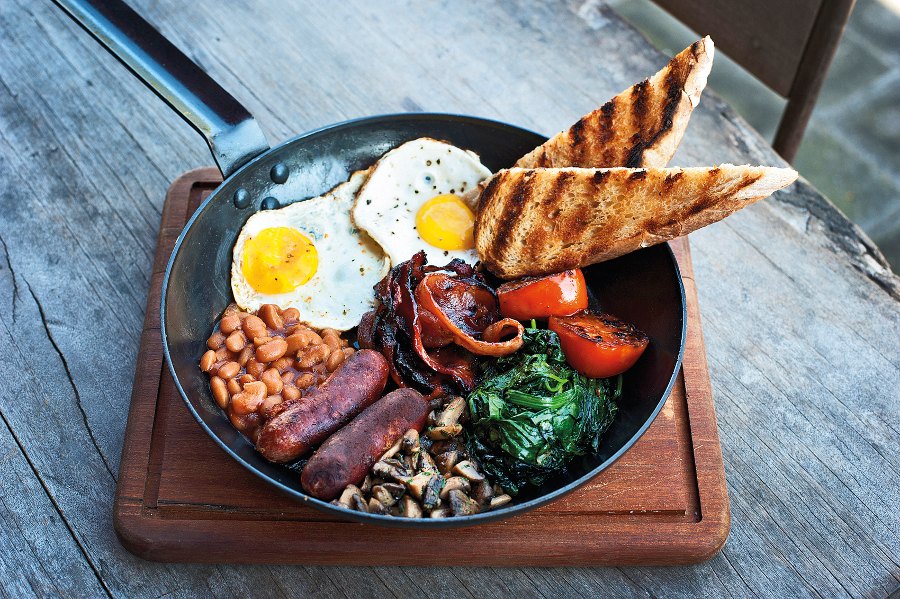