In one of Bali’s most isolated corners, at the edge of Lake Batur, stands a village home to Bali’s ‘original’ people. Here, in Trunyan, skulls line the sides of the unique burial ground, where bodies and bones are left out in the open for all to see.

On entering Kintamani, the three-hour drive from Denpasar was quickly rewarded by dramatic views of Mount Batur, standing fiercely amongst cloud and fog. The sudden change in atmosphere and climate was enough to rub the sleep off our eyes. It’s so easy to get lost in the holiday-heavy south, that it took us more than a minute to pinch ourselves and register this little piece of Bali exists only a drive away.

When the Majapahit Empire hit the shores of Bali, they occupied the island for centuries and left footsteps that are still seen today: the Balinese-Hindu culture that we know now. Even having been touched by colonisation and modern-day civilisation, some of Bali’s indigenous people still live among us and abide by their true culture that can be traced back to the 11th century.

Trunyan – or Terunyan – is one village where the Bali Aga or Bali Mula (meaning initial or original) people reside. Its distant location on the eastern shore of Lake Batur almost conveniently secludes them from contemporary influences. Though it has attracted the attention of what has been termed ‘dark tourism’.

In Trunyan, the dead are sailed ceremoniously in canoes to be left decaying overground in an isolated place separate from the parent village. Trunyan cemetery rests on the shores of a vast caldera lake and is guarded by an ancient banyan tree that the village was named after. The grand Taru Menyan tree (some frankincense or olibanum type), locally nicknamed ‘fragrant tree’, as it bears the power to absorb the putrid smell of decomposing corpses. The cemetery is 15-minute boat ride away from the village itself.

Whilst many have braved a trip themselves, Trunyan has a wealth of obscure history not any visitor can uncover alone. Past visitors have travelled without a local guide and left quite oblivious to the unique cultural background. Most tour guides arrange direct boat rides to the cemetery, skipping the village. It was tough deciding whether to tackle the trip independently or go with a guide but luckily we opted for a very insightful journey with BaliEdu Tours and Travel who offered the complete Trunyan experience. We later learned their programmes are authentic — meaning nothing is made up ‘for show’ but instead putting education, culture, and adventure at its core. Highly recommended.

On the way, the roads are steep and winding. Driving through the villages, you cannot help but notice the strange stillness. Eerie but, simultaneously, weirdly pleasant. Turns out many residents have migrated to Denpasar and other developed areas for stable employment, coming back only for holy ceremonies, hence resembling a deserted ghost town. Trunyan is situated at the furthest end, after village upon village that go by without warning.

The small desa (village) is graced by a large, but quaint temple as its centrepiece; cob-webs of mountain spiders adorn the ceilings and corners, adding to the destination’s mystic atmosphere. The temple at the time of visit had been closed for two months and to be revived on Nyepi Day with a massive celebration — a total opposite of the conventional Balinese day of silence. The informative folks from BaliEdu will have answers to your questions regarding the ins and outs of the unique culture in the village. We were also greeted by local residents who were excited to share stories of their home.

A short trek later, we arrived in Pak Putu’s house, where exceptional front-row views of Mount Batur are amongst the simple pleasures the locals wake up to. The children here have a pristine caldera lake as playground, and wooden canoes as their substitute to slides and swings. Adjacent to their home lies a bayou-esque lakeside, and lined up along the bank are several men fishing to pass the time.

From the village, transport to the cemetery was on a four-seater rowboat that came with a 55-year old captain who had the balance, energy, (and hair!) of a man half his age. We knew instantly we were in for a ride.

Along the way were dramatic scenes of green, the boat gliding through still waters on the quiet side of the lake, the verdant caldera wall climbing high above. Picture ‘James Bond Island’ on freshwater – or perhaps, given the context, Skull Island is more fitting.

Remember to look up — we managed to spot a gracious black hawk flying high above, even the locals had never seen it before, unsure of the species. You can also spot tribes of monkeys enjoying their natural habitat, if you’re lucky.

There are two stops to explore: first where ceremonies take place, and then the actual cemetery.

You may think that a village famously associated with death will be a grim experience, but everything about it oddly suffuses peace. The place of worship is unlike other ‘temples’ in Bali. There are no big shrines here, instead sacred trees – their branches fused together, connecting them as one – and a sacred boulder are found, remnants of Bali’s indigenous animist beliefs. Whilst there are shrines, the trees and boulder are considered the pelinggih, or seats, on which the ancestors or deities descend upon. It truly is an intimate final resting ground for the villager’s deceased.

Next, the infamous burial grounds that give Trunyan its name. After docking, a line up of 50-year old skulls were part of the welcoming committee.

Interestingly, children and those who died unmarried are buried underground, at a separate site. Those who pass away in an accident or commit suicide do not have a place in Trunyan and are buried under a tree outside the village. Only those married have a place in this special cemetery, where bodies rest openly overground, housed under palm and bamboo cages called ancak-saji. Why only married members of society? The belief is that wisdom is achieved after marriage; even village heads are appointed based on the length of marriage, i.e. those who has been married the longest will become the new village leader.

At first you may find it quite jarring, the amount of items piling up on site. Without context, you’re likely to assume it’s purely due to poor waste management, as an assortment of goods are scattered in front of the ancak-saji. However, the items you see are grave goods. Like the Egyptians, the Bali Aga believe in a life after death, thus these ‘offerings’ usually include personal possessions or supplies that are deemed able to assist the deceased’s journey into the afterlife. Some of the burial goods you’ll see are bowls, footwear, packaged snacks, personal hygiene products, coins, combs, bank notes, and more.

“Pak Putu’s mother is over there,” our guide explained, pointing to the far-left bamboo cage. She had been moved to the cemetery a few weeks back but all we could see was a skull and her body cloaked under a bundle of clothing.

Atop the stacked offerings was a two and half month body out in the open – a shock for the faint of heart. The cemetery only houses 11 graves at once, including one elevated spot for the head of the village. To make room for a new body, the oldest ‘resident’ will be moved outside, among the grave goods and scattered bones like broken pieces of furniture. Whilst this may seem disrespectful, Trunyan locals perceive human bodies as you would with clothing. Once the spirit is gone, the body is nothing but an empty vessel. The spirit will then reincarnate into another being — just like changing outfits.

At the sight of decaying corpses, you would expect the stench of death and decay. However, what they say about the Menyan tree is not merely a myth! Here the air is brisk, almost odourless all thanks to the ancient tree.

Speaking of myths, when the clouds are low even on a sunny day, this means Dewi Danu (the goddess of the lake) has descended to bathe or drink in the caldera. On the boat ride back, we were lucky enough to be graced by her presence, as the cloud sunk low to the water’s edge.

The majority of visitors who go to Trunyan on their own accord simply hire an expensive boat from across the lake. These boat trips only take you to the burial grounds and back, without any context. We highly advise against this as it your trip will not be worthwhile.

We strongly suggest that you take a professional tour guide, like BaliEdu Tours and Travel. This way, you will not only gain access to the actual Trunyan Village, the place of worship and the burial grounds, you will be given more cultural context (in English) to truly appreciate your surroundings. Entering through the village also provides the locals with some much needed income. Transportation, Balinese traditional attire and lunch is included as well.

About BaliEdu Tours and Travel 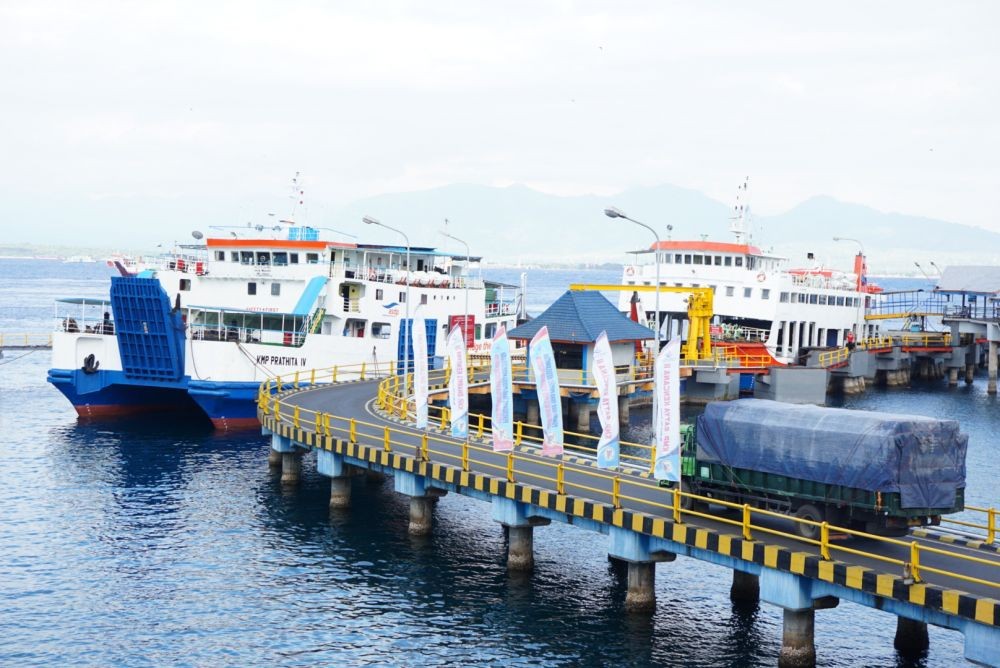 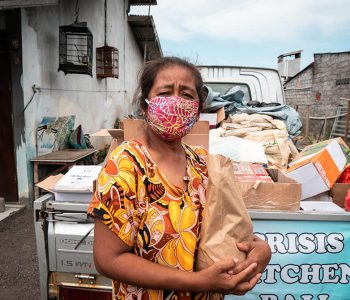 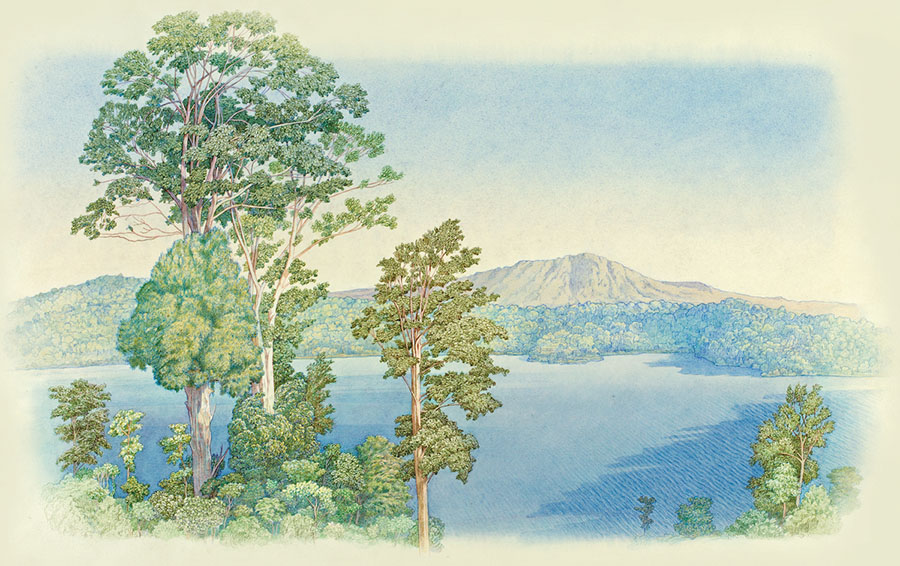 Understanding Bali : An Introduction to the Island of the Gods | Episode 16 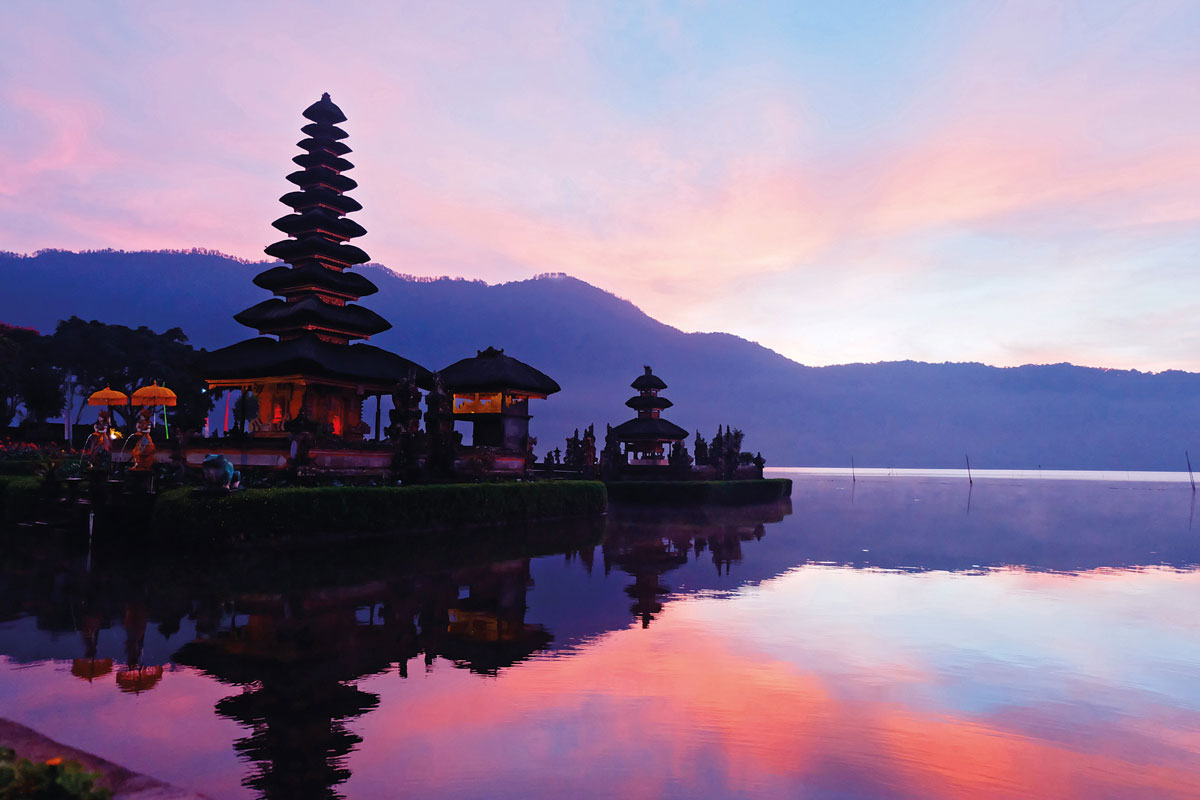 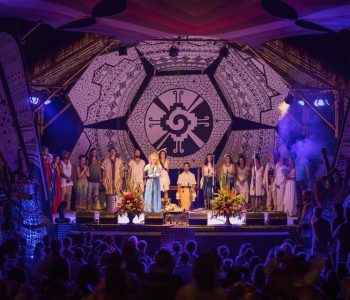