Love and sex have always been one of the most interesting fields of encounter between cultures, if not always between people. In this matter there is little which is not already known about the Balinese women and Western men relationship, the Balinese women being subjected to the luscious desire of the latter – originally as slaves, then as rewards for would-be Gauguin, and now as promotional tools of the tourism industry. Much less is known about the other configuration of the sexual partnership though: that of Balinese men and Western women. Let’s give it a cynical look. 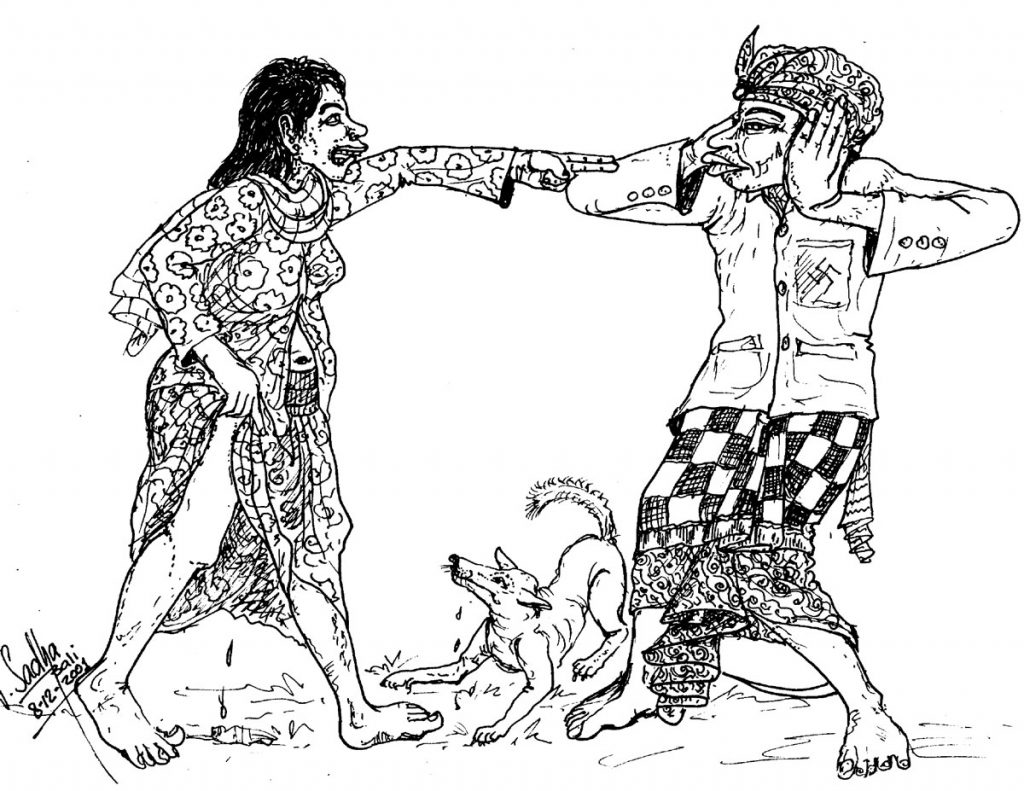 It all started in colonial times. When the Dutch built Batavia in 1619. They populated it not only with Dutch men and women, but also with slaves, many of whom were Balinese. The most famous was Untung Suropati, the Indonesian Spartacus and a great lover, who carved himself a kingdom in East Java at the end of the 17th century. A friend of the Dutch, he made a career in their army but he overstepped his rights by having an affair with a white woman. In these happy days, all white women, even of the “gutter” type were exclusively for white men’s consumption. Rather than being caught and sentenced to death Untung chose to flee and revolt against his former masters, eventually becoming a national hero in the process.

The first forebodings of change in this sexual apartheid appeared in literature at the end of the 19th century. In one of his classics, “Almeyer’s folly” (1895), Conrad depicts the kidnapping in Borneo of a half-Dutch girl by a Balinese prince, Dian. He was the first to foresee that the claim of sexual equality would precede that of political freedom.

By the end of the 19th century things took a new turn. Interracial marriages were legalized. Balinese had now the right to seduce Western women while the latter started dreaming of love with Balinese princes – Balinese were still all princes. The bed became a natural field for the political challenges of the times: to love a Western woman was a way to debunk the colonial power. While, seen from the woman’s point of view, to love a Balinese prince was a way to shatter the shackles of Western male sexist power. Emancipation was taking place in bed and sometimes in wedlock.

Many of the forerunners of Indonesian independence, who were also the first modern-educated men of the country, married Western (mostly Dutch) women: Syahrir, Lukman Djajaningrat, Ratulangi, and in Bali, Tjokorde Sukawati. Even Sukarno, a half-Balinese, partook in this process of sexual-cum-political emancipation. He ironically recalls in his memoirs how he had been strongly attracted as a youth to a local Dutch girl, adding wryly that he did not come to regret that nothing came out of it. When he met her many years later, she had turned into a shapeless matron. He had had a narrow escape, as he tells us.

Most of these early contacts between Balinese men mentioned above took place outside Bali, with the Balinese men as the active partners: “taking” Western women. Such relationships would have been impossible in Bali itself. Although the kings of old had white “bule” foreigners to show off, alongside dwarfs and other ‘weirdos’, as proof of their “ruling of the world”. None of these were ever a woman, as far as we know.

Real change did not take place before the thirties, when the image of Bali became shrouded in its paradise myth. This gave Western women the pretext they needed to cavort with Balinese princes. Those involved were no ordinary women, no Dutch civil servants’ wives, but ladies from the cosmopolitan society, who had settled in Bali. One doesn’t know whether Margaret Mead, the American feminist-cum-anthropologist, had any affair with Balinese men, but one can guess: she was a noted field researcher with sexual scores to settle. One is better informed on Vannine Walker, also known as Ketut Tantri, an adventuress who had helped set up (with Koke) the first hotel of Kuta in 1936. Suspected of collaboration during the war – some say her voice was a regular feature of the Japanese propaganda radio – she somehow (re-) made her reputation by siding with the Indonesians not only in bed, but also in their fight against the Dutch during the war of independence.

By the end of the war of independance, thus, emancipation in politics had rejoined emancipation in bed. Was the fight over? No. There remained a further step to take: to democratise. All our emancipated ladies had their affairs with princely highnesses. The next generation, will shift, Lady Chaterley-like, to commoners.

Of course, the change did not happen overnight. In spite of political independence, which theoretically put Balinese men on an equal footing with their Western brothers, Western women were at first choosy. They did not initially come to Bali for its men, but only for its culture. Following the big anti-imperialist and student movement of the sixties, Third-World cultures were then in fashion. It was culture, thus, which was to lead them to bed.

Soon, there were Western women learning Balinese dance, Balinese music, Balinese puppet show, most of it male Balinese arts. These rather “masculine” Western women, newly liberated by the sexual revolution of the sixties, were not finding themselves among ordinary natives, but in a world of gurus. Mere villagers among the Balinese, these gurus, to the eyes of these Western women, were “masters”, thus better than equals, and, therefore, acceptable partners. In the shadow of the puppets, through the dance touching of finger, culture was becoming romance. Prejudices were disappearing, or finding new channels, and souls and bodies finding their way. For want of a prince, what is better indeed than a puppeteer or dancer?

Hitherto untouchable, Western women on the prowl for gurus were unknowingly becoming sexual objects for the taking. Many Balinese youths found themselves artists, musicians or dancers. The gurus turned into gigolos, and the gigolos into gurus.

Tradition sometimes helps prejudice. The Balinese men have a way to deal with the women they don’t love any more: They are made ogresses, and, thus, can be easily disposed of without too many qualms. For example in the Ramayana epic, after the pretty Sarpanaka tries to seduce the hero Laksmana, he discovers that she is an ogress. He then rips her nose. In another story, the hero Angling Dharma, while wandering through the forest in search of his wife, comes upon two pretty women whom he seduces. When he finds out they are ogresses, he leaves them. Western women happen to share some of the physical and even psychological features of these ogresses. Is it the reason why the gigolos make such a use of them?

This attention is not always appreciated. Many Western women – to the dismay of ordinary Balinese when they hear of it – complain of being constantly hassled as soon as they show up alone in the fashionable spots of Ubud and Kuta.

Others do not complain. On account of their skin, or rather their money, they delightfully find themselves the object of sexual attention they had lost the memory of (or never got) in their country back home.

Love between Western women and Balinese men is thus becoming less and less an affair of Balinese princes and enlightened women and more and more an affair of well-trained beach boys on one side and less than dreamlike clerical secretaries on the other.

There are now and then the durable sparks of love, beyond the prejudices and beyond the cultures. 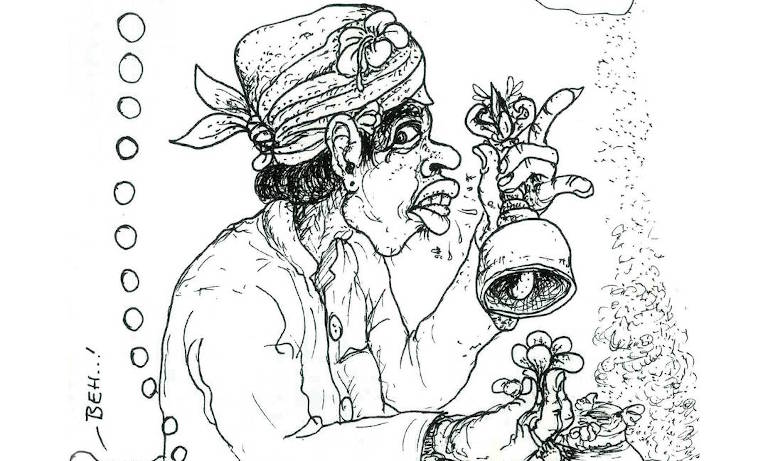 The Guardian of The Pura Taman Tukad Temple 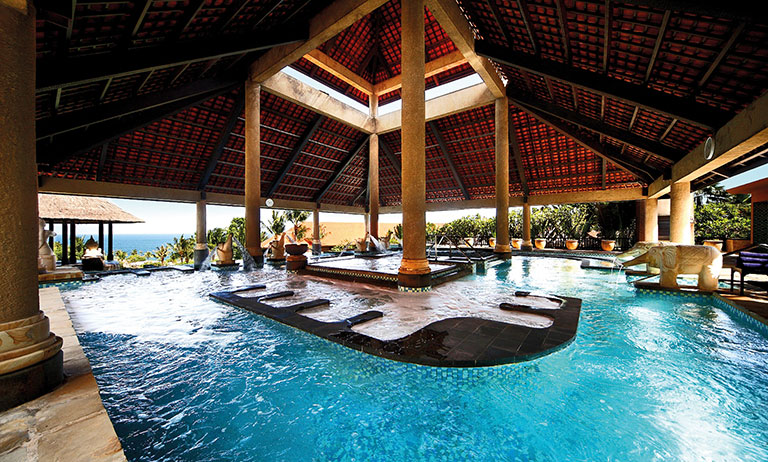 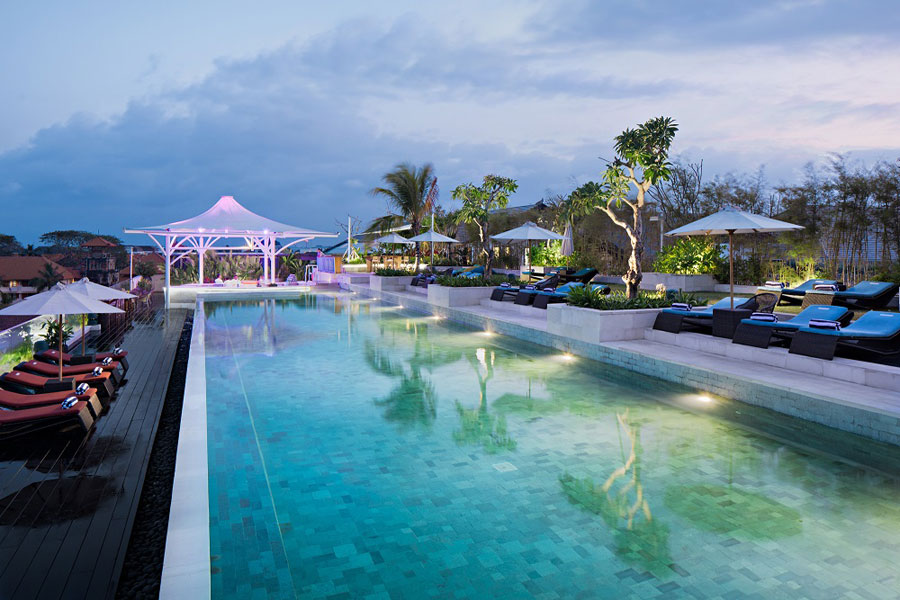 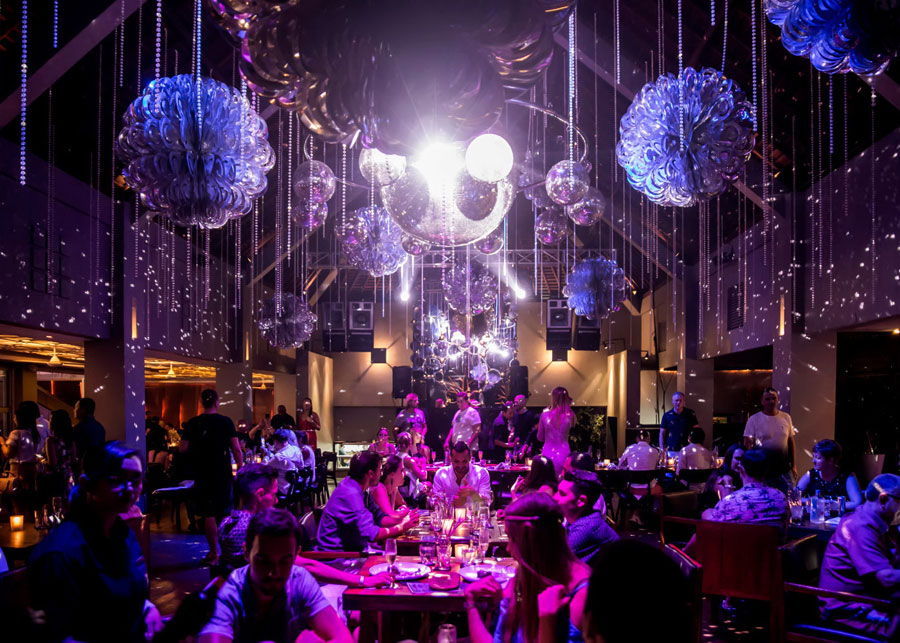 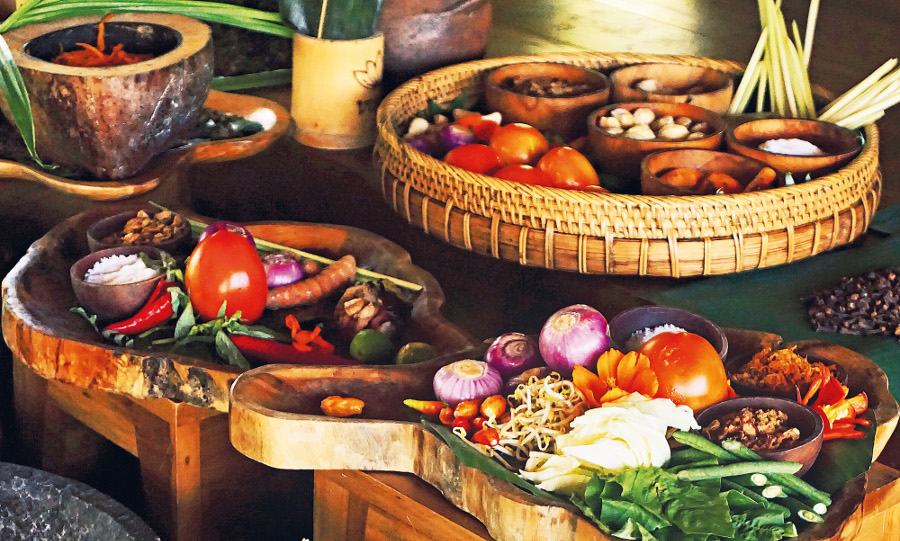