At times like this, where we are left with no choice but to be in isolation, many people might be separated from loved ones. We should always hold our nearest and dearest close to our hearts, especially now, more than ever.

Some people might be lucky enough to be with their loved ones. What better way to remind ourselves that love triumphs all than by watching some of the best tales of love and romance in movies. Get your popcorn and blankets, and get ready for some co-quarantine cuddles with movies that will warm your hearts and make you go “Awww…”

Here we share a list of the greatest tales of love and romance in cinema that will tug at your heartstrings:

Released in 2000, In the Mood for Love is a Hong Kong romantic drama film written and directed by Wong Kar-wai, a pivotal figure in Hong Kong cinema. Frequently regarded as one of the greatest films of all time, In the Mood for Love premiered at the 2000 Cannes Film Festival to critical acclaim, with the film receiving a nomination for the Palme d’Or, the highest prize awarded at the festival, and Tony Leung winning Best Actor.

Set against the backdrop of a bustling 1962 British Hong Kong, the plot follows the story of Chow Mo-wan (Leung), a newspaper editor, whom along with his wife move into a cramped apartment building concurrently as Su Li-zhen (Cheung), a beautiful secretary, also moves into the same building with her husband. With their respective spouses often away, Chow and Su’s lives frequently intersect without connecting as they regularly visit the same noodle stall. When they begin to suspect their spouses are having an extramarital affair, Chow and Su form a budding friendship as they spend more time together, though they resolve not to resort to their respective spouses’ unfaithfulness.

In the Mood for Love is a visually stunning and emotionally moving film about love, betrayal, loss and loneliness. Led by the great performances from its two leads, the film utilises its striking cinematography, production design and art direction to its advantage, enhancing the finished product as an exquisite work of art.

A fictional tale based on the historical sinking of the RMS Titanic, Titanic is a 1997 epic romance and disaster film written and directed by James Cameron. Titanic was the most expensive film made at the time and was a critical and commercial success, becoming the first film to reach the billion-dollar mark and the highest-grossing film ever at the time. The film received an astounding 14 nominations at the 70th Academy Awards, winning 11 including Best Picture and Best Director.

The plot revolves around a 100-year-old woman who recounts her experiences and emotional connection to another passenger aboard the RMS Titanic as a 17-year-old aristocrat named Rose DeWitt Bukater (Winslet). Rose, who boarded the RMS Titanic with the upper-class passengers alongside her mother, Ruth DeWitt Butaker, and her rich snob fiancé Cal Hockley (Zane), meets Jack Dawson (DiCaprio), a poor yet kind artist who wins third-class tickets to the ship in a poker game. Embarking the Titanic in her maiden voyage, Jack and Rose soon form a bond and begin a blossoming romance aboard the ill-fated voyage.

A romantic and emotionally charged film, Titanic remains to be one of the most epic yet tragic love stories in film. The spectacular visuals, flawless production and compelling story, steered by the strong and spellbinding performances of its leads make Titanic a cinematic triumph.

Released in 1995, Before Sunrise is a romantic drama film directed by Richard Linklater that is regarded as one of the best romantic films of all time. The film received critical acclaim upon its release and was praised for the natural performances from its leads and its honest romantic take on modern love.

Before Sunrise tells the story of the romance between two strangers, Celine (Delpy), a French graduate student, and Jesse (Hawke), an American tourist, who meet by chance aboard a train travelling through Europe. Enjoying each other’s company and inciting intrigue, Jesse suggests they get off the train in Vienna spend the day together. Celine agrees, both aware that it will probably be the only time they will see each other. As they explore the city together throughout the night, their connection grows stronger, making the thought of separating the following day a difficult choice.

Beautifully shot, superbly acted and thought-provoking, the simple yet compelling story told in Before Sunrise portrays one of the most charming and endearing love stories in movies.

A Hollywood classic that ranks as one of the greatest films in history, Casablanca is a 1942 romantic drama film directed by Michael Curtiz. Based on an unproduced stage play by Murray Burnett and Joan Alison entitled Everybody Comes to Rick’s, Casablanca stars A-list actors Humphrey Bogart and Ingrid Bergman. The film found unexpected success upon release and exceeded expectations when it received eight nominations at the 16th Academy Awards, winning three including Best Picture, Best Screenplay and Best Director.

Set in the early stages of World War II, the plot follows the story of Rick Blaine (Bogart), a cynical American expatriate who owns a swanky nightclub and gambling den, “Rick’s Café Américain”, in Casablanca, Morocco. Rick’s café has become somewhat of a safe haven for refugees looking to acquire illegal papers that will allow them to travel freely around German-occupied Europe and to neutral Portugal. However, when Rick’s former lover (and the reason for his cynical nature), Ilsa (Bergman), and her husband show up at the café, Rick comes across a difficult situation that will introduce unexpected problems, devastation and eventually, an agonising decision to make.

The moving performances of its actors, especially that of its two leads, the captivating plot and outstanding screenplay quality, which utilises a perfect combination of moods, action, comedy, drama and suspense, makes Casablanca a timeless piece of cinema loved even until today.

Based on the acclaimed 2007 novel of the same name by André Aciman, Call Me by Your Name is a 2017 coming-of-age romantic drama film directed by Italian filmmaker, Luca Guadagnino, from a screenplay by James Ivory. The film received universal acclaim, with praise directed towards its screenplay, direction and performances of its lead actors. The film garnered four nominations at the 90th Academy Awards, including Best Picture, Best Actor for Chalamet, Best Original Song and Best Adapted Screenplay, winning the latter.

Set to a backdrop of rural northern Italy in the summer of 1983, the film chronicles around the sensual tale of the first love of Elio Perlman (Chalamet), an intellectual and artistic 17-year-old Jewish-American boy, who spends his summer days in his family’s 17th-century villa along with his father Samuel (Stuhlbarg), a distinguished professor of Greco-Roman culture, and mother Annella (Casar), a translator.

Elio spends a great deal of his time playing the piano and transcribing classical music, reading, and flirting with his friend Marzia (Garrel). Though Elio’s mature intellect and sophistication may picture him as a fully-fledged adult, his naivety and innocence suggest otherwise, especially in matters of the heart. When 24-year-old American college graduate student Oliver (Hammer) arrives for Samuel’s annual summer internship, Elio and Oliver’s lives will be altered forever as they discover the heady beauty of awakening desire amidst the sun-drenched setting that overflows with natural delights.

Driven by the powerful and empathetic performances of its two leads, its breath-taking cinematography, beguiling production design and gorgeous costume design, Call Me by Your Name presents a beautiful and intimate, yet brutally honest portrait of first love and heartbreak. 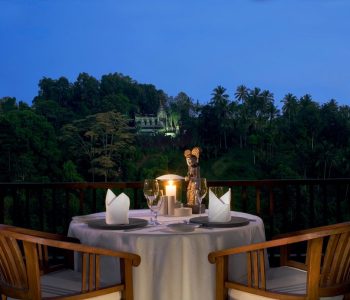 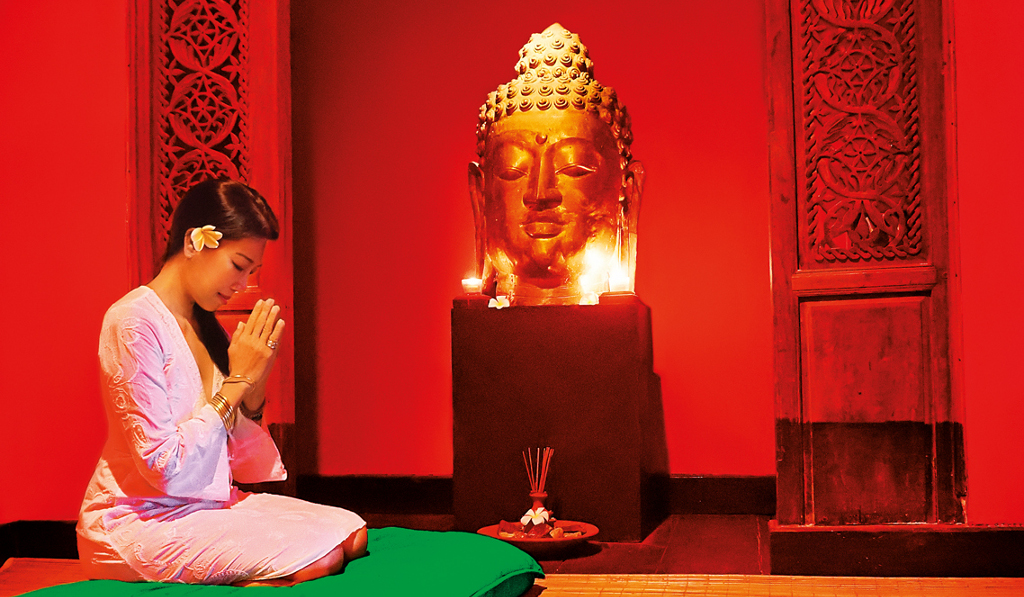 Meditation : Do We Really Need To? 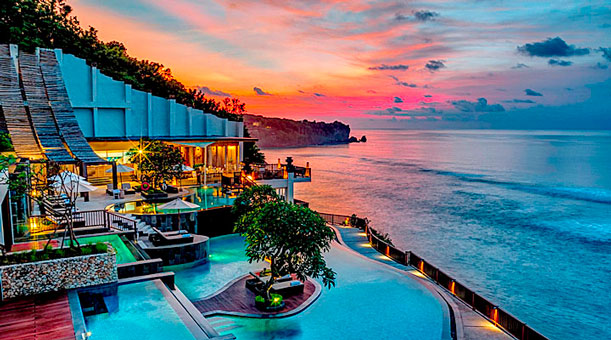 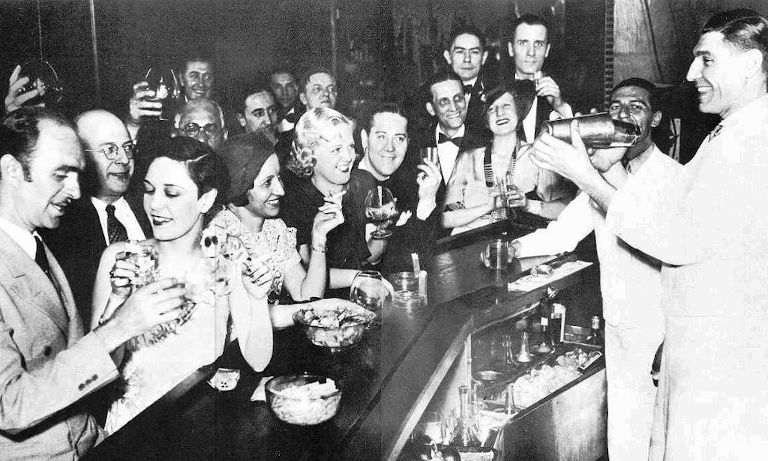 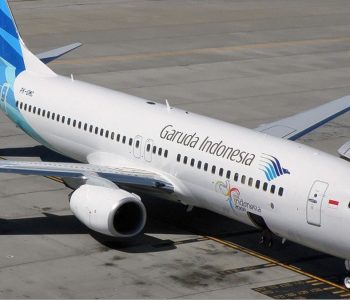