Have you ever been to a place where teams of tame buffaloes (kerbau pepadu) are dressed up like kings or lions and raced around a dirt track pulling highly decorative little carts? These carts bear jockeys. The brave jockeys stand up like heroes and push their charges to greater speeds. The less brave sit down – spoiling the look. 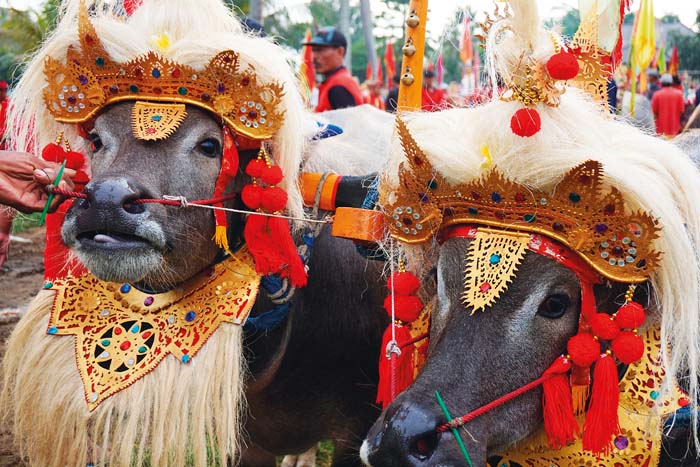 With all the fun of a country fair, the buffalo races of west Bali are a great day out. These races known as Makepung were created in the still agrarian west Bali to improve the breeding stock of cows and buffaloes.

As with most things in Bali, they soon took on a fanciful life of their own. A dose of Bali style was injected, decorations became more and more fanciful and the original ploughs were replaced with little carts. 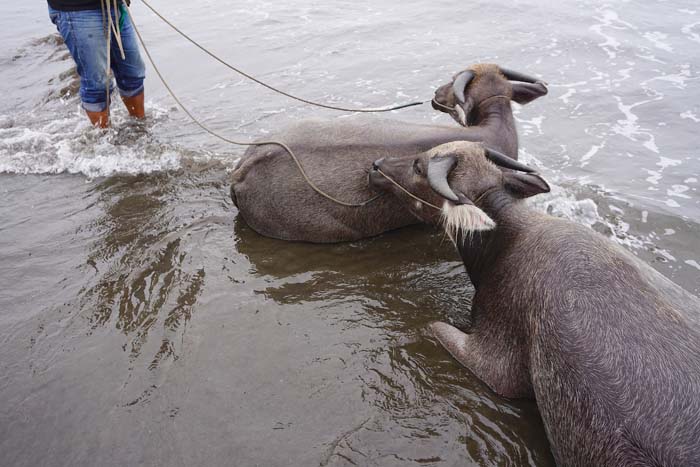 Some of the festivals even hold a buffalo (kerbau) beauty contest or fashion show! These sweet and gentle animals look just as cute as can be when wearing golden headpieces or wigs of red dyed hair are paraded around with a prize for the best dressed.

Accompanied by the haunting sounds of the jegog – the bamboo gamelan of west Bali, the enthusiastic announcer’s voice crackles enthusiastically through the very efficient PA system. 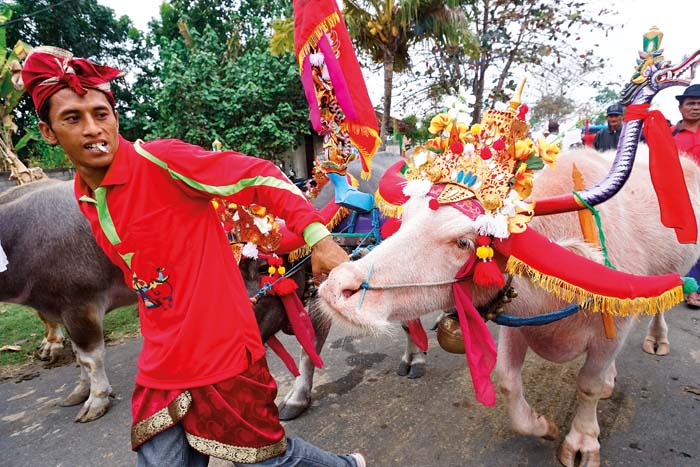 We were at the Bupati Cup 2015 held at Delod Berawah in Jembrana. A beautiful setting of rice fields by the sea was transformed into a fairground with food tents and decorated buffalo teams galore. The Bupati (something akin to a mayor) put on a great show.

Participants were all given brightly coloured shirts to increase visibility, so a sea of bright greens and reds took over from more traditional garb. In another move towards modernity, the traditional ploughs have given way to gaily painted carts – which while cute, are far from the machismo one expects at a buffalo race. So the lovely traditional garb gives way to polyester and machismo is replaced by flamboyance and colour. 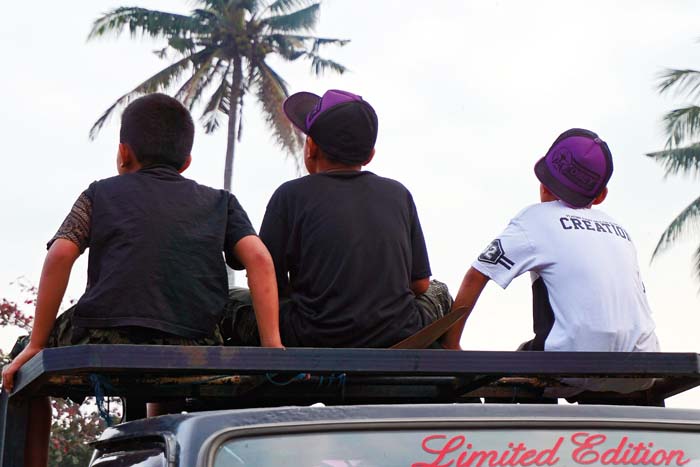 The cattle men who have been breeding cattle all their lives are a breed apart. Distinguished by their cowboy hats and hard faces, you can see that they know their chosen profession. They know their livestock and seem to treat them with love.

Even though there are signs of rough handling by the jockeys during the races, the animals are generally treated with great care. 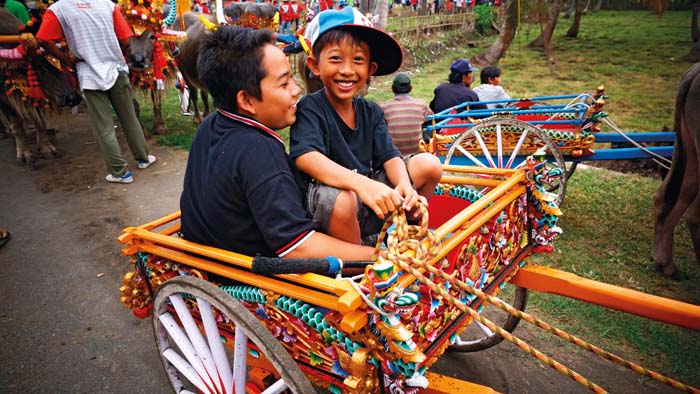 When I mentioned what we perceive as cruelty, to a little girl, she laughed and told me in her lilting Bahasa (language) that after the races they are given obat (medicine) and sayang (love) and quickly restored to their excellent condition.

The racing buffaloes compete in various open race circuits in assorted heats around the West Bali districts. The races not only help to improve the breeding stock, but also help to instill pride and keep people working on the land. 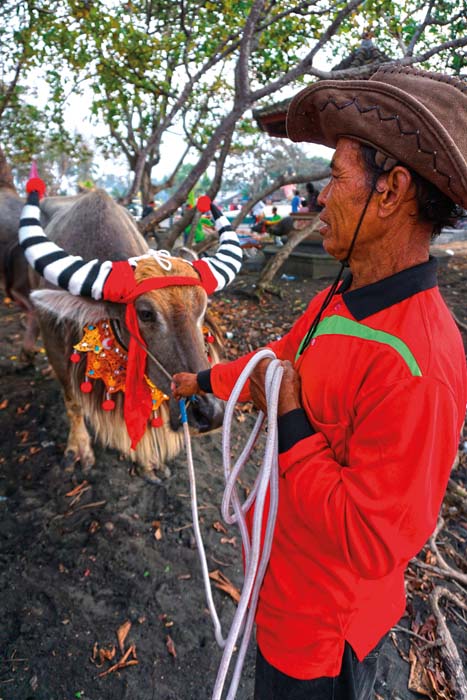 It is also an increasingly popular way to attract tourists. The events carry handsome prizes, which also encourages the farmers to continue. Needless to say, there is a certain amount of side betting that accompanies the races. While not as obvious as the betting at a cockfight, it is a definite part of the show.

While the majority of the races are done for this year, there are still several races scheduled for September and October on the following dates according to the Jembrana government Tourist Office – but as dates can be subject to change we advise you to check with your travel agent or tour guide . 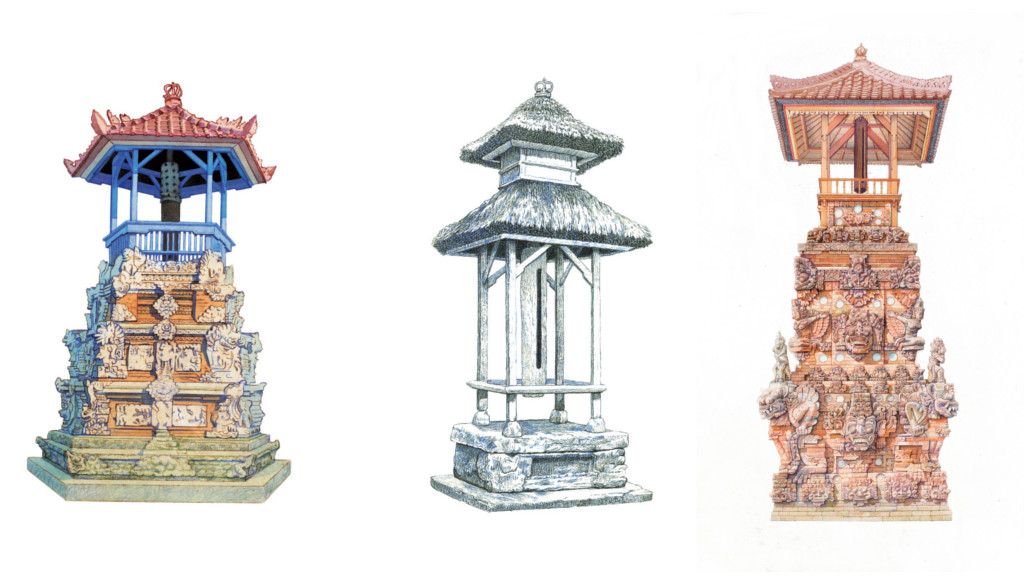 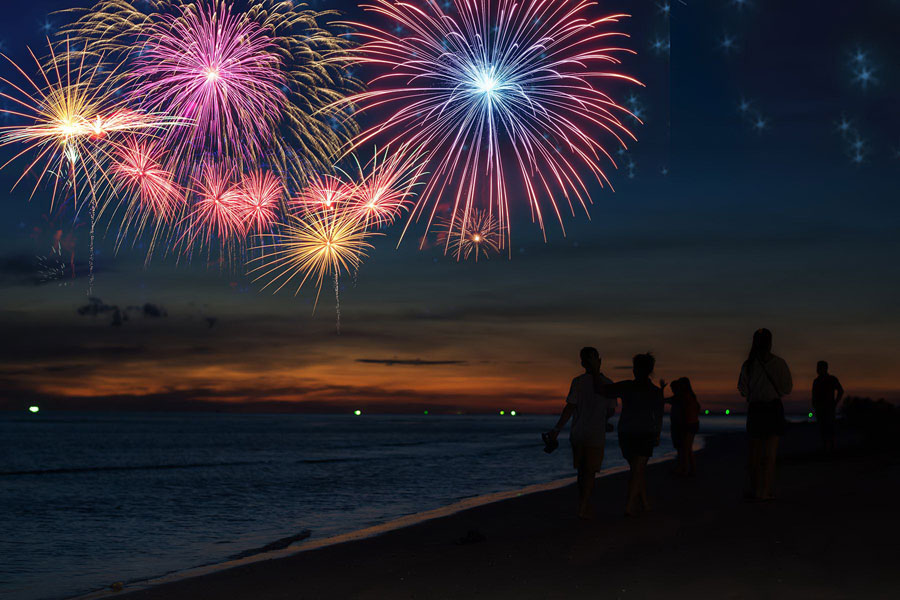 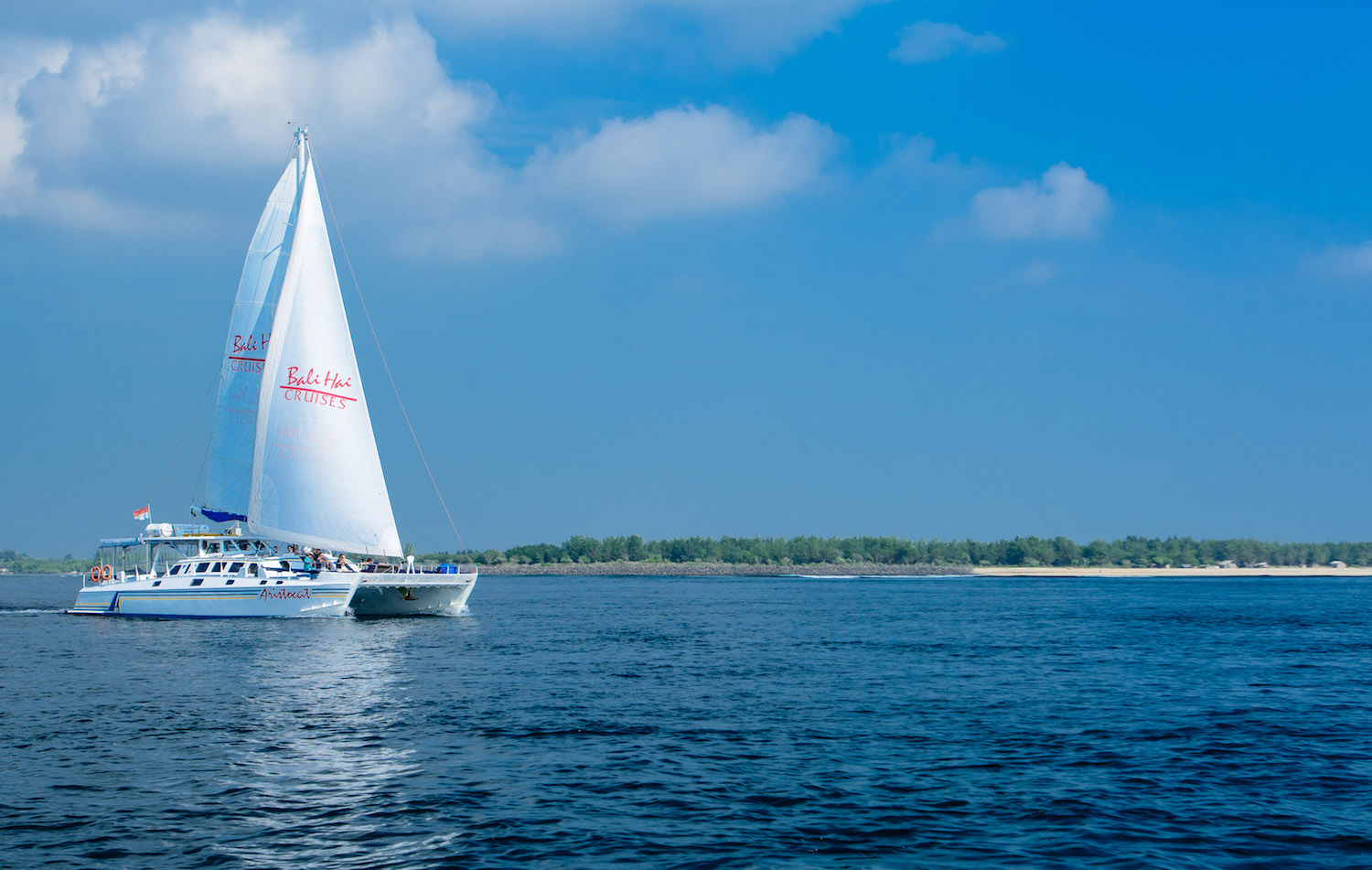 Sail Away: Bali Cruises To Indulge Out on the Open Sea 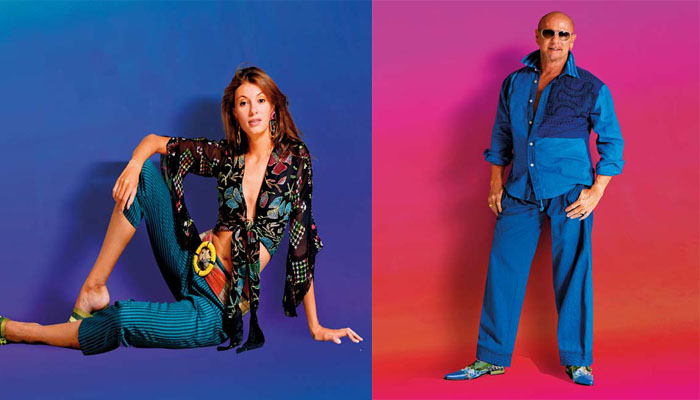 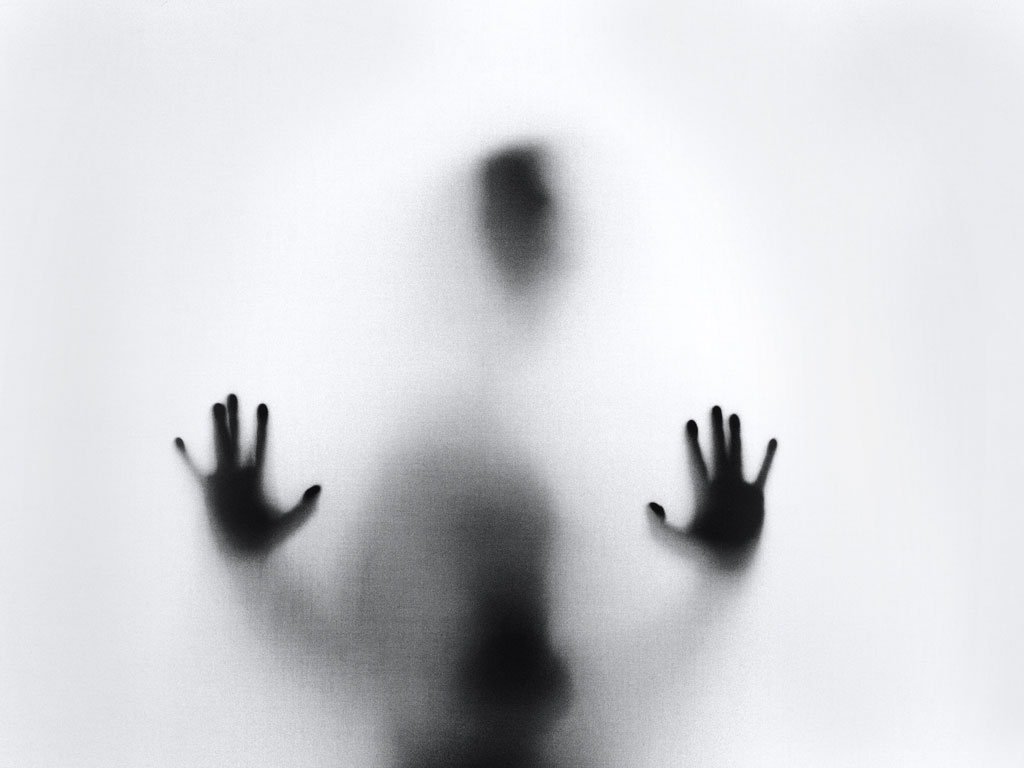