One of the main problems when talking about Balinese “religion” is related to the very fact of “defining” it, and beyond, to the fact that by defining it, we frame it in a conceptual framework, we associate to its boundaries that do not exist in the mind of the people involved. The misunderstandings that ensue have tremendous consequences. 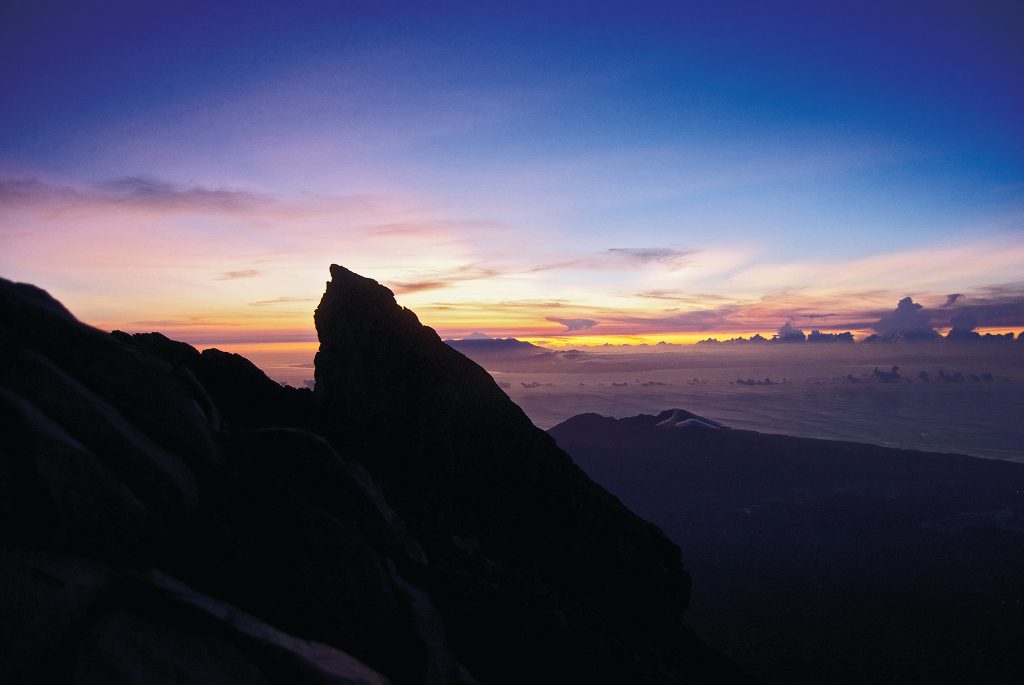 Once Raffles, Friedrich and others, in the19th century, defined the rites and religious rites they saw in Bali as “Hindu”, everyone felt entitled to interpret Bali at the light of definitions of Hinduism produced in India, usually that of the “India Samaj” Hindu reformism. Castes were thought, and are still often thought, to cover the same social realities as that of India. The Balinese gods were thought to formulate the same cosmological concepts. And most importantly, those Hindu aspects of religion were thought to make up the whole religious life of the local people, whereas it is actually made up, until very recently, just a very small part. Even today, most of the religious life of the Balinese consists of rites related to ancestors’ worship and the cult of nature, foremost among them the cult of the mountain. Following are two examples of what this tradition concretely looks like.

The year is 1966. Where did Pan Tamped take refuge when the black tameng were looking for him – to kill him? In a mountain cave, a few kilometres from his village of AbianGombal. As soon as he had become aware that they were after him, he fled. Where to? To where he knew best – the mountain. He had now been there for more than a year, eating leaves, coconuts, fruits, eels and snails. He was soon doing so well with his mountain diet that he found that life was not as negative as he had thought. When not looking for food, he started meditating. He would spend hours in his cave, in a crossed-legged lotus position, his eyes fixated on the extremity of his nose, in the agranasika pose. When not in his cave he would conduct this under the trees. No one dared come to his cave nor knew he was there. Apart from hosting snakes and monkeys, the cave was known as the abode of unknown spirits. Enough to scare people away, though one day, while meditating, his village looming down there in the far-away background, he heard something that sounded like someone murmuring into his ears: “Tamped! Why don’t you set up an ancestral shrine here, just a simple mound of stones, and call me to come down and dwell into it. Who knows, I might help you.” A few hours later, the mound was ready, and again, Tamped was sitting cross-legged next to it, intently praying… Some days later, as Tamped was again meditating under the dusky light of the full moon, he saw like an old man, all dressed in white, approaching him from the darkness, stopping just a few meters away: “I think it is time you went back home now, Tamped”, he whispered. “If you don’t, in a week from now, your kin will hold your cremation. Past that time, you wont be able to come back and will die.” Upon those words, he disappeared.

At the first light of dawn, Tamped was knocking at the door of his old house. The dark-dressed tameng were long gone and Tamped was welcomed with cries of joy. His cremation was cancelled. Today, if you visit the cave in the montay from AbianGombal, you many see several shrines, one addressed to his ancestors, and the other to a god Tamped does not dare give a name to.

Now another story regarding the mountain proper. The year is 1963, Mount GunungAgung is not simply rumbling anymore, it is spitting lava down the slopes, and explosions send red boulders and lapili into the air. Yet, Mount Agung is not just any mountain. It is the cosmic centre of the island. High above its summit is where Balinese ancestral souls, since well before Bali became Hindu, have had their holy residence. As such to the Balinese, an eruption is not simply a natural event, it reflects a cosmic unbalance. “Ida Bataraduka”: the mountain god is upset, as people are saying, referring to HyangTolangkir, the lord of the mountain.

To prevent the mountain from being upset, and to appease it when it is, steps have to be taken, which includes cleansing rites. This asks for more than just the typical priest to preform. The Australian anthropologist Thomas Reuter quotes the words of such a guardian, the JeroTongkong, who said, “we are the guardians of this mountain of life…if we neglect our ritual duties, the world will be shattered and its inhabitants be destroyed”. This is not mere boasting, as was revealed during the 1963 Mount Agung Eruption. In Trunyan, a village located on the shore of Mount Batur, to the West of Mount Agung, the village was considered under threat and the inhabitants were ordered to leave. They all refused, except the village head, who was bound by orders from the local regent.

Yet the most dramatic reaction to the events of 1963 took place in villages more to the East, directly in the path of the lava’s movements to the sea, in Badeg, where not only the temples were destroyed, but more than one hundred people were killed (102) by red ash and deadly fumes. Numerous witnesses testified that they refused to leave. We can easily imagine the situation. As the days passed and the risks of catastrophe increased, more villagers fell into a trance, the pemangku priest himself became increasingly convinced of his duty. They had to “accompany the god”, as said by ngiring Ida Batara, accompany his descent among the living, and if need be, accompany him all along to the sea at the price of their death. So they held a communal meeting, and took their unanimous decision. Children and women would be sent away. They would perform the descent of the gods, as they regularly do to the sound of music in temple festivals and endure anything, even death, if such was HyangTolangkir’s wish. And indeed mountain people now recount that when the god’s wrath got stronger and when the hot ash and red pebbles started falling on the village of Badeg, the jingle of the priest’s bell could be heard raising his request for mercy well above the thunderous roars of the mountain. It was not mercy for himself that he requested, but mercy for the world. Later the corpses were found covered by ash, the men at their gamelan, and the priest still grasping his holy bell. Giving their everything in prayers, offerings, and even lives, the mountain god’s wrath eventually subsided… until last November.

So today’s questions are: is Mount Agung’s ongoing eruption another sign of HyangTolangkir’s anger; and since today’s troubles in the world are obviously not caused by the Balinese, are the latter, residing in villages up on Mount Agung’s slope, ready to sacrifice themselves for the sake of the world. 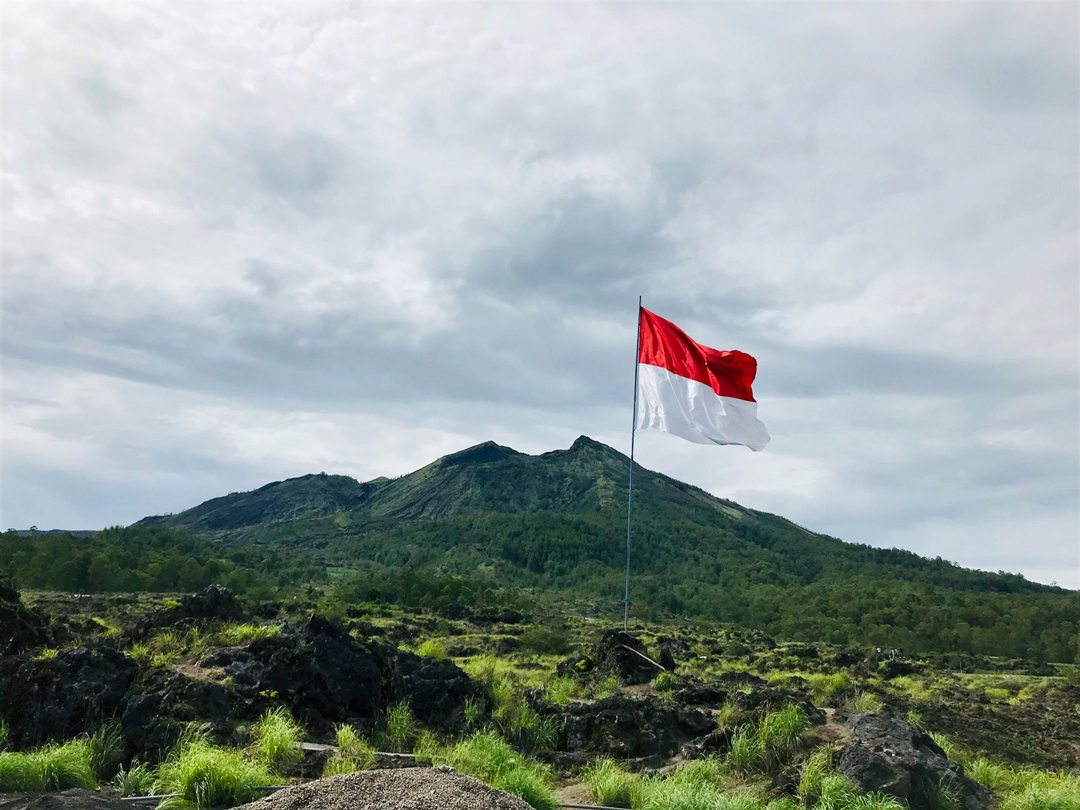 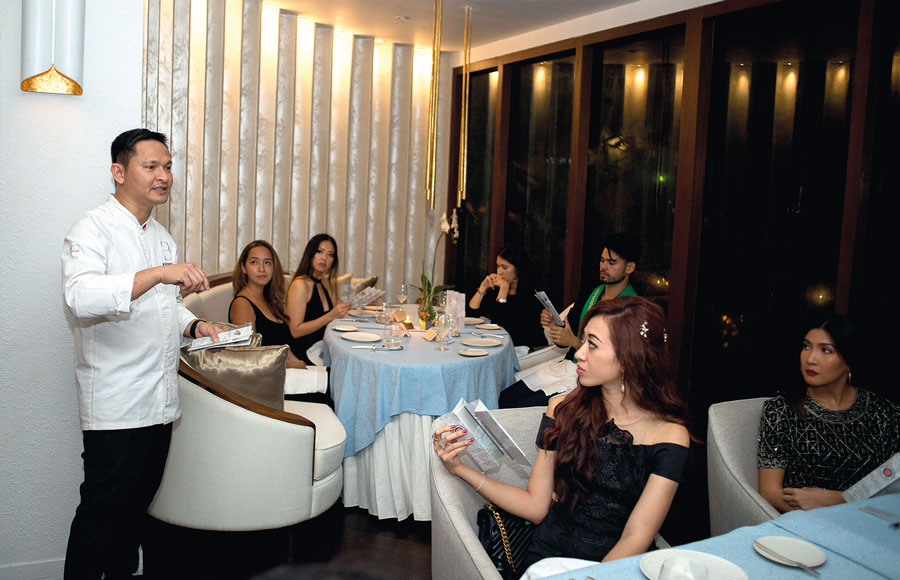 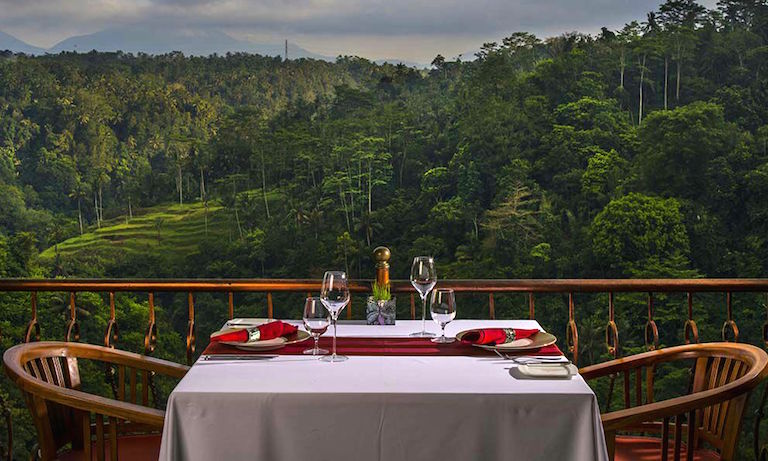 The Fine Dining Restaurant in Bali You Haven’t Heard About 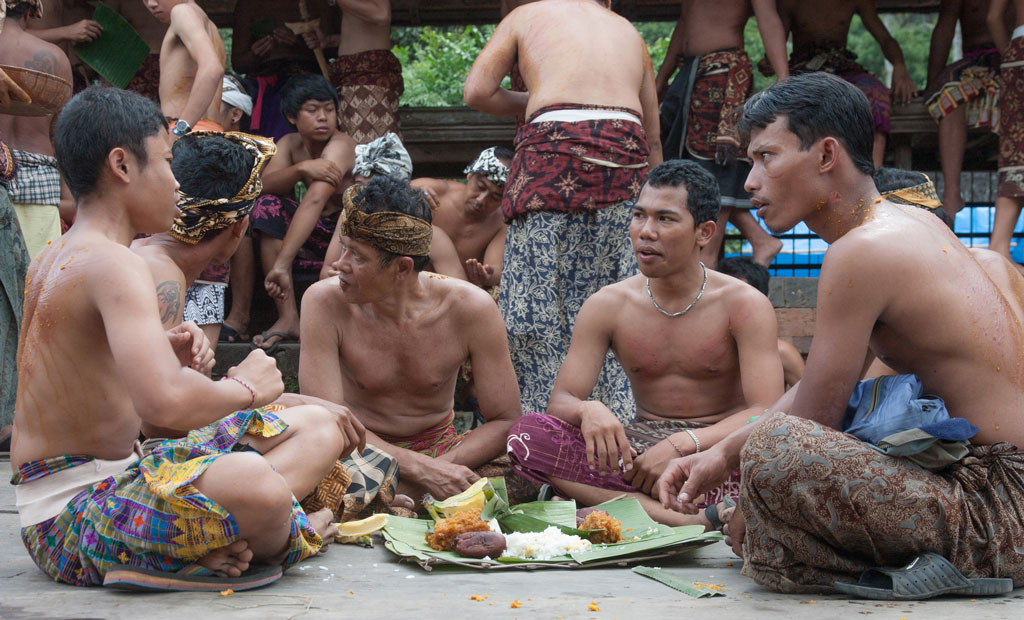 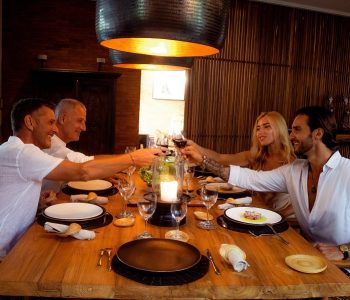