When speaking about Tandjung Sari, its founding father WijaWawo-Runtu always said “my hotel is my living room, my guests are my friends”, but it was also their beloved home at BatuJimbar, that Wija and Tatie opened up to people from all over the world, and the ever-growing clan of Wawo-Runtu children.

Over numerous breakfasts, lunches and dinners at the family’s seaside home the next generations of Wawo-Runtu children were introduced to people and ideas that were to influence their adult lives. In this edition, we meet two of the third generation of Wawo-Runtus, Tantri and Naomi Wawo-Runtu, to see how the family legacy has shaped them.

Tantri was the first grandchild of the then Bali-based family, which meant she held a special place in her Grandpa’s eyes. Tantri has many memories of family times at Batu Jimbar. She especially remembers dressing-up in Tatie’s clothes and doing fashion parades after getting into her wardrobe, or playing cards by the pool. Tantri recalls Wija loved having all of the children around until they got too loud, then he would herd them all outside to play.

Iskandar Wawo-Runtu is Wija and Judiths second child and Tantri’s father. An idealistic man, with a love of natural world he travelled extensively in his early years through Java, Manado, and then Sumatra where he eventually met he his wife Darmila in the village of Bengkulu. As Tantri describes him, “my father is a special man. Everything he has always done has involved the environment. He has always been happiest when he is living close to nature. When they moved to Bali from Bengkulu they moved to a remote location in Pupuan and now they are again living remotely in Jogja”.

It was when Iskandar was travelling through Manado that he first developed an interest in permaculture. In 1988, way ahead of any current trends in permaculture, Iskandar and Darmila set-up their permaculture farm in Pupuan. Tantri recalls, ‘we were the first on the island to be growing asparagus’.

In keeping with the family’s knack for innovation, Iskandar has always been an ‘ideas person’ but as Tantri notes, “my Dad has always been good with coming up with new concepts, but management is not his strength, so it’s good that he found my Mum. He loves to build stuff and is always “let’s do this, let’s do that”, but it is Mum that comes in and manages his ideas. My mother is very down to earth and has always stayed true to her Bengkulu village roots”.

In 2000, Iskandar moved to Jogjakarta to embrace Islam and by 2006 had started Bumi Langit in Imogiri. The vision for Bumi Langit is to ‘become the centre of community learning to understand and be able to live a natural Sunnatullah life through permaculture farming and food forests’. 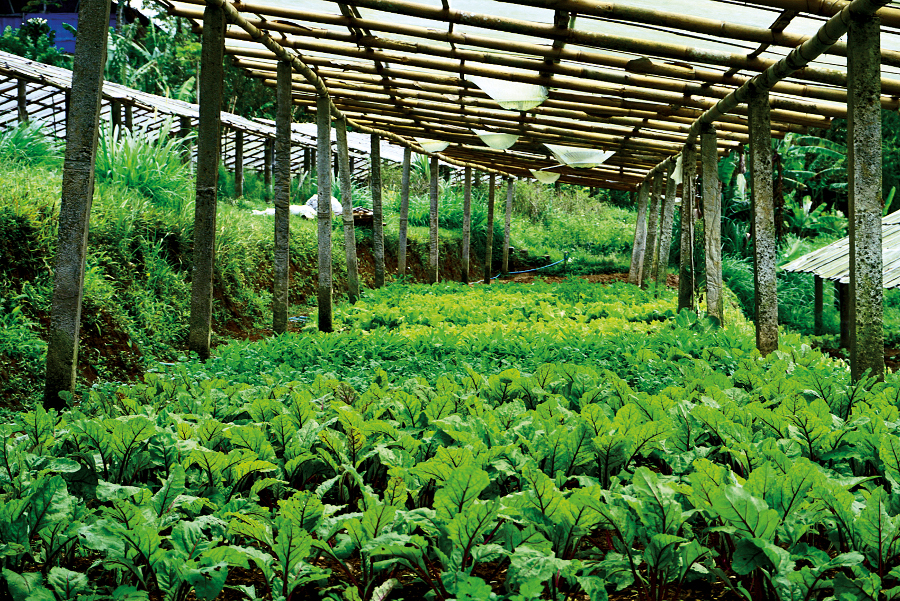 At Bumi Langit, Iskandar and Darmila deliver a range of permaculture courses—people can come for a day or two, or participate in a two-week permaculture design course. The farm has attracted a lot of attention for its innovative approach to farming and most recently due to its high profile visit from Barack and Michelle Obama. As Tantri says, “more and more people were coming to have a look at what we were doing, so my Mother decided to open a small warung, with the ingredients sourced from the farm. The kefir and butter are from our cow, the jam is made from our fruit and the vegetables are all grown onsite. They are trying to show how you can live from the farm, which in this modern environment is particularly important”. BumiLangit also harnesses all the waste that comes from humans and cows on the site and turns it into biogas which is used for cooking, a water filtration system recycles waste-water and the farm runs on solar energy.

The difference between the farms in Temuku Pupuan and Bumi Langit is that the Bali farm is for selling produce, where the farm in Jogja is for education — although, both sites have recently introduced small Bed & Breakfasts where people can stay close to nature and learn about permaculture. Tantri and her German-born husband Simon Maier now manage Temuku Pupuan, where they are bringing a fresh set of eyes to the family’s farm. In addition to the introduction of the Bed & Breakfast, they have also started producing coconut oil for cooking and Virgin Coconut Oil (VCO). Tantri also helps to manage Cafe BatuJimbar with her aunt, Dewi, and the family’s warung, a Sanur-local favourite, Dapur Sanur.

Tantri’s hope for the future of all her family’s enterprises is that ‘the heart is always there. We need to stay true to their vision, and that going back to my grandparents, that their soul is felt in everything we do’. 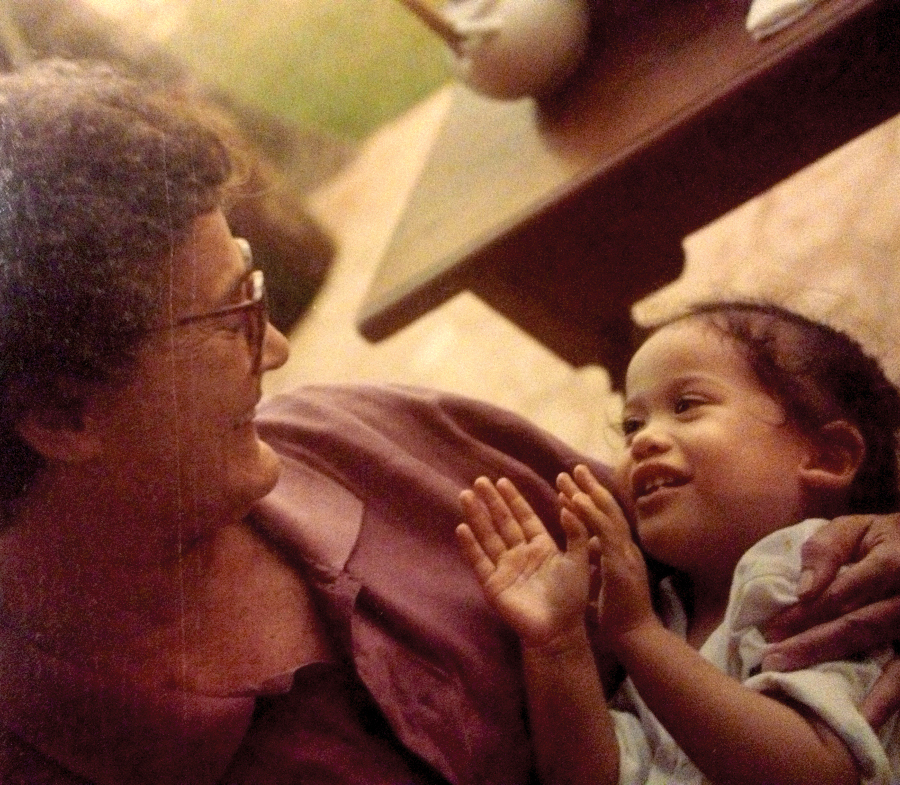 Naomi Wawo-Runtu is the second daughter of Ade Wawo-Runtu, who we met in the last edition. “I not only lucked out on the Mum part but also on the grandparents” part, she said. “There are these key moments in your life that define you, whether it’s conscious or unconscious, and they shape what you want to do and what you’re passionate about. I think growing up in such a creatively open and encouraging family, being visually exposed to so much material, has definitely inspired who I am”.

Naomi’s early memories of a her childhood that were spent growing up in Batujimbar are also of the big family dinners at the ‘Rumah Besar’, where all the family would be together and the lifestyle Wija and Tatie both brought – Wija’s warmth and decadence, Tatie’s attention to detail and etiquette, which she taught to all the grandchildren as the family’s matriarch.

But being an artist, Naomi had a special relationship with her Grandmother Judith, who was also a painter, illustrator and designer. Naomi has memories of Judith’s visits to Bali, but her most vivid memories are of spending summers with Judith in Cinque Terre, Italy – staying back to paint in her studio while her other cousins went out to play.

One of Naomi’s most treasured possessions is a visual diary of Judith’s in which she recorded all of her dreams in paintings, illustrations and writing. ‘It is one of the things I can’t live without and whenever I have a creative block I go through it’.

Her mother Ade has also influenced Naomi’s creativity while growing up as Jenggala was still at Batujimbar and she remembers being surrounded by all the artistry that came with the studio. “Ade has a very intuitive way of creating and she has always been open to me exploring different paths”, Naomi recalls.

Ade wanted her daughter to have an international education, so Naomi initially went to boarding school in Sydney, but the conservatism of the school didn’t suit Naomi’s artistic aspirations, and she went on to a school in Chang Mai, Thailand, a place that felt a little more like her Bali home. Naomi’s tertiary studies were in Melbourne, Australia, starting with a foundation course in art and design, and then Fashion Design at RMIT. After two years of studying fashion, Naomi realised her passion lay with the visual arts and returned to Bali to continue with her fine art.

Back in Bali, Naomi started designing and curating for gallery spaces while working with fashion label Biasa on their styling, before opening up her own gallery on Jalan Tamblingan called Swoon, which focused on young, contemporary Indonesian artists. Based on the success of Swoon she moved on to open Ghost Bird in 2015. Ghost Bird initially was gallery space purely focused on art, but over time has developed into a concept store that showcases art and fashion. The space still hosts biannual exhibitions but is the permanent home to Naomi’s paintings and her partner Spencer’s Blamo art toys. 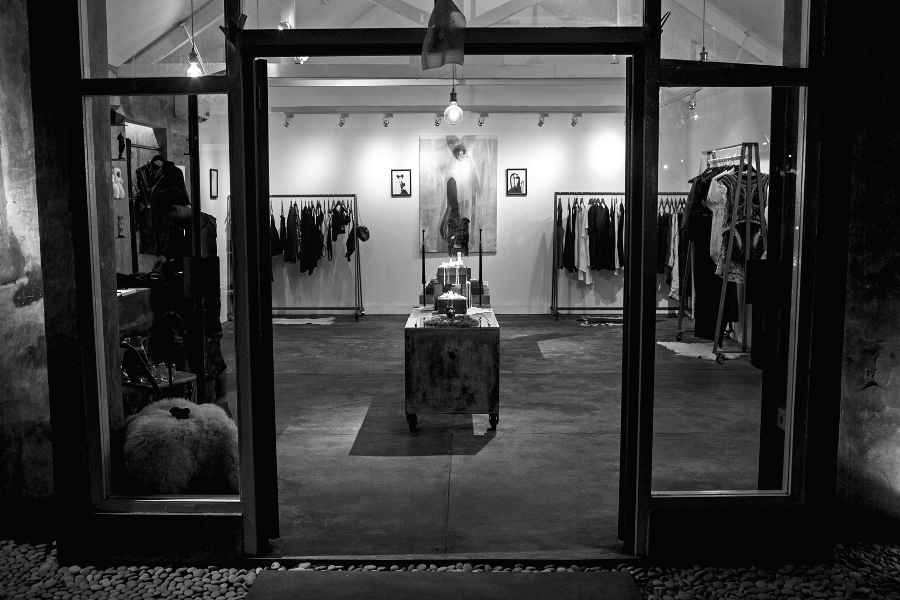 Naomi’s artwork started figuratively and is highly based on self-portraiture. “People have different times they like to work, but for me, it’s either very early in the morning or very late at night when there is no noise and it’s super quiet. My work is a dialogue with myself, it’s highly intuitive, I don’t over conceptualise it before I start”.

In addition to Ghost Bird and her painting, Naomi also does the styling for Jenggala Keramik and designs the store’s visual merchandising, bringing her aesthetics to the family’s creations. “I’m so lucky to have all these outlets for my creativity, but in the next few years I simply want to focus on my own pieces—not necessarily just paintings, but I’m also working on a series of digital prints to go on fabric and clothes. I have gained a lot of experience styling and working for other brands, but it’s now time to focus on my own body of work”.

On her family’s legacy Naomi reflects, “I am very fortunate to be where I am because of all these amazing people, I don’t look at it as weight, rather as an opportunity. It’s not a label either, it’s just a natural way of being. If my impulse is to go in another direction that’d be fine, but right now I’m still very driven to create and I’m inspired so much by these people who raised me” 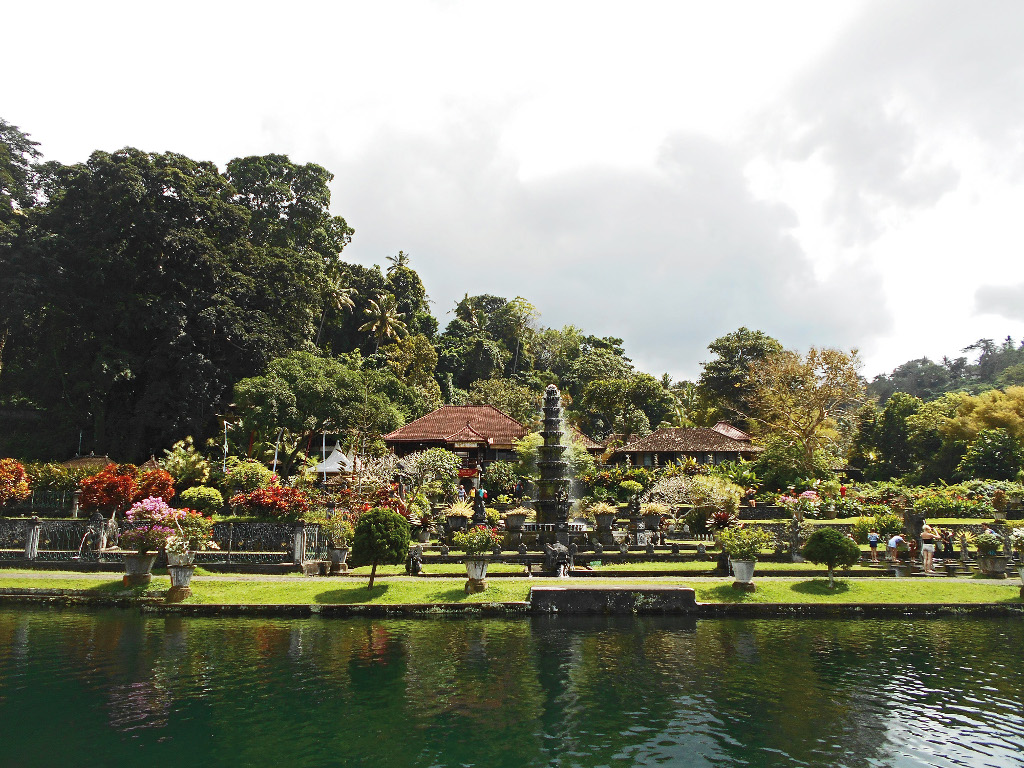 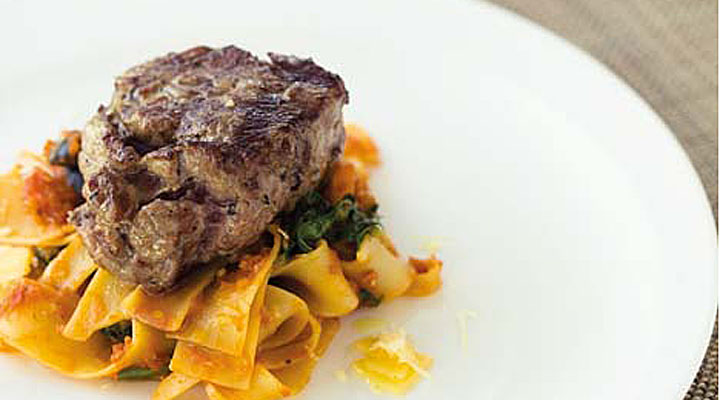 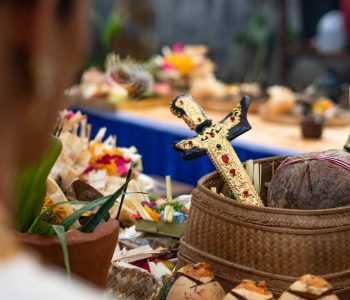 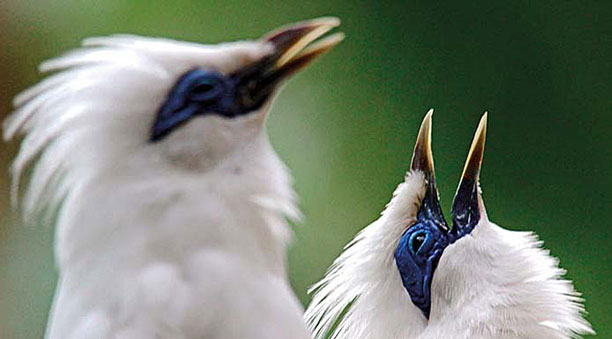 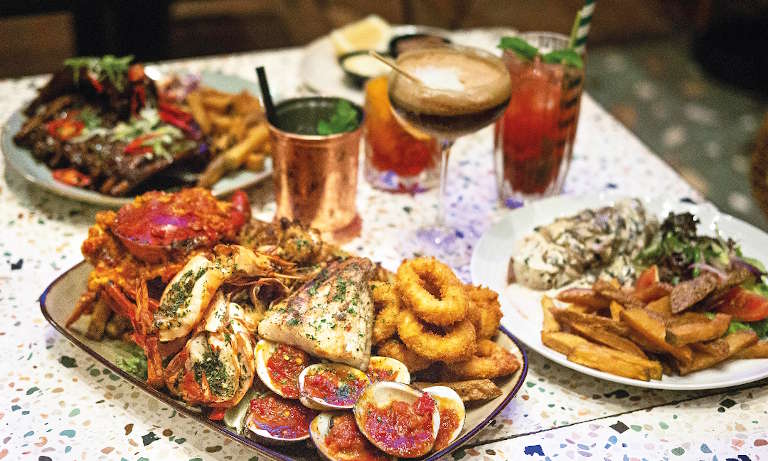