Unlike religions from the Middle-East, which rest on a “revelation” transmitted through the entreaties of prophets, and in the case of Christianity, of a Messiah, Balinese religion rests on the notion of cosmic balance.

The Universe and Man are considered as “similar” to one another. They consist of the same five elementals (Panca Maha Bhuta) and the same gods. Brahma thus occupies the liver, Iswara the heart, Wisnu the bile and Siwa the tip of the liver –and there are gods for the other parts of the body. 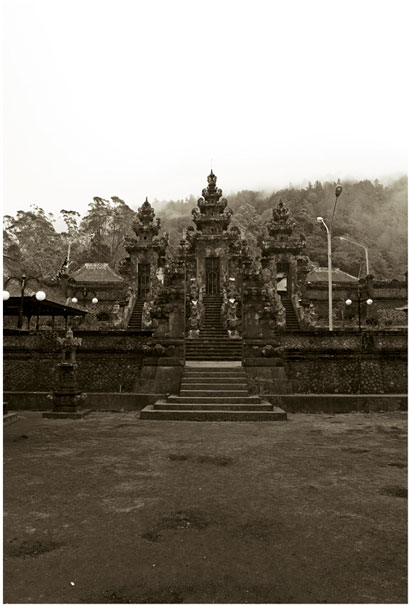 Man, as a microcosm (Bhwana Alit), should strive to live in harmony with the larger world (Bhwana Agung) or macrocosm. If he does so, he may eventually interrupt the cycle of incarnations (penumadian) and merge into the cosmic Whole (moksa).

At the end of each incarnation, i.e. death, if the cremation and post-cremation rites are properly implemented, the soul goes first to the purgatory hell (neraka) where it is tortured and hence cleansed and thence to the “old country” of ancestors where it will wait for an opportunity, a pregnancy, to come among its descendants.

The working of this system rests on the resilience of harmony, which partially rests on the proper implementation of rituals. For example, if part of the ritual of death – let us say an offering – is omitted, the soul won’t be able to return to its ancestral residence above the mountains.

It will instead become an erring soul (atma kesasar), which will bring woes to the family and environment. When this occurs, and it does frequently, the atma kesasar has to be identified by using a medium, and a cleansing ceremony undertaken so that the soul can return to where it belongs.

Maintaining order at the cosmic level is no less challenging. If big calendar ceremonies (rerahinan gumi or “festival for the whole world”), are neglected, the world will be subject to war, famine, diseases and other similar disasters. 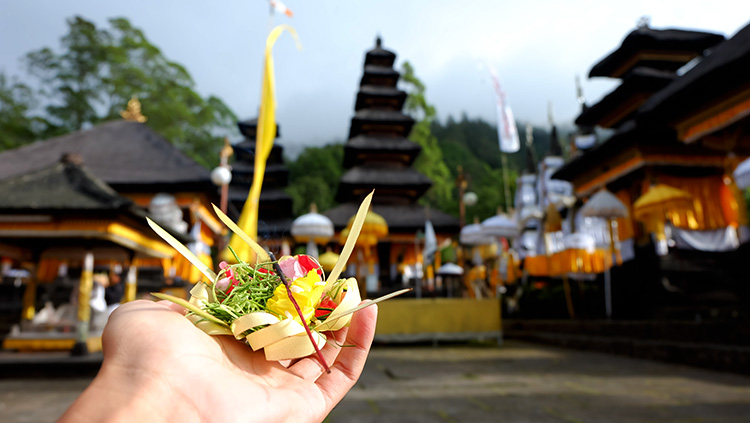 Here again, after the cause of misfortune is known, there has to be a cleansing ceremony, sometimes of dramatic size: In the most extreme cases, illustrated in the mythology and the epics, when the disorders are thought to be caused by “incarnated evil”, the cleansing can go as far as taking the form of a “sanctified killing” – war or slaughter – by which evil is eradicated, the vanquished enemies making up the components of the war-offering.

This purification killing is, for example, stated for the justification of the slaughtering of kinsmen in the Mahabharata epic. In the post-1965 years, some people said that the killing of communists was a sort of ritual cleansing. More recently, the 2002 Bali bombings were often interpreted as a sign that the “world was impure” and had to be “cleansed”.

It was the Great Chaos, the Rogha Sanghara Bhumi, the forerunner of the Kali Yuga or the end of the world. The victims were part of its cleansing, followed by a giant exorcism called Pemarisudha Kunarbaya.

The nagging recitation of mantras aimed at appeasing the tensions born from horror and the presence of death. In fact each major woe or catastrophe reveals a loss of balance, be it at the level of the person, of the village, the island, or the world itself, the Bhwana Agung. And each has its own corresponding exorcizing rites.

A famous Balinese classical story, Sri Jaya Kusunu, provides an explanation for this of rituals. It also tells and interesting version for the origin of the great festival of Galungan-Kuningan. “Once upon a time”, goes the Jaya Kesunu story, “there was a powerful king by the name of Sri Jaya Kesunu.

He had been crowned king among kings, but, enthusiastic and open-minded as he was, he did not fail to notice that all his ancestors and previous kings had died just a few years after their enthronement. It was not normal and he was worried. But he was endowed with spiritual powers. So he decided to meditate.

Where? In the best place that be: the cemetery. If steadfast, The Goddess Durga would not fail to show up and tell him the exact cause of his misfortune.

So he did. He went to meditate between the tombs, among the stench of decaying bodies, asking for Durga’s holy words. Indeed, after he had prayed for some time, the formidable goddess eventually came to him with these words: “You, Jaya Kesunu my son, I know you come to me to ask me why your ancestors all died without ever ruling for long. Listen to me, my son, it is because they did not heed the rules of religion in regard to rituals. Therefore, if you and your successors want to live a long and happy life, follow the rules of religion, and do not fail to perform the required rituals in connection “.

She then enumerated the main holy days: the “dead moon” (Tilem) of the ninth month, when a big exorcism is held at the main village cross-roads; the following day, called Nyepi, the day of silence, which opens the Balinese New Year; the full moon of the tenth month, when all the gods are led to the sea for a ritual cleansing; the holy days of the Dungulan Kuningan cycle, when Sang Hyang Tri Wisesa (God of the Three Powers) comes down to earth in the form of three demons who have to be appeased with offerings and erecting penjor poles.

After having spoken her words, Durga disappeared. Jaya Kesunu followed her advice, and, according to the story, he was granted a “long and prosperous rule”.

Jaya Kesunu’s lesson is clear. Man is the agent of his own fate, but only as long as he follows the rules. The rules are those of rites and religion. A far cry from what Modern Man is doing. Does it mean that Kali Yuga is not far away? Next time, what is going to be its cleansing? How many will perish? 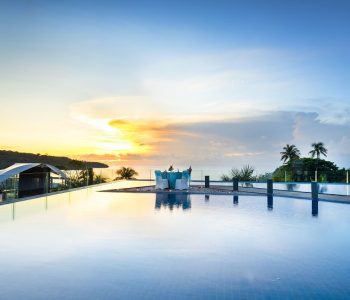 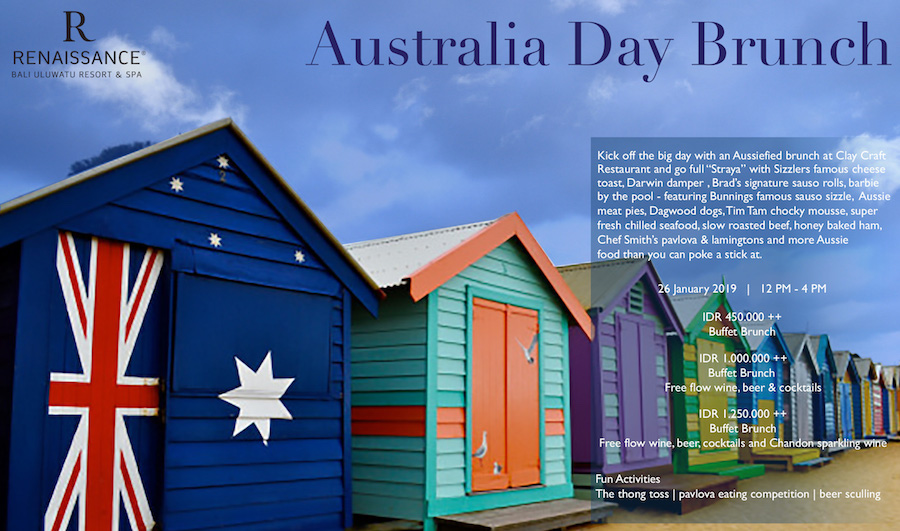 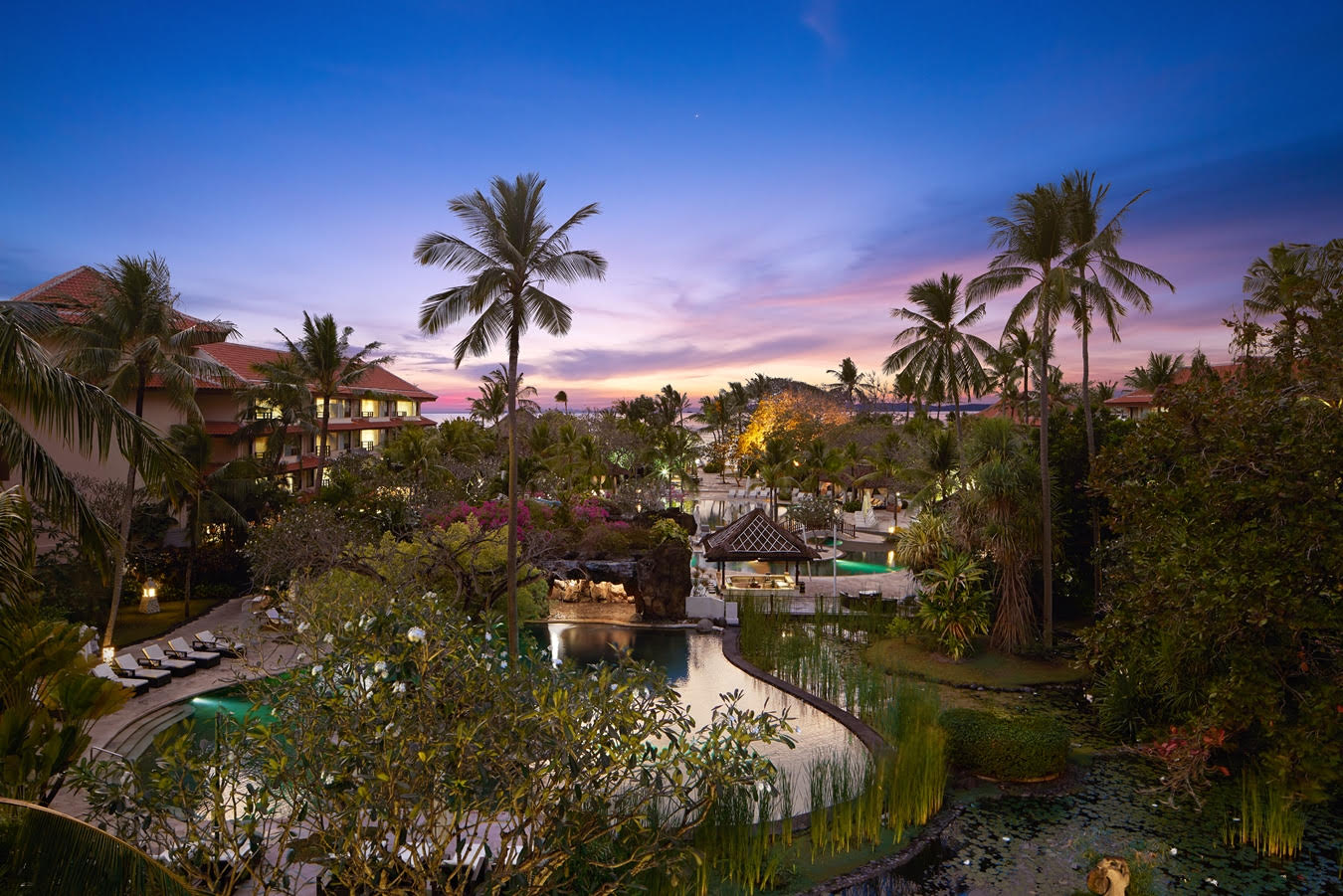 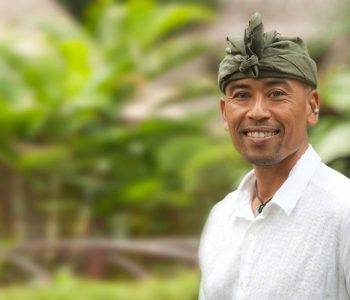