The local prince Gusti Dapat receives us in a disco-palace VIP lounge veranda, part of an otherwise simple rural home. It turns out that Gusti Dapet is a traditional architect: the Malet clan annually sends 40 exquisite jaka leaf penjor (woven banners) to the main palace for the tenth full month ceremonies and build all the funeral biers for big Pemecutan cremations. 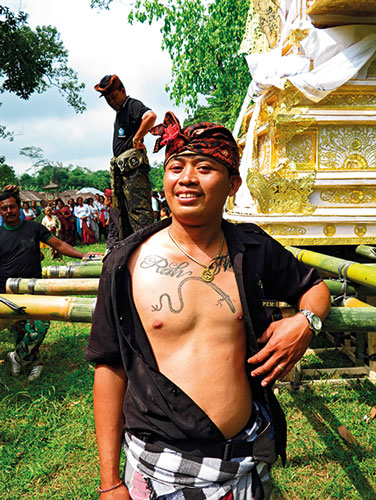 Bangli is an ancient mountain kingdom tucked into the hills between Karangasem, Klungkung, and the scenic districts of Lake Batur and Kintamani. The regency’s palace, Puri Bangli, is the oldest on the island.
Last month I was bidden there, to Malet Gusti village, which is about 20 minutes north of Tampaksiring, for a cremation being held by a Denpasar warrior prince clan who have lived up in the hills, some thousand strong, for the last 300 years.
Denpasar’s reigning raja, Cokorda Pemecutan XI, is wildly popular with his mountain cousins and I was dispatched early on the day as a sort of advanced paleface groupie, to take snaps. 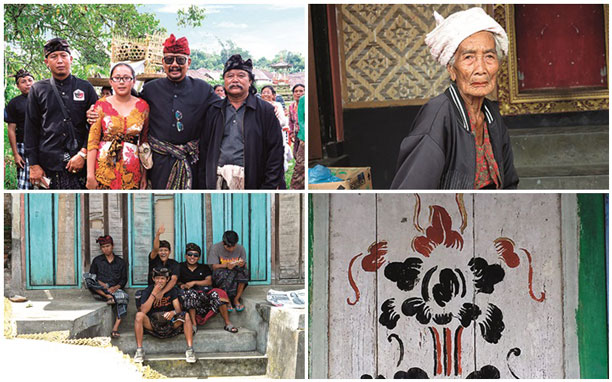 The village is as delightful a mountain Balinese village as you will find — and it is in full cremation swing when I arrive. All the beefy men-folk (a Pemecutan clan feature) are sporting the family whip, embroidered on shirts or tattooed on chests.
The local prince Gusti Dapet receives us in a disco-palace VIP lounge veranda, part of an otherwise simple rural home. It turns out that Gusti Dapet is a traditional architect: the Malet clan annually sends 40 exquisite jaka leaf penjor (woven banners) to the main palace for the tenth full month ceremonies, and build all the funeral biers for big Pemecutan cremations.
One learned senior tipped me off about a 10th century temple nearby, in Malet Dalem, and the family’s house shrine in Tiga, a short drive away. I vowed to check them out. 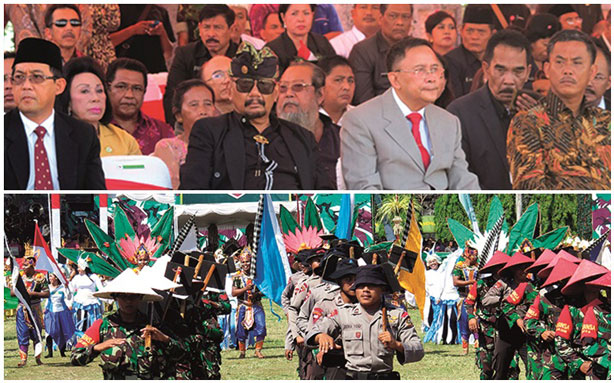 The cremation was a riotous affair, as mountain cremations usually are, with the Cokorda arriving just as the coffin was being conveyed through the house gate. He looked incredibly regal in a maroon headdress and black jacket — ikat secured at the waist in the Pemecutan style. His wife, the Cokorda Istri, looked stunning in a long blue chemise. The villagers were thrilled when the Cokorda had a pee roadside, and then lent himself for photo ops at the cremation ground before dragging us all off to Grahadi, the family’s pleasure palace in Kuta, for seafood. See video Pelebon of Gusti Nyoman Tedun: http://youtu.be/AVWkUnp5Jr0

The next day I went back to investigate the temples. Pockets of traditional architectural excellence are rare in Bali these days — the stampede to restore and ruin is out of control — but I did find out some real gems in the temples near Tiga and Malet. This area had once served the ancient 10th century kingdom of Tampaksiring, so one does find the occasional archaeological treasure — such as the exquisite lingum in the Pura Penataran Aer Malet in Malet Tengah, and a beautiful Majapahit-style boma carving in the Merajan Pemecutan in Tiga (see photos 114).
Many of the houses had photos of the Cokorda and his father in their ceremonial pavilions — rather like the photos of King George V one finds in the far-flung mountain villages of Fiji!! 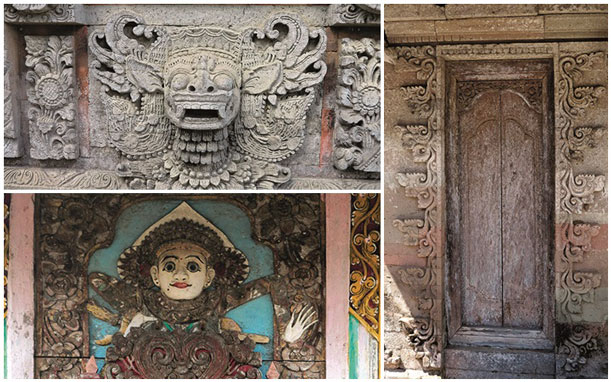 26 May 2015: Barong Suwung Kajeng dances at Pura Desa Kepaon
Last month I wrote about the lovely teenage trancees invading South Bali temple festivals. It’s a trend I first observed in this village when a phalanx of pretty miss from Mogan flew into trance at our temple the night their barong danced for the first time in 90 years. The teenage girls were all descendants of the barong’s female devotees from the 1920s, and had no previous trance experience.
Since then, temple festivals from Canggu to Jimbaran have featured tripped-out teenagers, as a part of a coastal trend (Bali’s South coast temples are famously spooky). 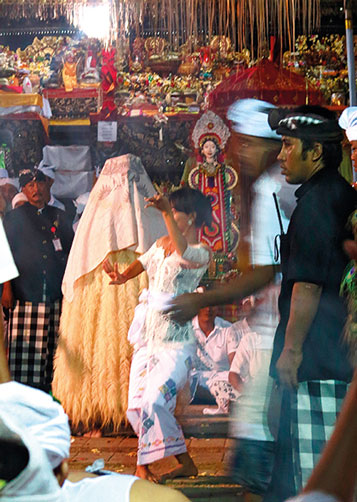 Tonight, at Pura Desa Kepaon, the barong dance had barely started when four lovely teenage trancees invaded the stage — one even dancing a spirited pas de trois with the two witch queens.
It was mesmerizing to behold — the lithe writhing of the young trancees combined with the stylized stomping of the witch queen.
See video Barong Suwung Kauh Masolah: http://youtu.be/r1U7iBx-53o

The once in a generation, seven-week Ngusaba Desa rituals are now over, and the village is going to have to return to normal: no more daily dance performances and processions. More than anything, the rituals have enforced a heightened solidarity between village members, village elders, and our village priests (there were 70 from over 30 local temples).
Was it worth the $200,000? To guarantee better community relations for the next generations at least — I’d have to say, “Yes”. For two months, 5000 people had tickets to the greatest show on earth!
See video Ngusaba Desa: http://youtu.be/4iOLpnvIAkI.

27 May 2015: To the alun-alun Renon to watch celebrations for the 58th anniversary of the eastern command, Kodam IX Udayana, something I would not normally do; but one of the family at the Malet Gusti cremation said that there were going to be 1000 dancers from all over Indonesia ‘in a super-colossal’ 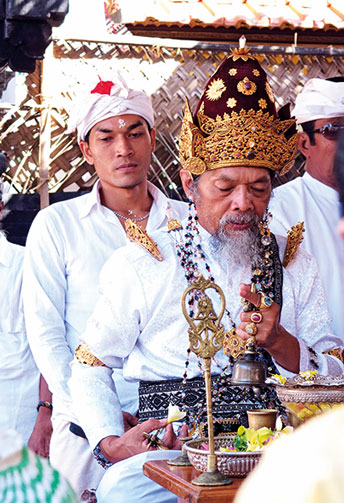 Well, that it was! I arrived just as the last helicopter was leaving, to find two stands of dignitaries — Cokorda Pemecutan XI front and centre, with the top brass looking very stern — watching 1000 ladies and men dancers doing everything under the sun. There was even — in the sky — a giant glistening chariot from the Ramayana, with braying horses, sparkles streaming from their headdresses and smoke coming out of their hooves. Busby Berkeley would have been proud. There were giant twirling flowers, and rows of big beefy army ladies in white and blue satin — the Brimob fairies — waving banners, as lines of jungle men from Papua stormed the field doing a version of ‘voodoo-man-is-feeling-blue’.
The next day at a ceremony one of the high priests present told me that it cost $130,000. “Better used fixing the roads,” he said. Can’t say I disagree; But, oh! What a grand spectacle it was! And the top brass were incredibly chuffed.
See video KODAM IX Udayana Anniversary:
https://www.youtube.com/ watch?v=wdnaiGaO3dY.

Meanwhile, in Ubud, the Spirit Festival is going on, and paleface yogini are having very audible public orgasms as they whirl and twirl, Brimob bum nut fairy-like, on Ubud’s alun-alun, to a voodoo beat.
Bali is sure full of variety these days. 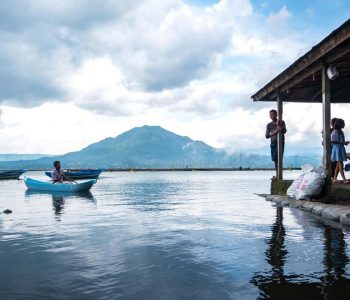 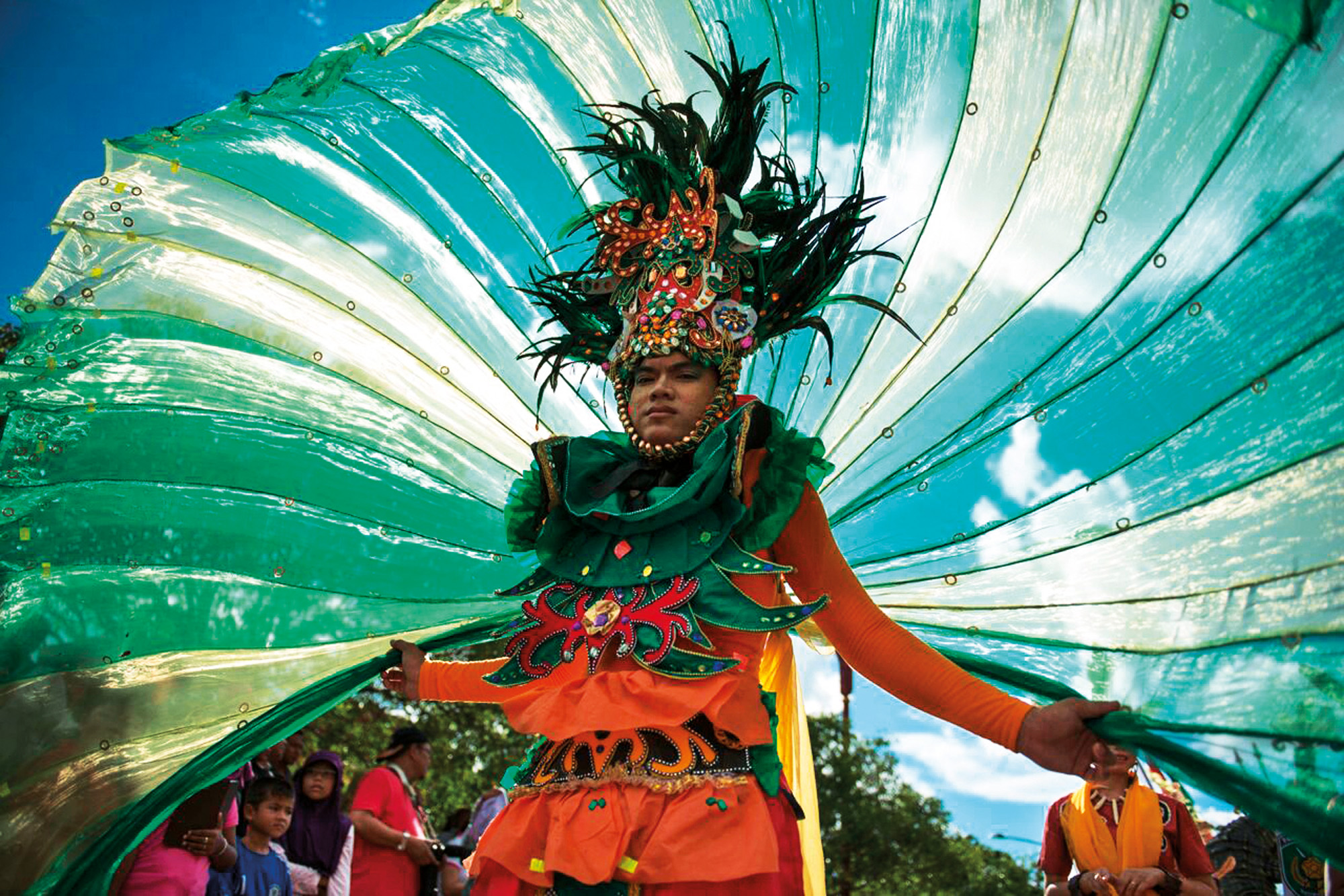 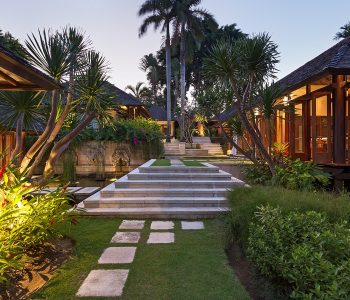 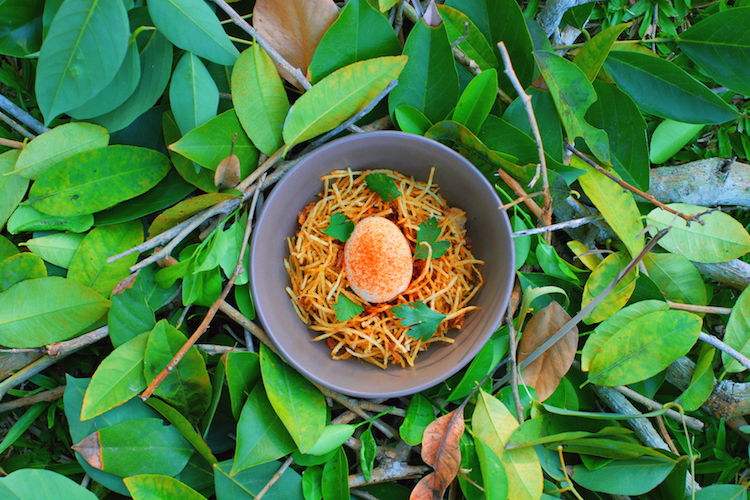 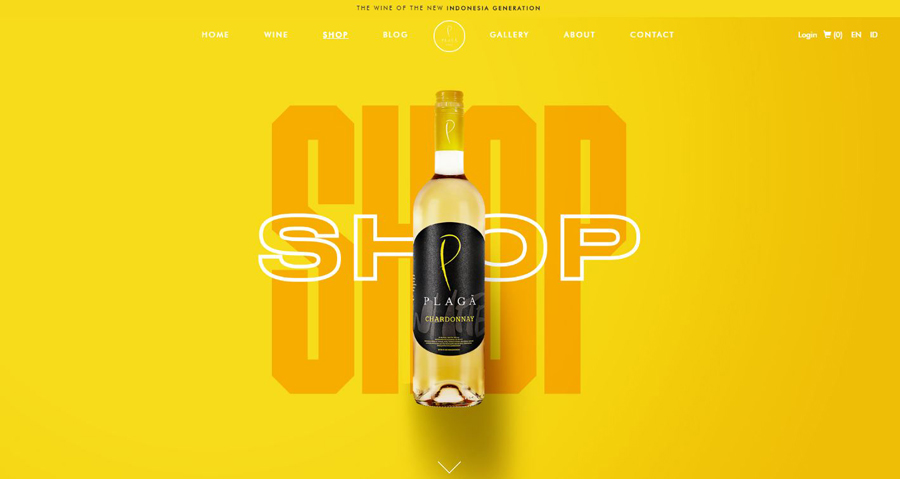