In 1925, I Mario, a legendary dancer from Tabanan, created a jaw-dropping dance named Kebyar Duduk. Most of the routines are performed while the dancers squat close to the ground – a difficult position indeed. To make things more difficult, each routine is danced in a blink of an eye! A male dancer, elegantly dressed with sparkling Balinese authentic fabric from under the shoulders to toe, performs the dance alone. 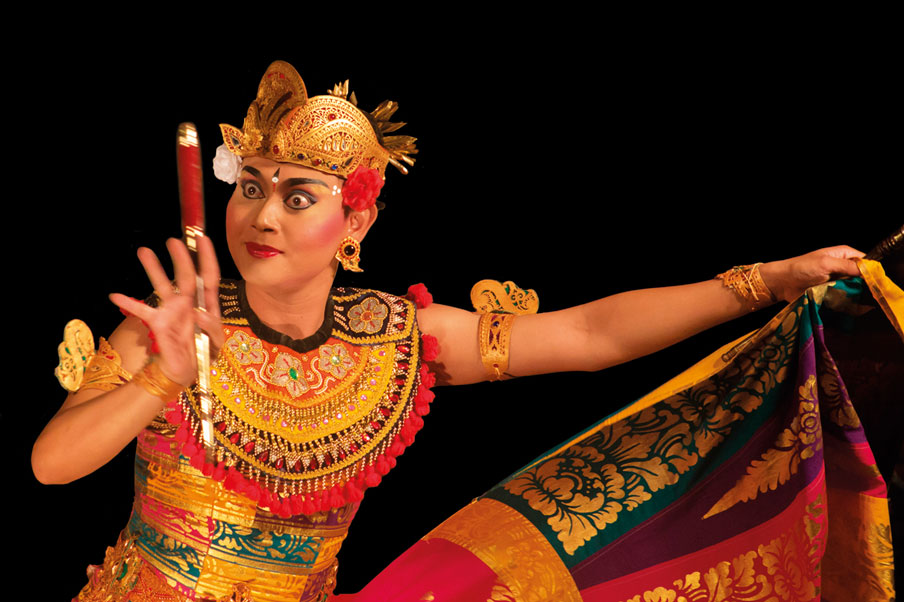 Recently, on a Thursday evening, I visited the Ubud Palace and was pleased to find that the Kebyar Terompong was one of the dances being performed that night. Kebyar Terompong is the more complicated version of Kebyar Duduk. I Mario also created the dance and it made its debut when it was performed in his Europe tour in 1958. 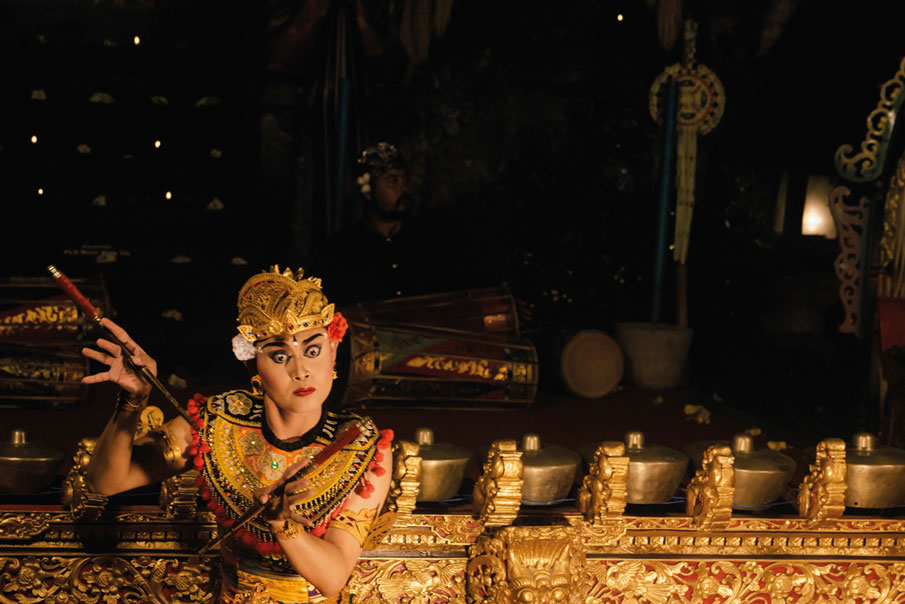 The difference between the two dances are that when performing Kebyar Duduk the dancer only needs to master the routines, and dance them quickly. Whilst in Kebyar Terompong, the dancer must simultaneously play a musical instrument. 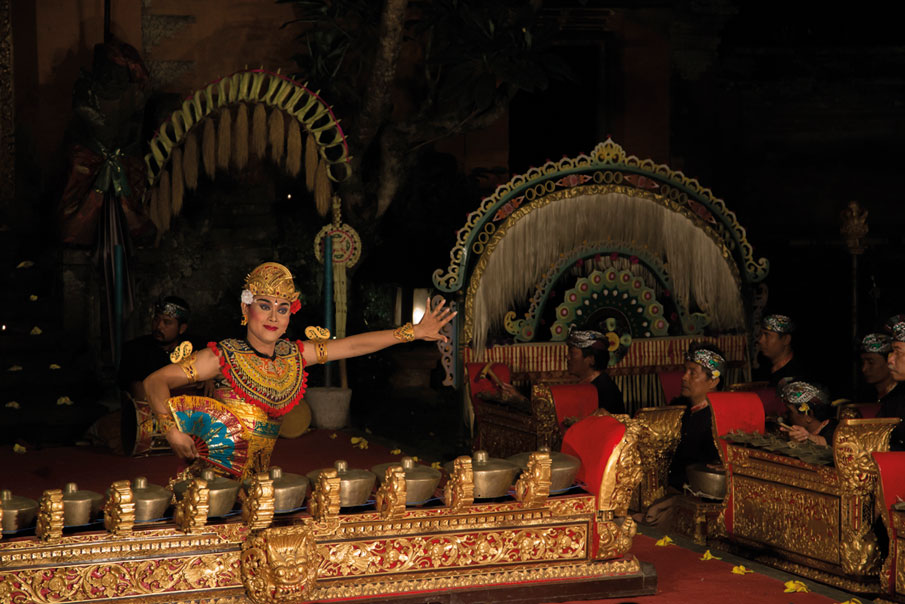 Terompong is one of instruments found in the gamelan, best described as a cross between a gong and xylophone. A row of metal bowl gongs sit in a line along a large wooden frame that comes as high as the knee; each bowl playing a different note. Playing the terompong is part of the dance sequence. In the beginning the dancer exhibits his expertise in dancing with a hand fan, which is later switched to the large mallets used to play the instrument. 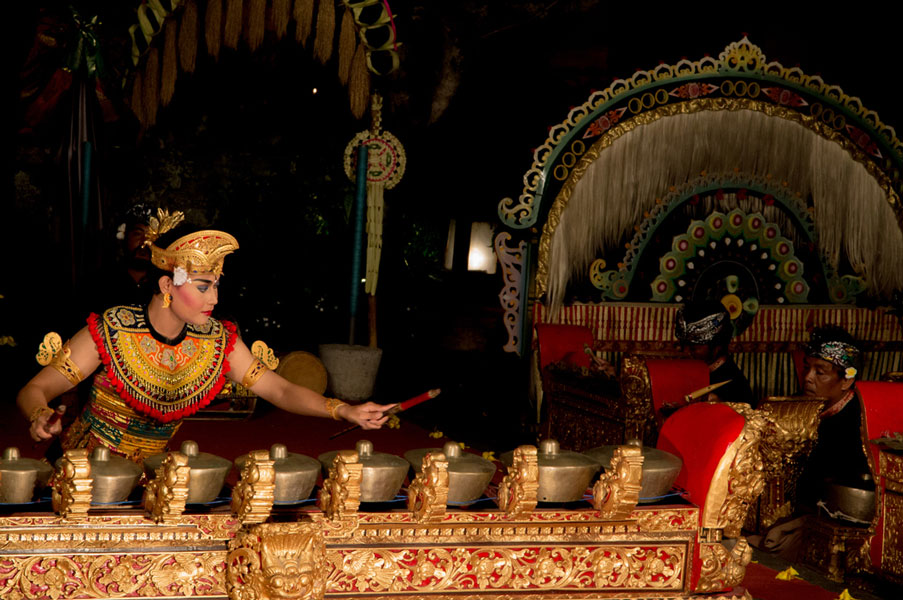 The dancer doesn’t just play a beautiful melody however; he dances at the same time. Kebyar Terompong shows an explosion of artistic expression, showcased only by truly remarkable dancers who are likely to stun their audience with their speed, strength and concentration through the sequences. 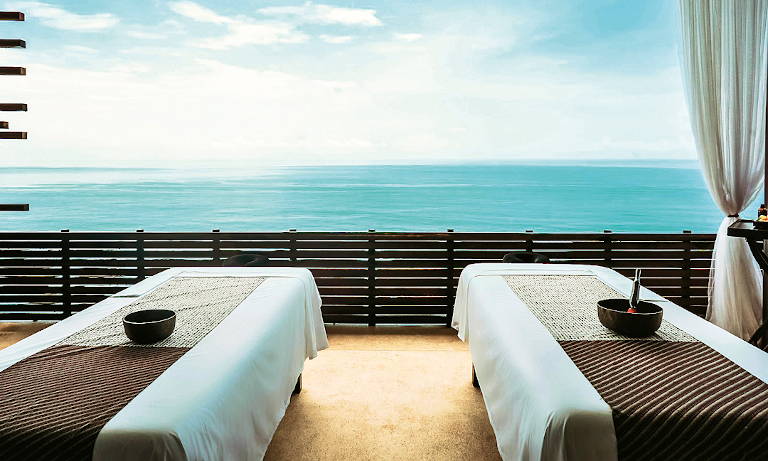 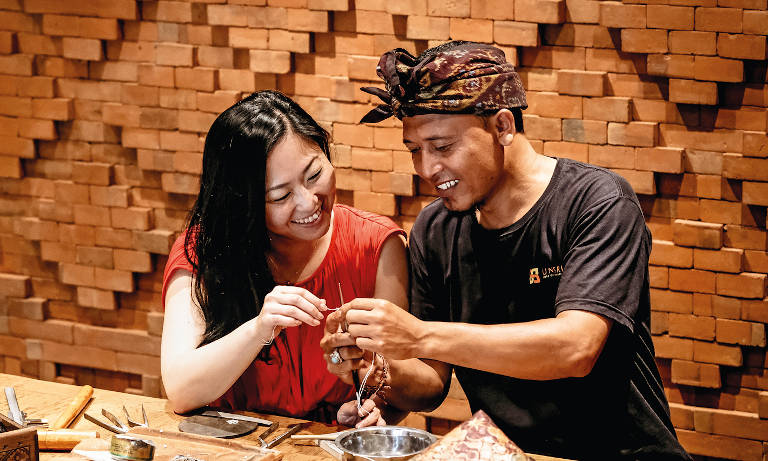 4 Places to Make Your Own Unique Bali Gift 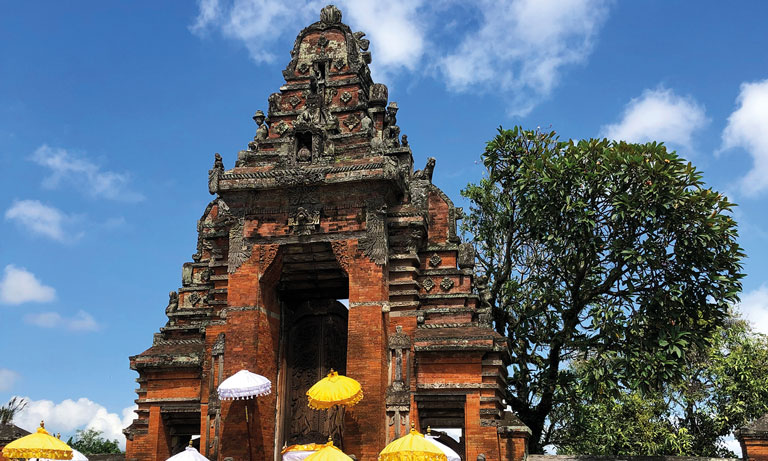 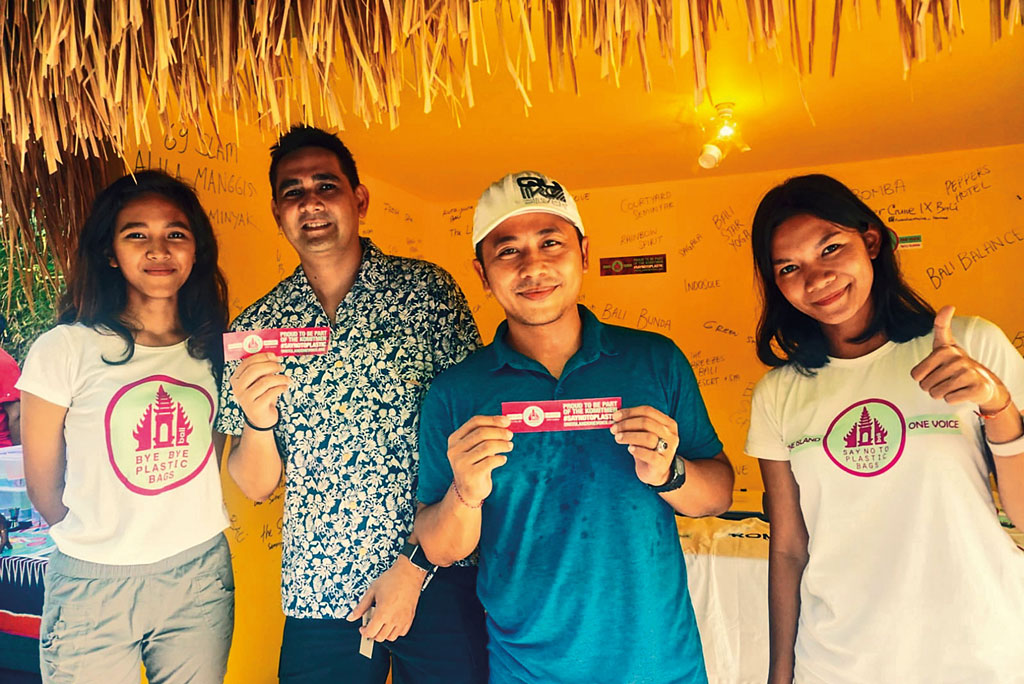 Say Bye Bye to Plastics with The Komitmen: An Interview with Melati Wijsen