One of Bali’s most iconic ceremonies is the Mapeed – or sometimes mepeed – where lines of Balinese women walk together as ritual. Our contributor Ayu Sekar shares more:

Out of the squalor and chaos of the market, a stream of waving long bamboo flagpoles or penjors start to appear. Accompanied by the sound of gamelan gong and crashing cymbals, more heads appear over the hill. Women dressed to perfection in full pakain adat (traditional dress) walking carefully through the rubble in newly acquired high heels and little girls painted up like dolls, are followed by boys in more regal gear.

Traffic stops. The pecalang (banjar guards) keep everyone in line, and photographers get in everyone’s way as they try for the perfect shot. Those not involved, sit on their stoops watching the show.

Makeup? No one is spared! When the gods are concerned, more is more. Boys, girls, young men and mature women are all painted up like princesses!

Of course after all the expense of a makeup session, selfies are mandatory, so before and after and during the rest stops, everyone is photographed to death. It is of course, a mark of prestige to be able to complain ‘oh I was photographed so many times! They just wouldn’t leave me alone!’ while retaining a demure demeanour. But it’s all good fun and I am sure the gods are as happy as the mortals to have so much respect shown to them!

The place? Sukawati. The Occaision? Odalan – the bi-annual birthday celebration for the Pura Desa – one of Sukawati’s main temples. It is a ceremony that every temple in Bali celebrates, with varying degrees of elegance and extravagance. The mapeed are made as a gesture of gratitude to the gods, but it a wonderful sight for us mere mortals as well.

Sukawati banjars are known for their extraordinary processions that can sometimes, for the really big ones, stretch for half a kilometer or so. Sukawati seems to have more lines of beautiful girls than anywhere else on the island and it is always fun to watch, along with other villagers, who are not involved in that particular ceremony.

The children lead, followed by gamelan and groups of married woman chanting ancient rhythms as perfumed smoke fills the air. The market was symbolic, at least to me – from the rubble and chaos arose the purified temple folk, transformed into celestial beings before their gods.

Later, as the procession finished and people were returning home, those godlike and gilded folk took their place on their motorbikes and the dream, the illusion hovered somewhere closer to reality. Wonderful Bali.

A Japanese Touch in Serene Ubud 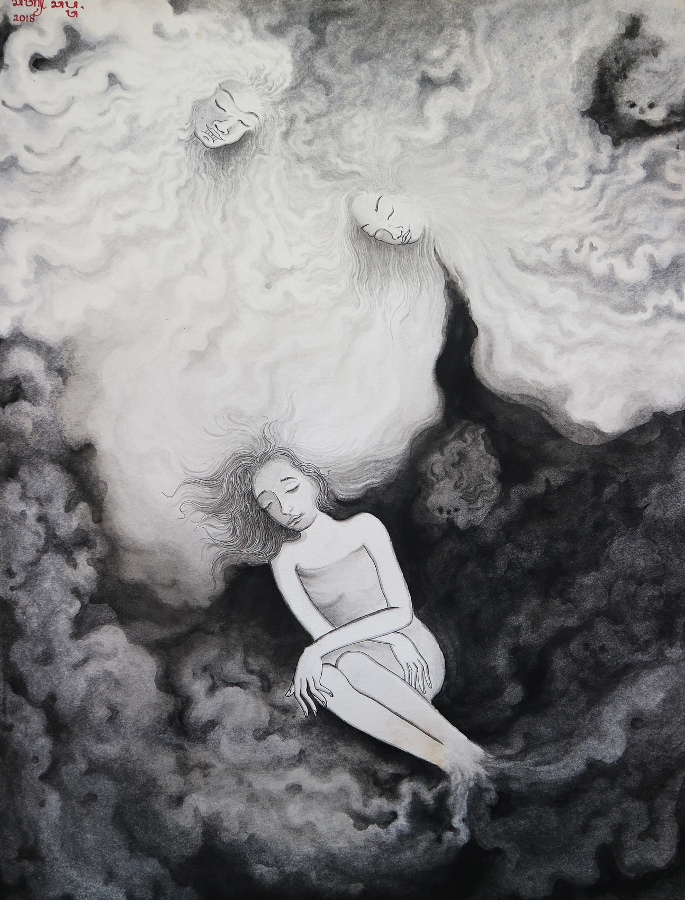 A Woman’s “Impurity” Within Balinese Belief 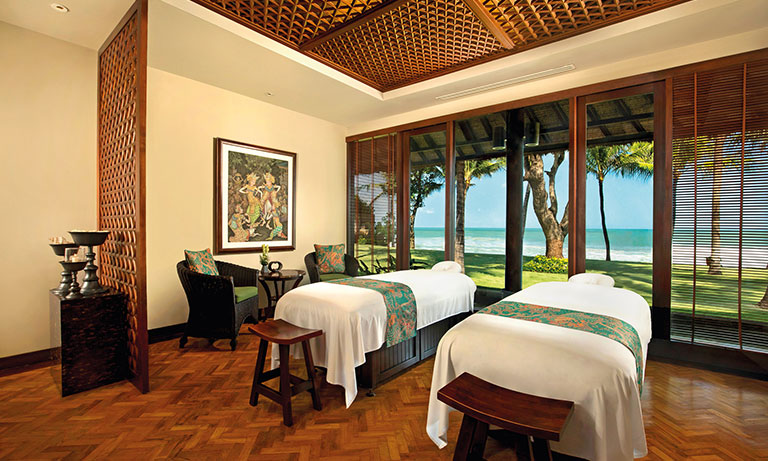 The Legian’s ‘Wellness’ Experience is Great for Him and Her