According to beliefs still common among the Balinese, there exists, parallel to the world of humans, another world, inhabited by ‘gamangs’. It is difficult to find a great deal about them, as they are said by some to be the spirit of the lost souls, or of men who have disappeared without leaving a trace…This later case is what happened, so the story goes, to the whole village of Candikusuma, which disappeared in the lost times of the past, swallowed by the forest with its 1000 inhabitants, all of them turned into gamangs and other invisible beings.

Against such background, there was a man by the name of Kemprot, from the village of Kaliakah, who had taken to making his living from the products of the forest. People thought of him as a kind of crazy man for doing so, but he was well behaved and well-spoken. In other words, he was a nice fellow.

When working in the forest, cutting trees or collecting bark, he was always alone, unheeding the dangers. When tired, or when the night came, he would lie under a tree and sleep on a bed of leaves.

One day, when he was working on a clearing he had opened among the trees to grow potatoes, he saw a little “boy” coming to him. The boy stopped and asked: “Hey, Kemprot, would you please give me a potato, as I feel hunger in this belly of mine.” Kemprot did not pay much attention to the size of the little boy and replied: “Just wait a minute. And he filled the little man’s bag till it was full. Only then did he say: “He, you little boy, where do you live?” “Just nearby”, replied the “boy”, “you may come and visit me whenever you like.” And he disappeared among the heavy bush. Kemprot was flabbergasted.

What could such a small boy do alone in the forest? Wherever he looked, Kemprot saw nothing but trees, and still more trees. There were no signs of any human life.

The following day, a little before sunset, the boy showed up again, as if from nowhere. Kemprot then inquired: “I tried to see where you went yesterday, as I intended to visit your parents, but I saw no place to call a home, no house, nothing but the bush and trees. Tell me where you live.” “I’ll show you, replied the boy, just there, to the East of the river.” Curious as ever, Kemprot followed his little comrade some distance, but, as soon as they had reached a big “kepuh” tree located at the East of the river, suddenly the boy was gone and nowhere to be seen.

Kemprot was now sure that the little man was the son of a gamang, one of those lost men from villagers’ stories. He told himself: “I’ll trick him, so I can know who his parents are”.

The following day, as he was now accustomed to, the boy came up and asked Kemprot: “Why didn’t you come to my house yesterday? I was waiting for you.” “I couldn’t follow you,” replied the older man, “so I had to go back” before adding playfully, “but why don’t you come yourself to my house? I have a young monkey there, I am sure you can have fun with him, and of course eat your fill.” The little boy accepted and, there soon he was, in Kemprot’s hut, enjoying himself with the monkey…So much in fact that, when the night came, he forgot to go home.

Suddenly a knock was heard at the door. Kemprot opened, to find himself face to face with a tall proud man who inquired in these words: “Sir, did you see a child around here. My child has disappeared, something that he never does.” “Ah, so you are the boy’s father,” replied Kemprot, your son is here indeed, and in good company. “Then, turning to the boy, he added: “Hey little boy, here is your father who worried about you. Go back home with him, and don’t forget to visit me as you now know the way.”

The two men –the human and the gaman—then talked. The little boy’s father was indeed a gamang from Candikusuma. They struck up a friendship and Kemprot was invited to visit. When he saw the village, it was to his surprise that it was exactly like any other Balinese village, with its walled compounds, temples, puri palaces and rice granaries. He thus understood that the world of humans is one world among many.

Back home, Kemprot never forgot his friends the gamangs. To them, when they visited, he would present rice and Balinese lawar, or just the fruits of his garden. In exchange they gave him a ring which, when he turned it, would take him to the gamang’s world.

After Kemprot passed away, no one knew anymore how to use the magical ring, and there were no more visits of the gamangs anymore. But they were still there, albeit invisible, and Kemprot’s children, to keep alive their friendship with their invisible friends, built them a special shrine by the village tallest kepuh tree. Until today, when Kemprot’s descendants marry or have a birthday, there always come among them, albeit invisible, a whole crowd of gamangs, their friends from the realm of beyond… 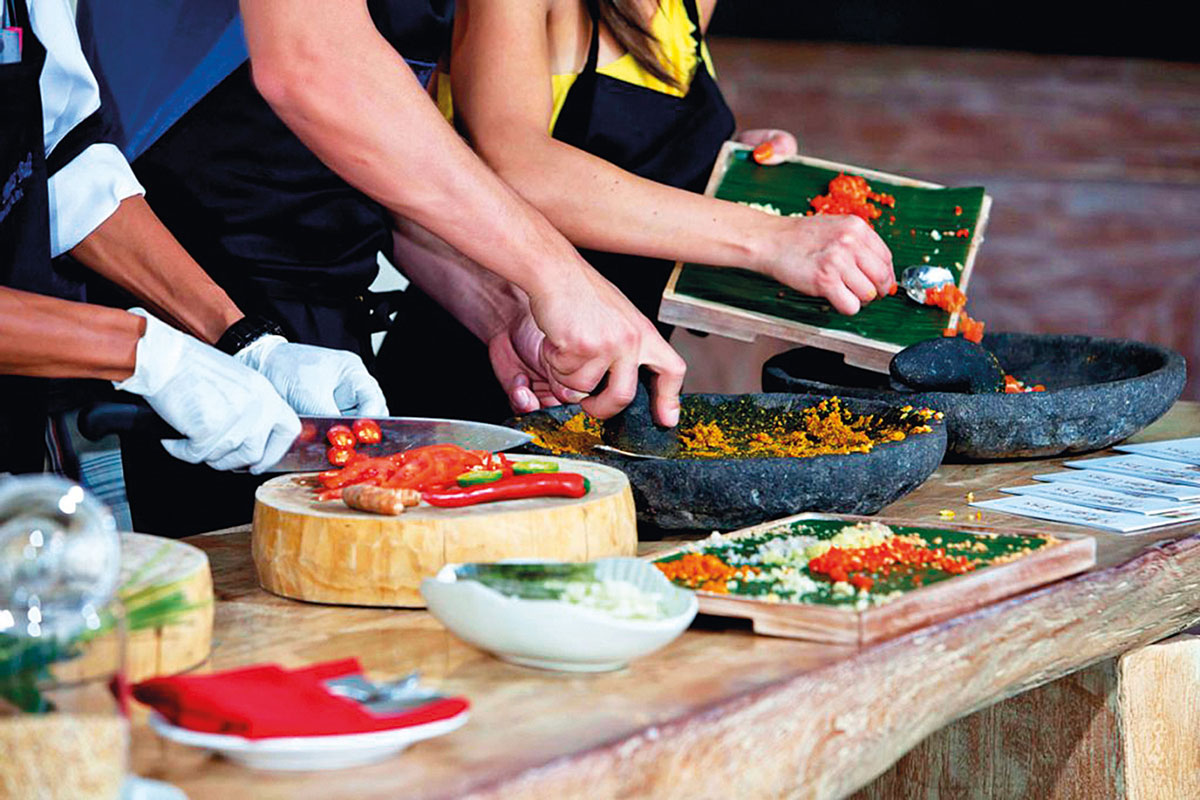 The Breezes Has Lots Cooking 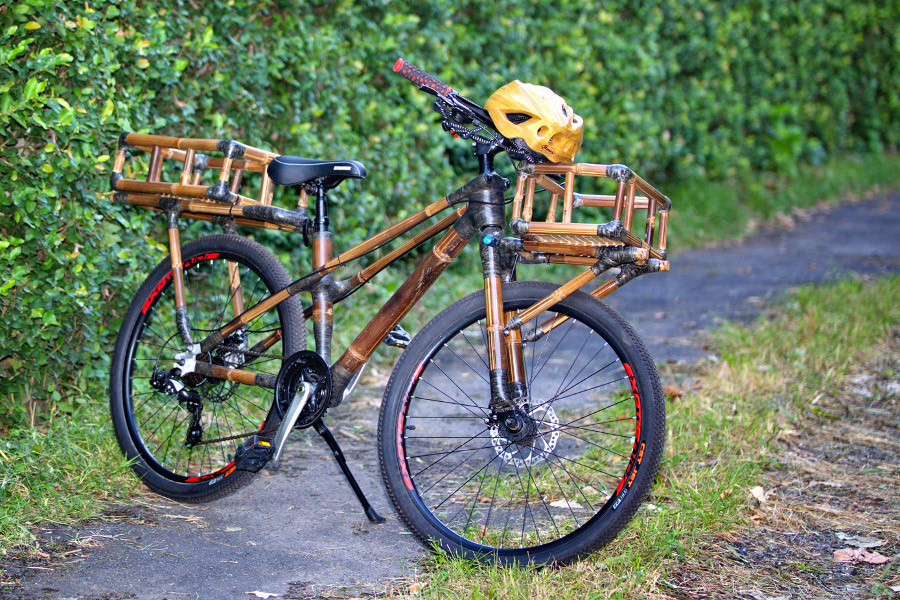 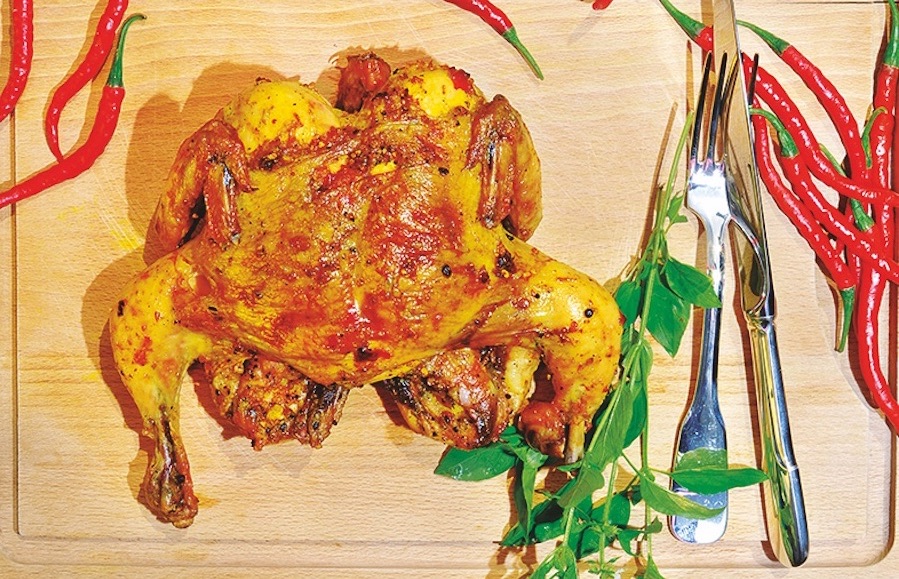 Sundanese Roast Chicken with A Twist 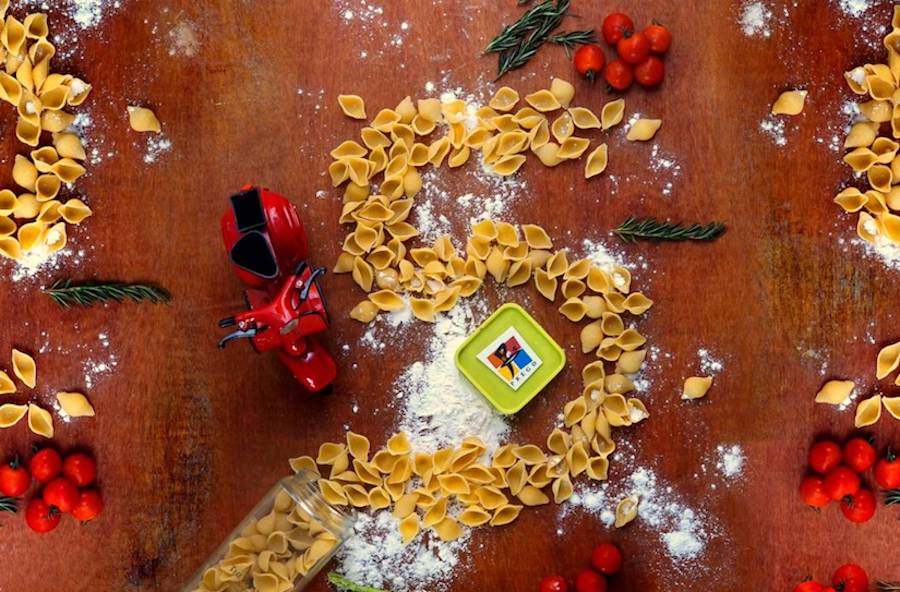 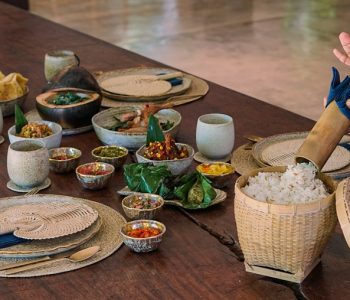