Found in most banjars across Bali, the distinct appearance of the Barong Landung characters are unmistakeable in the assortment of Balinese religious effigies. This conspicuous couple, always found together, are at face-value just symbols of an old Balinese love story. However, digging deeper, this historic husband and wife drama speaks not of love, but of identity. It is symbolic of Bali’s multi-ethnic and multi-religious history, and ultimately of the centuries-long relationship the island has had with China.

Around the Galungan festival which takes place every six-months, the Barong Landung pair are brought out in parade. The word landung is Balinese for ‘tall’, aptly describing these puppet figures, towering up to 3 metres when they are worn on the shoulders of the solo carrier or performer. Unlike Bali’s other barongcharacters which are zoomorphic, the Barong Landung are anthropomorphic, i.e. display a human rather than animal appearance (Bandem, I M. 2002).

When paraded, the Barong Landung taken on the holy role of cleansing and exorcising, just like other barong. Though in performance and dance they can be entertaining or educational, a Balinese version of Punch and Judy. With such displays it is easy to see why their deeper symbolism can go unnoticed.

Despite being a pair, one man and one woman, their appearances are distinct from one-another. The male figure has a dark complexion, his face is scrunched and rough, and his teeth protrude. As for his counterpart, the female figure has pearl-white ‘skin’, her features are soft, her mouth delicate with scarlet lips and her eyes are slanted. Though both dressed in regal Balinese attire, their deliberate facial designs present the contrast of halus (refined) and keras (rough), a feature in Balinese mask carving to clearly display the stature and nature of a character. Add to that the difference in complexion and the female figure’s eyes, it is obvious that this is a multicultural couple.

As puppet figures they are often referred to as Jero Gede, or big man, and Jero Luh, his wife. But who these figures symbolise, why they are such a central part of Balinese ritual today and what they ultimately represent is what makes the Barong Landung so interesting.

The history of the Barong Landung is, as is often the case in Bali, shrouded in myth; histories are told in folkloric fashion, imbued with the supernatural. Or perhaps embellished over the centuries through an intergenerational Chinese whispers.

The story most backed by recorded court chronicles tells of the 12th Century King of Bali, Sri Aji Jaya Pangus. During his reign, a ship from China came to Bali on which travelled a Chinese woman with her father. Her name was Kang Cing Wi. Her face was soft, delicate and kind, her skin glistening white. King Jaya Pangus was instantly enamoured by the beauty of his visitor — so much so that he asked for her hand in marriage.

This was not welcome news to the King’s priests, who warned Jaya Pangus that his betrothed did not share the same religion as him. She was Buddhist, he was Hindu. The gods would not approve of such a matrimony! However, what a king wants, a king gets: Jaya Pangus and Kang Cing Wi were married, making her the Chinese Queen of Bali.

It seems the priests were right. On their wedding day, the sky released the fury of the gods with a torrential rain said to have flooded all of Bali. The King and his new Queen found refuge in the highlands, settling down in Kintamani, within the Batur caldera.

Yet still the gods denied them happiness: Kang Cing Wi was unable to bear a child, labelled as barren, lending her the cruel nickname ‘Dewi Mandul’. Jaya Pangus went to pray at Lake Batur, to ask for mercy. Instead he was met by Dewi Danu, the Goddess of the Lake. The two eloped, an affair of kings and gods, which resulted in the birth of a child, Mayadenawa. For those who recognise the name, Mayadenawa later becomes a central antagonist in many of Bali’s later legends, including that of Galungan.

Inevitably, the lonesome Chinese Queen goes in search for her husband, finding him now with a new family, bearing a son. An epic fight ensues: Kang Cing Wi’s discovery of Dewi Danu and Dewi Danu’s discovery of the King’s previous marriage. Things do not bode well for the two-timing King.

The ending to this tragic love story has many versions, and the version depends on the desired narrative of the storyteller.

Those in support of multiculturalism say that Kang Cing Wi allowed the King to keep his second wife, with conditions. These included: filling down his canines to show the curbing of his love-lust; normalising the use of the Chinese currency qian across Bali; and building Chinese temples or at least shrines within Balinese temples. This ending helps to explain how current rituals came to be: the Balinese metatah tooth-filing, the use of Chinese coins (or kepeng) in ceremonies, and indeed there are Chinese shrines in Hindu temples across Bali.

Now, this ending lends a lot of credit to the Chinese and their influence in Bali, which not everyone is in support of. Religious or even ethnic conservatives accept that some kind of settlement was made between the parties, but the moral of the story focuses more on the Queen’s inability to bear a child, using this narrative as a deterrent of inter-faith or perhaps even inter-ethnic marriages.

There is, at least, a neutral ending, neither for or against, which states that the higher gods punished all three parties for their combined adultery, jealousy and lack of purity. Jaya Pangus and Kang Cing Wie were thus immortalised as the Barong Landung, a reminder of the consequences of one’s actions, or dharma.

Whatever ending one chooses to believe, it does not negate the fact that the Chinese have had a profound effect on Balinese culture, and their historic presence is still witnessed to this day.

In Kintamani, one will find Pura Penataran Agung Dalem Balingkang, a temple that pays homage to Jaya Pangus and Kang Cing Wi – it is named after the couple, combining the words Bali and Kang. A Chinese shrine is found inside this Balinese Hindu temple. This is said to have been the royal couple’s place of refuge and is symbolic of the fusion of Hinduism and Buddhism which is characteristic of the Balinese religion. “Even today the Balinese refer to The Spirit of Balingkang when they want to emphasise that there is tolerance and peace between Buddhists and Hindus on Bali,” (Gottowik, V. 2010).

Other examples of this Chinese-Balinese cultural fusion exists, more evidence is seen in the use of the Chinese coin, the kepeng, in Balinese religious rites. A notable ritual is when building a new family or public temple, the coins are buried at the site, mendem pedagingan. The make-up of the coins are also imbued into Balinese philosophy, “believed to contain the five elements of metal (panca datu) which symbolise Panca Dewata, five key deities.” (Sendra, M and Kristanto, Y. 2019). Interestingly, Kang Cing Wi in her deified form is prayed to when worshippers ask for wealth or prosperity; it was said that during her time as queen Bali was indeed prosperous and benefitted from her Chinese connection.

The Balinese rice terraces, the zoomorphic barong figures are amongst other ancient Chinese influences.

Ultimately, without having to justify the origins of rites and rituals, the fact that the Barong Landung puppets continue to be central to Balinese Hindu ceremony shows the acceptance (if not celebration) of a Chinese figure and Chinese history. Thus, these effigies are more than just the Jero Gede – Jero Luh puppet show; they are more than the cleansing tools of Galungan; they are more than symbols of an ancient love story. They are symbolic of the multi-cultural, multi-faith and multi-ethnic tolerance that exists in Balinese Hinduism.

To hone this point down, we go to the other origin story of the Barong Landung, the more mythological story, not tied to recorded babads (chronicles) and praspati (edicts).

It shares that the male figure represents a Dravidian from ancient India (Bandem, I M. 2002), hence the darker complexion; and again a Chinese woman. The story follows these characters stuck in a Romeo and Juliet situation, forbidden to love one another, coming from opposites sides of different camps, in this case Buddhism and Hinduism.

So strong was their love that the two fled their homes and searched the world for somewhere they could live in peace together. They landed on Bali where their Hindu and Buddhist backgrounds merged and the future generations would be their descendants, shown by the chocolate complexion — a mixture of their white and dark brown skin.

Whilst this cannot be the literal history of Bali, it’s symbolism is poignant. This Barong Landung story speaks of a Balinese self-awareness, that their culture is a merging of outside influences, that of India and of China. “They [Balinese] come close to so-called post-modern positions. Vis-à-vis India and China, their island is perceived as a third space where cultural influences converge,” explains Gottowik (2010). In this context, the worship of the Barong Landung puppets is simply ancestral worship, very characteristic to Balinese Hinduism: Jero Gede and Jero Luh are their kawitan.

So, beyond the love story origins of Barong Landung, the puppets are symbolic of a historical pluralism… but, if we wish to put a romantic spin on all of this, then we can. We can say that Bali was the chosen destination for these rejected lovers, who found refuge on this magical island and started a tolerant, accepting society for centuries to come.

That seems like a happy ending we can all agree on. 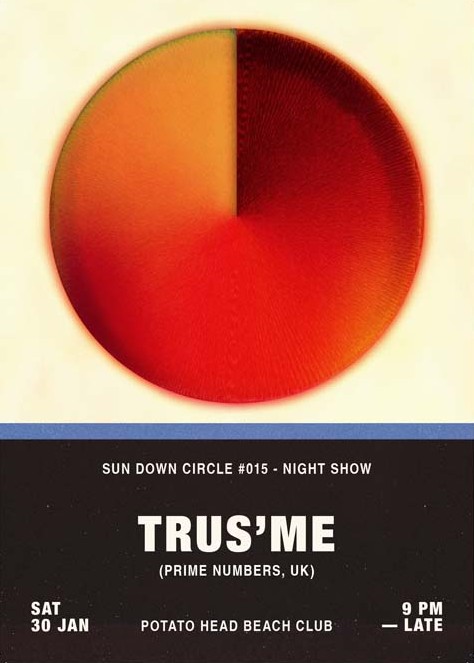 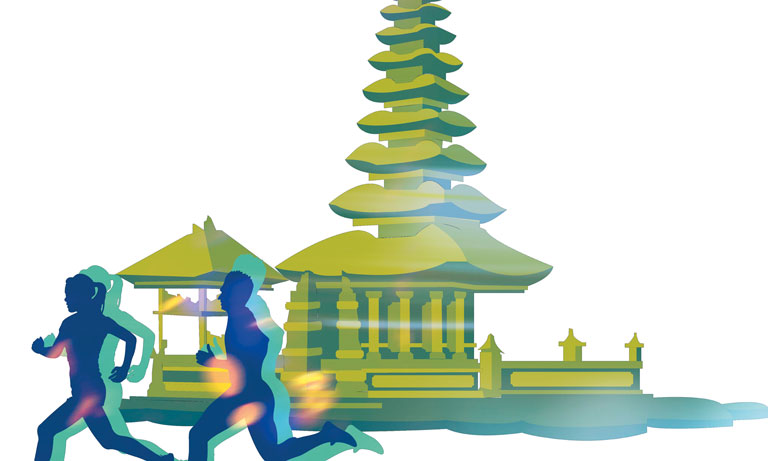 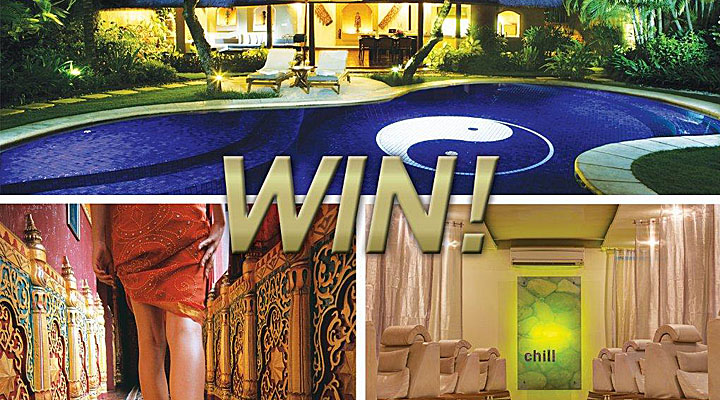 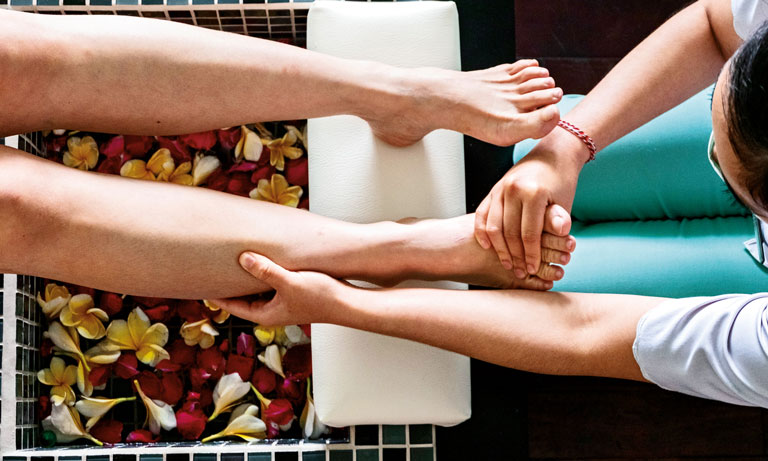